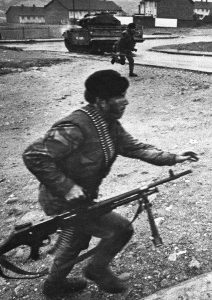 Operation Motorman was launched to retake ‘No Go’ areas in Derry and Belfast after the breakdown of the IRA ceasefire and Bloody Friday, 21 July, when the IRA planted bombs in Belfast, killing 9.

The authorisation to use heavy weapons is detailed in the operational orders, only released to the UK National Archives in 2019. They are signed by Brigadier MacClelland, 8th Infantry, Ebrington Barracks, Derry.

The British Cabinet had approved both the relaxation of regulations to enable soldiers to “fire without warning” and, “for this operation only”, the use of heavy weapons.

The weapons authorised — the Carl Gustaf anti-tank weapon and two inch mortars — are battlefield weapons, used in open warfare. Company commanders could fire them “against positions from which there is sustained hostile firing”.

If fired, they would have devastated homes and caused severe casualties among civilians in the Bogside and Creggan. Fortunately, this did not happen, as the IRA did not offer any resistance.

Despite this, British soldiers shot and killed 2 teenagers and wounded another 2 in Creggan.

In 1998, Heath, admitted in his autobiography, The Course of My Life, that “we had the RAF on standby and the navy offshore below the horizon”, ready to intervene if they met the expected “fierce and bloody resistance”.

The amphibious, assault ship, HMS Fearless, which had delivered four Centurion tanks, with front blades, to smash through barricades, was anchored near the mouth of Lough Foyle.

Fearless could operate a flight of assault helicopters and was armed with the Seacat guided missile system and two 40mm Bofors guns. The Harrier jet could also use its large landing platform.

In 1966, Fearless conducted two operations to land troops, vehicles and RAF helicopters to attack rebels in Aden. It also operated during the Falklands War in 1982.

The ship’s log may give an indication that there was a role for Fearless during the military operation. The entry for 03.25 hours is: “ship at pre action”. Operation Motorman was to begin at 04.00 hours.

As regards the RAF, it was tasked, in official battle orders, with supplying 6 Wessex helicopters and two aircraft – at 24 hours notice. The aircraft were recalled from Exercise Sky Warrior. 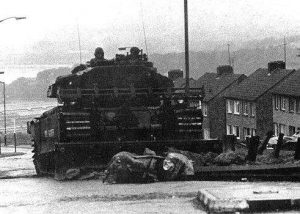 In 2015, after the death of General Ford, Lord Lexden, official historian to the Conservative Party and now a Deputy Speaker in the House of Lords, stated that Heath had asked General Ford, then Commander Land Forces, before the operation, if “he thought there might be up to 100 casualties?

‘I think that up to 100 would be politically acceptable’, Heath said coldly.”

Of the operation itself, Heath said — “the night of Sunday 30 July was one of the worst of my life. I stayed up at Chequers waiting for word of the operation. When Willie (Whitelaw) phoned me on the stroke of 6 a.m., I feared the worst.

In fact, despite the deaths of two civilians, the operation was successful, and the rule of law was, so far as possible, restored to ‘Free Derry’.”

Seizing and occupying schools was central to the operation — both as accommodation and bases to patrol and “dominate” areas. 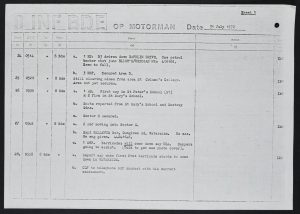 Brian Walker, then a BBC journalist, recently wrote about the morning of Motorman:

“One regiment occupied the old St. Columb’s College at Bishop Street to survey the area (Brandywell) from the heights above.

Invited in to observe, I felt compelled  to rebuke the colonel for displaying the regimental silver on the college’s high table like an army of occupation.

As we spoke, three IRA bombs went off, without warning, in Claudy, 10 miles away from Derry, killing 9.” 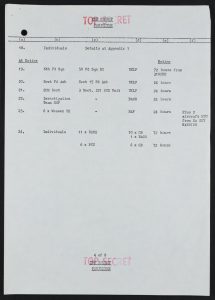 In October 1998, Heath clarified his comments to the Independent in London  about the possible role of the RAF and Navy during Motorman. He confirmed that the British forces were not stationed to carry out an evacuation.

“We were taking over the whole of the Bogside. They would just have to intervene in any battle that was going on.”

We have the records about the authorised use of heavy weapons.

Released Cabinet papers from 1972 do not reveal Heath’s plan —  nor the worst he feared.

It is now time for the British Government to release records about Heath’s plan to use the RAF and Navy against Free Derry if they had met the expected “fierce and bloody resistance”. 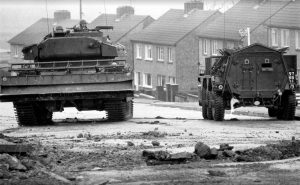