No one who had the misfortune to serve in the Garda during Larry Wren’s bible thumping Reign of Terror as Garda Commissioner, 1983 – 1987, is in the least bit surprised by the Medieval cruelty meted out to former Garda Majella Moynihan by Wren and his lackies when she was a young recruit. 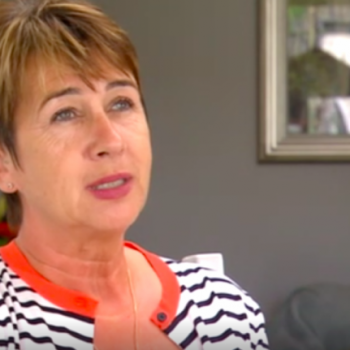 Wren was a near daily communicant at St Brigid’s Church, Blanchardstown.  No wonder he consulted the Archbishop of Dublin, Kevin McNamara, about the Moynihan case. McNamara told him not to fire her in case it might encourage others to have abortions.

Other women were treated horrendously by the Garda before the Wren era began but it was only under his commissionership that a young woman garda was subjected to a disciplinary hearing at which she was:

And, as the world now knows, Majella Moynihan was dragged into a room full of middle-aged men, sat down in the middle of them and grilled about her sex life.

She was also coerced into giving up her child. 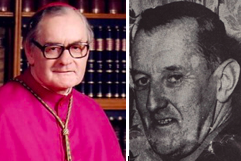 But did you know that Wren was once put on ‘trial’ himself by the Gardai? The prosecution was held in absentia  by a group of his Garda subordinates who could not tolerate his nasty, malicious and mean-spirited abuse of them. One night a group of them found themselves in a hotel restaurant after hours. A going away dinner had been held for some Gardai who had been ‘disciplined’ by Wren and were being exiled to another district i.e. uprooted from their families and friends. Someone had the bright idea of ‘putting’ Wren on trial. One after another they took their pint glasses into the impromptu ‘witness box’ to disclose one true-life Wren instigated disciplinary horror story after another. The verdict at the end was a swift ‘guilty’; the punishment ‘death’.

One unfortunate participant had imbibed so much alcohol, he could not distill reality from fantasy and went off and got a gun. He went to Wren’s home, called him to the window and then literally – yes literally– discharged a shot at him. Wren survived because he slammed the shutters on the window when he saw the Garda lifting the gun to aim at him. The Garda later entered an asylum.

How Taoiseach Garret FitzGerald and Tánaiste Dick Spring (of the Labour Party no less) saw fit to appoint this relic from the past as Garda Commissioner in 1983 is a mystery. Another riddle is how the staff of The Irish Times rejoiced at his appointment.

In retirement Wren displayed his piety and Christianity at the daily mass at St Brigid’s. He became President of the North Dublin Conference of the St Vincent de Paul and, like the hypocrite he was, served as a member of the Third Order of St Frances. Laughably, he led the Garda Pilgrimage to Lourdes. One shudders to think of how much fun those trips were.

When Wren died, he was described by The Irish Times as having had “a clear, incisive mind and a reputation for straight dealing”. Yes, ‘straight dealing’. In reality, Wren was more than just a misogynistic, extreme Catholic bigot. He was in fact a criminal to whom ‘straight dealing’ was an alien concept. Sneakiness was his true hallmark. This charge is not levelled lightly. One day Village will tell the story of how Wren and another senior officer conspired with an agent of MI6 to kidnap an Irish citizen. The plot was hatched in Garda HQ with the MI6 agent present, having been smuggled into Garda HQ in the back of a car by the ‘Badger’, the well-known MI5/6 agent in the Garda. The true story of how he manoeuvred in the background to position himself to become Garda Commissioner will also be disclosed. It will add a new dimension to the word ‘sneaky’.

When Majella Moynihan sought her personnel file a number of years ago, parts of it were copied but vandalised by redactions before being handed over to her. The file has since allegedly disappeared. She learnt of the disappearance two years ago. It is to be hoped that there will be an inquiry and all of those present at the Kangaroo court which roasted her will be named and shamed. Village is aware of those who conspired with Wren to assist MI6 dirty tricks in the Republic. It will be fascinating to see if misogyny, hypocrisy and illicit co-operation with British Intelligence went hand-in-hand when the names become available.