If there’s been one new idea introduced into the discourse by the 2016 commemorations, we haven’t registered it.

The Rising was an irrational response to a colonialist foe. The proper approach would have been to analytically survey the strengths and weaknesses of the occupying power, and to have respectively avoided and exploited them with the view of achieving specific military and then political goals.

The fact the Rising was a martyrdom, with in Pearse’s case a Resurrectionist underpinning, is a very bad start to a nation. This has been debated for its ethical ramifications but the political ramifications have been more dangerous and pervasive.

The indulgence of mythology in politics pervaded the civil war and the parties it spawned, the 1937 Constitution and the perpetuation of non-specific Republicanism with no stress on parties that would actually stand for something like an ideology, most obviously a left or right agenda, or the data-and-evidence-based policies it might have spawned. Connolly himself considered some of the revolutionaries were motivated, according to Edward Townsend in his recent history of the Rising, by “either vacuous romanticism, or a mindless commitment to ‘physical force’ without social content’”.

The Proclamation came nearly a century and a half after the American Declaration of Independence and the French Declaration of the Rights of Men. It should have been more secular and more explicitly egalitarian. While celebrating the training of its “manhood”, it did at least summon both men and women to the cause, though why it didn’t just refer to people is a good question, the phrase “suffrages” suggests some form of parallel franchises may have been intended, and worst of all for some (ungallant?) reason Cumann na mBan’s role is not registered in the Proclamation, though it is generally recognised as the unsung third participant in the Rising. The Proclamation should not have summoned in aid any (expansionist German) gallantry from Europe, assuming it was viscerally anti-colonial.

It is not difficult to summon declaratory or constitutional principles. It was not then and it is not now. The principles must be transcendent. They must not date.

Equality, Freedom, Sustainability, Efficiency, Openness would have done it.

Article I of the Declaration of the Rights of Men [sic] isn’t bad: “Men [sic] are born and remain free and equal in rights. Social distinctions can be founded only on the common good”. Not getting it quite right (and the replacement of the brutally executed culturally imaginative 1916 leaders by mediocrities and religious zealots) opened the door to the mean weirdness of the 1937 Constitution which is invoked in the name of the holy spirit “from whom is all authority” and recognises the special position of its womanhood but only because of “her life within the home”, and the associated “duties”.

If Ireland in 2016 is not serious about either ideology or policy it is in part because the grounding documentation of the republic depends on mythology, on religion, on machismo. None of our politicians seems imbued with an iota of political philosophy and it passes for a credo to believe in a Republic (as opposed presumably to a monarchy) without any positive definition of what precisely that imports, for then, for now, forever. 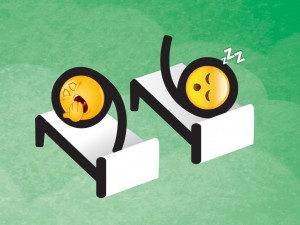 This is no small thing. 100 years on we still have parties with no ideology and no driving policies. We have a short-termism which survived one of the worst governments in the history of the state. We have as our two biggest parties, dinosaurs almost indistinguishable the one from the other. We have a Labour Party which is prepared to sell out a fundamental vision each time it enters government and we have radical left parties that prefer to campaign on opposition to water and property taxes rather than promote the simple internationalist socialist message of equality. Indeed ironically this ‘revolutionary socialist’ stance is rooted in the campaign-for-the sake-of-it mentality that drove most of our revolutionary conservatives.

The proclamation and its idealistic progenitors looked to the past and the present. Their analysis was not inaccurate. But they did not lay down any or any adequate template for the future. Their lack of interest in doing so partly explains the lack of interest of our current political generation in doing so.