One value of the 1916 Rising commemorations is to highlight the contrast between the aspirations of those who set out to establish an independent Irish State for the whole island of Ireland and the reality of what exists today – a partitioned country whose native language, Irish, is on the point of death as a cradle-spoken tongue, and in which the State that did come from the independence movement has been reduced to provincial or regional status in a supranational EU quasi-Federation that now makes most of our laws.

The Easter Proclamation read: “We declare the right of the people of Ireland to the ownership of Ireland and to the unfettered control of Irish destinies to be sovereign and indefeasible”.

“Indefeasible” means cannot be lost. That right may notionally exist still, but the reality of a sovereign Irish State in which its own Parliament and Government are the sole source of the laws prevailing in its territory has clearly been lost, as with the 27 other EU countries, through membership of the EU. Growing public awareness of this fact, in Ireland and other EU countries, is at the root of the current EU discontents.

Realisation of the implications of supranational EU law being given primacy in this way over the provisions of the 1937 Irish Constitution that he had personally drafted led then President Eamon De Valera to say, somewhat poignantly, to his family on New Year’s Eve 1972, the day before this change took place: “I am the first and last President of an independent Irish Republic”. So Eamon O Cuív TD, De Valera’s grandson, who was present on that occasion, told me*.

The loss of independence has gone much further since. In 1999 Ireland abolished its national currency and joined the Eurozone, thereby abandoning control of either its rate of interest or its exchange rate – the former essential for controlling credit, the latter for influencing economic competitiveness. EU Commission President Romano Prodi underlined the political significance of this when he said at the time, “The two pillars of the Nation State are the sword and the currency, and we have changed that”.

The 1987 Single European Act, the 1992 Maastricht Treaty, the 1998 Amsterdam Treaty and the 2001 Nice Treaty saw further growth of EU powers and simultaneous diminution of national State powers. This culminated in the 2009 Treaty of Lisbon, which gave the EU the constitutional form of a supranational Federal State.

Lisbon incorporated 99% of the provisions of the Treaty Establishing a Constitution for Europe that had been rejected by French and Dutch voters in referendums in 2005. Whereas the rejected constitutional treaty gave the EU a Federal Constitution directly, the Treaty of Lisbon did so indirectly, in the form of amendments to the existing EU treaties.

Although the legal content of the two treaties was virtually the same, the French and Dutch were not allowed referendums on Lisbon. Ireland was the only EU country to be allowed that, because of the Supreme Court’s decision in the 1987 Crotty case that, as the Irish people were the repositories of State sovereignty, only they could agree to surrender it to the EU through a referendum. When Irish voters rejected ratifying Lisbon in 2008, they were made vote on exactly the same treaty the following year to deliver a different result.

In the Lisbon Two referendum the constitutional amendment permitting Lisbon’s ratification differed from that in Lisbon One in that it included the sentence: “Ireland affirms its commitment to the European Union…”. Here was a supposedly independent Irish State affirming a constitutional “commitment” to a superior entity made up of other States – surely a remarkable development? Yet the Explanatory Handbook which the statutory Referendum Commission sent to all voter households, supposedly to inform them what the referendum was about, made no reference to this change. Neither, so far as I know, did anyone in the Irish media.

One can only be a citizen of a State. Before Lisbon, citizenship of the then embryonic EU was stated to “complement” national citizenship. It was an essentially notional or honorary concept. The Lisbon Treaty provided that EU citizenship should be “in addition to” one’s national citizenship, just as citizens of provincial states like California, Massachusetts, Bavaria or Brandenburg have two citizenships, for they are citizens also of their respective Federal States, the USA and Germany.

Lisbon also gave explicit primacy to EU law over national law for the first time in an EU treaty. In most years nowadays arguably the majority of laws that are put through the national Parliaments of the EU Member States come from Brussels, although most people do not realise this. Eur-Lex estimates that there are currently some 134,000 EU rules, international agreements and legal acts binding on or affecting citizens across the EU. These include 1842 EU Directives, 11,547 Regulations, 18,545 Decisions, 15,023 EU Court verdicts and 62,397 international standards which the EU has signed up to and which are therefore binding on all its 28 members. If a Member States does not obey any one of these, the EU Court of Justice can impose heavy daily fines to enforce compliance. 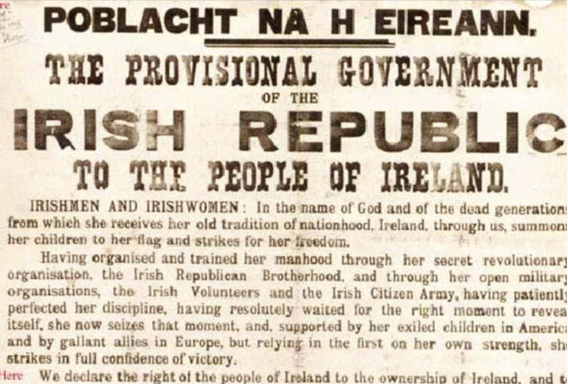 The EU Treaties prevent voters at national level, their parliaments and governments from amending or abolishing a single one of these laws or rules. Any move entailing changes to the Treaties requires the unanimous agreement of the governments of all 28 Member States. Any change to these other rules requires either unanimity or a qualified majority vote. This is the practical problem facing those who think that the EU can somehow be democratised or turned into a “Social Europe”.

The EU Treaties effectively shift power away from citizen voters in all EU countries and from small and middle-sized Member States to the larger ones and to the unelected Brussels Commission.

The post-Lisbon EU now has its own government with a legislative, executive and judicial arm, its own political President (Poland’s Donald Tusk), its own citizens and citizenship, its own human and civil rights code, its own currency, economic policy and revenue, its own international treaty-making powers, foreign policy, foreign minister (High Representative), diplomatic corps and UN voice, its own crime and justice code and public prosecutor’s office. It already possesses such State symbols as its own flag, anthem, motto and annual official holiday, Europe Day, 9 May.

As regards the ‘State authority’ of the post- Lisbon Union, this is embodied in the EU’s own executive, legislative and judicial institutions: the European Council, Council of Ministers, Commission, Parliament and Court of Justice. It is embodied also in the Member State and their authorities as they implement and apply EU law and interpret and apply national law in conformity with Union law. This they are constitutionally required to do under the Lisbon Treaty, just as in any Federation.

Thus EU ‘State authorities’ as represented by EU soldiers and policemen patrolling Europe’s streets in EU uniforms, are not needed as such. Their absence makes it all the easier to hide from ordinary citizens the reality of Europe’s hollowed-out nation States and the failure of their own mainstream politicians to defend their national independence and national democracies.

Whatever this is, and whether one thinks it is a good thing or not, it is certainly not “the unfettered control of Irish destinies” which the men and women of 1916 fought and died for.

* He was presumably referring to the fact that in 1917 he was elected President of the post-Easter Rising Sinn Fein, whose policy aim was to obtain international recognition of Ireland as a Republic. He was then elected as “Priomh Aire” (Prime Minister) of the first Dail following the 1918 general election and was referred to as “President of Irish Republic” during his year in America in 1919 and was generally and popularly so regarded by Irish nationalists in the pre-Treaty period, and of course he continued to be so regarded by the anti-Treaty side during the post- Treaty Civil War.

His statement then implies that he regarded Irish accession to the then EEC in January 1973 as ending the full independence of the Irish Republic that was based on the Constitution he had himself drafted in 1937, under which all laws for the Irish State were made by the elected Oireachtas, for of course that situation changed following EEC accession, when EU law was given constitutional primacy over any conflicting Irish law.

De Valera would certainly have regarded his predecessors Douglas Hyde and Sean T O’ Kelly as presidents of an independent Irish Republic, but his statement implies that future presidents would not be presiding over a State that was independent, and that would be O Cuiv’s and my own interpretation of what he said.