have absolutely nothing left to lose. Being told to vote responsibly is likely to goad them into a further radical response. They have had their fill of being patronised. Socialist Party leader, Joe Higgins, knows better than anyone the galvanising effect
of the water-charges issue. The water-charges campaign not only helped to get him elected in 1997, but also forced the Labour Party into a climbdown on the issue in 1996. The same pattern is about to re-emerge. The election of Murphy will force the Shinners into adopting a much more hard-line approach, if they are not to be outflanked
on the left. This in turn will exert enormous pressure on Labour Party rank and file, who will let their individual TDs know that they can’t take any more. It would be interesting to know how many of those who marched on 10th October voted for Labour the last time. The rebate concessions on the water charges made in the budget are unlikely to satisfy people who now feel that they have the Government on the run.

This demonstration was not a one-off. The next one in November could be bigger, increasing the pressure on beleaguered backbenchers. Those protestors who have talked to Joe Duffy on ‘Liveline’ have spoken about their sense of ‘empowerment’, ‘solidarity’ and even ‘elation’, feelings that they haven’t felt for quite some time, least of all in their contemplations on the Labour Party. Now that they can sense victory, they won’t give up easily. They know that the water charge is not primarily about water conservation but about increasing the profits of Irish Water, a company that will be privatised in the future.

If Labour really want to win back some credibility on this issue, they ought to give consideration to the proposal made by the Greens. Éamon Ryan has suggested inserting a clause in our Constitution to prevent our water resources falling into private hands. Joan Burton, if she has any survival instincts left, should ask Máire Whelan, the Attorney General to start drafting a suitable amendment immediately. The referendum could be held on the same day as the Marriage equality vote. It could be a double victory for the Labour Party. Just a thought, spared for the Labour Party.

As it a mere co-incidence that the election of Paul Murphy took place at the same time as the biggest ever anti-water charge demonstration; or was it just a case of Jungian
synchronicity? Jung’s theory on the ‘collective unconscious’ can sometimes be a better guide to understanding history than a description of events. How does the historian analyse a mood at a particular time? It’s still difficult, for example, to understand what was happening in the German psyche in 1933/34 when democracy was abandoned. Now, I’m not for a moment comparing the anti-water charge protests with the end of the Weimar Republic and subsequent events. But on Saturday the 10th of October, something very significant happened, a mood change that is hard to define. It was as if the vacuum – the gap between the rhetoric of economic recovery and harsh reality of people’s lives – was filled by an air of outright defiance. And it was those most in touch with this feeling who triumphed in the by-elections. The more nuanced anti-water charge message of Sinn Féin was swept aside by the visceral soundbites of the Anti-
Austerity Alliance/socialist Party: ‘Axe the tax’ and ‘can’t pay, won’t pay.’ No complex neurotransmission required there, but that’s the essence of good communication, and the newly elected Paul Murphy is, if nothing else, an excellent communicator. As
one of the most effective MEPs, Murphy was very unlucky to lose his seat in the european elections. The publicity he garnered on that campaign stood him in good stead for the by-election in Dublin south West. He now joins his comrades, higgins and Coppinger to form a solid trio of political predators who will mercilessly hunt down any Labour Party stragglers.

Just watch as the Labour Party herd is thrown into confusion. It’s unlikely that Joan Burton, who is now seen as the bête noire by protestors after her insulting gaffe about smartphones, can provide them with any extra protection. Those within Labour who believe that her personal popularity can help save seats are badly mistaken. It may not even be enough to save her own seat. Certainly, there was no sign of the ‘Burton bounce’ in Dublin south West with the party vote declining from 36 per cent to a mere 8 per cent. It does not augur well for the General election in 12 months time (my prediction). Murphy will be re-elected and Labour lose both seats here. Again, the political cognoscenti will tell you that these by-election results are nothing but an aberration and that people, when push comes to shove, will revert to sensible voting
patterns. But why would they do that? Right now with the mood veering from indifference and desperation to anger and defiance, the disenfranchised feel they The Labour Party needs to address national defiance with radical action on water charges
defiance triggers hunger 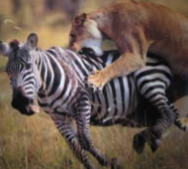