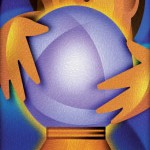 A turbulent decade is over and hopefully in this year all over the world we will quickly clean up a global mess and move on. It won’t be an easy task to disentangle two major wars, sort out delinquent banks and get some sense of control over our economic and environmental destiny but we do need to inject some confidence and hope into our psyche.

Some of the despair that I hear in the voices of people who talk and write to me is rooted in their belief that our political institutions are not fit for the great purpose of economic and social renewal. It is hard to disagree with that judgment. It really is the single most pressing issue that Ireland needs to confront as soon as possible in this new decade.

We have all the trappings of a modern robust democracy: political parties, parliamentary procedures, laws that require ministerial accountability, regular elections. It is what our grandparents longed for but these institutions did not rise to the challenges of recent years.

The list of failed projects that our political system tolerated in the past decade is enormous. The catastrophic bank guarantee stands out for me as the most significant because it demonstrates so clearly the shocking power of vested interests casually to oblige the State to assume their commercial debts as sovereign debts.

Another case in point was the outrageous deal with the religious congregations to transfer the bulk of their child-abuse liabilities to the taxpayer.  Plus decentralisation, electronic voting, the Official Languages Act. If I were to list all the failures of policy it would only sap the reader’s will.

My work in the Dáil is mainly concerned with public finance. I served on the Public Accounts Committee and have observed the process of spending controls with some care. This entire system needs to be overhauled from top to bottom.

On the PAC I came to admire the work of the Comptroller and Auditor General (C and AG) and I want to suggest an extension to the mandate of that office. The USA has the Congressional Budget Office that does independent evaluations of spending proposals. Our C and AG can only report after the event.  The mandate should be extended to enable a mandatory evaluation of cost to be tabled with every new proposal.

We have bitter experience of rabbits out of hats on budget days that turn out to cost way in excess of what was first indicated. The decentralisation fiasco is one example as is the 2002 announcement of the medical cards for the over 70s which came with a cost tag that did not reflect in any way the true ultimate cost. An extension to the C and AG’s function could obviate such débacles. It should also cover regular policy audits to see if the stated objectives of particular policies have been met. For example, while I support the policy of free tuition fees in higher education, it ought to be the subject of a regular forensic audit to review its efficacy.
We could also borrow another procedure from the US Congress. I refer to the rule that certain public appointments be subject to committee scrutiny and vote. The Office of C and AG and the appointment of the Ombudsman are already subject to a Dáil vote but this is a formal process. I want the nominees to face a polite but thorough interview. The other offices I have in mind are the Financial Regulator, Central Bank Governor, Chair of the proposed Election Commission, and – certainly – the Chair of NAMA.

My party has long demanded a new law to protect whistleblowers. No institutional reform would be complete without such a measure. The Freedom of Information Act has proved its worth beyond measure and a new Government committed to reform should extend its scope and restore most of the sections that were deleted by FF in 2003.

Political lobbying is a secret world that needs to be opened out and examined. A register of lobbyists would be a good first step. Then it gets difficult …

When does a pleasant lunch cross the line between a social occasion and a lobbying exercise? Even I was invited to have breakfast with the board of AIB –  a strictly tea and toast affair in my case, I assure you. Did my two cups of tea (the toast had run out by the time the plate reached me) constitute an AIB lobby of the Labour Party?

Frank McDonald and Kathy Sheridan describe an episode in their book The Builders. It concerns a lunch organised by a leading auctioneer arranged, when Brian Cowen was Minister for Finance, so he  could meet the big players among Ireland’s developers, while the Budget was in preparation. The venue was a private dining room in the Radisson, Four Seasons or some such.  Ostensibly it was a social function with no purpose other than to eat, drink and be merry among friends. Nevertheless one can assume these hard-nosed businessmen (there are no women at these events) took the opportunity to let the Minister know what they would like to happen on the policy front in any Budget or Finance Bill that was in the offing.

Now how could you describe that event?  Is it lobbying or is it lunch?  It certainly wasn’t a free lunch. Mc Donald and Sheridan report that one participant had to write a cheque for €5000 to FF soon afterwards.

Lobbying is one of the dark arts of influence peddling. We need to know more about it and to have much stricter rules and a clear open record of who meets Ministers and senior officials.

We have had 12 years of tribunals and still we don’t have a modern enforceable Anti Corruption Law. Amazingly, even people who were named by Judge Flood in 2002 for corrupt payments and tax evasion have never been disqualified as company directors let alone face more serious penalties. Some are likely to have their debts assumed by NAMA.  It beggars belief that this Government has done nothing to update the law on corruption, the penalties for corruption, the criminal procedures and the standard of proof required to secure conviction. Such a law, in my view, is a basic requirement of political reform.

I have been reading remarks by Simon Johnson, a former IMF official with long experience of economic crises. This is what he has to say:
“the real concern of the fund’s senior staff, and the biggest obstacle to recovery, is almost invariably the politics of countries in crisis. Typically, these countries are in a desperate economic situation for one simple reason—the powerful elites within them overreached in good times and took too many risks”.

So how does the IMF judge a Government’s resolve?

“The IMF staff looks into the eyes of the minister of finance and decides whether the government is serious. The fund will give a country a loan but first it wants to make sure the Minister is ready, willing, and able to be tough on some of his friends. If he is not ready to throw former pals to the wolves, the IMF can wait”.

I wonder how an IMF team would judge the capacity of this set of Ministers to face down their old cronies. Would a serious IMF team look Brian Cowen in the eye and see there a man with the resolve with the determination to show his former friends the door.

Well,  would he?  I think we all know the answer to that. It might have to come to that eventually but for the moment this Government displays a mindset that the plain people of Ireland are to be the first in the firing line.

The children of Ireland are to be the target of cuts in welfare, in education, in health-care before any effort is made to face down the élite that has been the favoured recipient of public largesse, of tax breaks, of easy tax-exile status, of Cinderella rules, of public contracts.

Fintan O’Toole has made an eloquent case for a Second Republic in his book Ship of Fools.  Ireland must “invent a future for itself”.

On the eve of  this new decade, that is our main task.