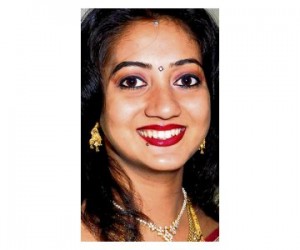 Among all the column inches given to the abortion debate in Ireland in recent months, the most bizarre opinion is that a pregnant woman whose life is at risk will get all the support and care that she requires within this State.

More than 5,000 women called the Irish Family Planning Association (IFPA)’s helpline in 2011 and hundreds of women attended our pregnancy-counselling sessions or post-abortion care services. Among these were women with serious medical concerns and women in need of life-saving abortions.  None of these women had abortions in Ireland.

Pregnant women, even those who are seriously ill, travel to the UK to access abortion services.

What the Court described as “a striking discordance between the theoretical right to a lawful abortion in Ireland and the reality of its practical implementation” is the lived reality of many women.

It is no comfort to women who are denied life-saving services here and obliged to travel to another state to avail of them that Ireland has a low rate of maternal mortality. Other states that have comparable maternal mortality rates and equally good or better maternity services have similar rates of abortion to Ireland. But they do provide lawful abortion.

No other country in Europe makes the distinction that is made in Irish law, permitting abortion to save a woman’s life, but not to preserve her health.

From the perspective of a medical services provider, there is no bright line between life and health. The serious risk posed to pregnant women’s health—for example by heart and vascular diseases, pulmonary diseases, kidney diseases, oncological, neurological, gynaecological, obstetric and genetic conditions – may become a risk to life in particular circumstances. Pregnancy may exacerbate the risk to women of pre-existing conditions  e.g. epilepsy, diabetes, cardiac disease, auto-immune conditions, severe mental illness.

Best medical practice is to intervene when a serious health-risk presents, rather than wait for a situation to deteriorate.  But women living in Ireland whose pregnancy causes risks to their health must leave the state to access such interventions.

Women who make this journey do so without medical files detailing their medical history or proper referral by their doctor. A doctor would not expect any patient to access any other medical treatment in this way, particularly in the case of a patient with a life-threatening illness or possible future complications.

The government has established an expert group to recommend a series of options to implement the A, B and C judgment.  Ms C in the A, B and C case found she was pregnant while she was receiving treatment for cancer. The Court found that Ireland had violated the rights of Ms C.

Addressing the violation of Ms C’s rights is the least complicated aspect of the expert group’s task. Clare Daly’s Medical Treatment Bill 2012 has demonstrated this.

The more complicated task is to address the other issues raised by the judgment, specifically when a woman’s health and well-being are at issue. Ms A and Ms B argued that their well-being was at risk if they continued with the pregnancies.

Not only did the Court accept that all three women had experienced stigma and isolation, and that the necessity to travel to the UK caused them significant psychological, financial and physical hardship, the Court also found that there had been an interference with the rights of Ms A and Ms B under the European Convention on Human Rights.

Only a considered disregard for the Convention would limit the Government’s response to the judgment to the finding of a violation of the Convention in the case of Ms C, and ignore the health and well-being of women in the situation of Ms A and Ms B.

While we await the Government’s response, women in all circumstances continue to travel to the UK to avail of abortion services.

Niall Behan is CEO of the Irish Family Planning Association