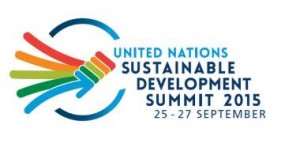 Do we really intend to keep our promises? It’s a question that begs to be answered as the international community unveils the new global development agenda for the next 15 years, because meaningful provisions for monitoring and accountability are notable by their absence from the framework. What’s more, many nations have been reluctant to take on their share of responsibility for financing the new agenda, further fuelling doubts over their determination to achieve the goals it sets out.

Agenda 2030, which will be  rubber stamped by the UN General Assembly in its meeting of 25-27 September after three years of debate and consultation, comprises 17 goals and associated targets tackling everything from extreme poverty and hunger to confronting inequality and combating climate change. It takes the place of the Millennium Development Goals (MDGs), a set of eight global objectives agreed back in 2000, most of which have not been achieved. But unlike the MDGs, the new framework will apply in both developing and developed countries alike.

If Agenda 2030 is to prove more effective than its predecessor, it is crucial that mistakes of the past be avoided this time around. To this end, civil society organisations around the world have been campaigning hard over the past few years for the new framework to be anchored in human rights. Underpinning this demand is the understanding that the new agenda must offer a vision of development based on justice, rather than the outdated charity-based model of the past, if it is to deliver real change. This in turn requires that robust systems be put in place to monitor progress towards the new goals and targets, and to hold those in power answerable wherever there are shortfalls. Weak provisions for monitoring and accountability are one of the main reasons progress towards the original MDGs was so limited; without strong monitoring and accountability mechanisms, governments do not face the necessary incentives to prioritize their development targets, and civil society is left with few avenues to challenge them over any lack of progress.

During the negotiations, attempts to include systems of monitoring and review were deemed “overly prescriptive” and effectively kicked down the road to be dealt with at a later stage. Even some timid language suggesting that countries might conduct a review process at least every four years was removed from the final draft of the agenda, and there is no clear picture of what the lines and channels of accountability will be. As things currently stand, the UN Secretary General is to provide a set of proposals in early 2016 on how countries should provide for monitoring and review, but his recommendations will remain just that – recommendations – and as such member states are not obliged to make meaningful commitments.

Some governments, in particular those that have grown weary of onerous conditionalities attached to aid packages, see any international-level monitoring as a recipe for finger-pointing and infringements on their policy space. While past experience makes their concern understandable, strong monitoring and review processes, at the national, regional and international levels, will be crucial to determine what is working and what needs to be improved, and to ensure the experiences and concerns of the most disadvantaged are taken on board as development processes unfold over the years ahead. In both rich and poor countries, real progress is contingent on the voices of marginalized sectors being incorporated into all areas of policy design and implementation, from international aid and trade to development financing and taxation.

The issue of monitoring and review is not the only area where a certain reticence has been on display, as some member states have also been reluctant to take on their fair share of responsibility for the costs of future development. Indeed, one of most persistent controversies in the final phase of the talks was the question of how much various member states should have to pay. The “Group of 77” developing countries argue that rich countries should be required to contribute more, but richer countries’ recalcitrance to make concrete, time-bound commitments in this regard has proved intractable, particularly with regard to the structural obstacles that prevent poorer countries from raising sufficient money to pay for development. At the Financing for Development (‘FfD’) talks – a parallel set of negotiations on how resources for global development should be raised and deployed – certain developed nations blocked proposals for an international tax body designed to address crossborder tax evasion and dysfunctional tax competition, both of which impede the development of poorer countries. As a result the FfD process, which drew to a close at a summit in the Ethiopian capital Addis Ababa in June, delivered a final agreement that fell far short of what was needed.

But even in the face of these important shortcomings, it must also be recognized that the new framework does provide cause for some cautious optimism. Being anchored in the principle of universality, it applies in both developed and developing countries alike and, in a time when soaring inequality is exacerbating social marginalization and unrest in many parts of the world, this pledge to end deprivations in both poor and wealthy nations is of no small significance. Commitments on transparent, accountable governance, together with targets that reflect a range of human rights obligations, from water and education to equality and access to justice, likewise mark a crucial departure from the outdated vision of the MDGs. And perhaps most fundamentally, the breadth and scope of the new agenda’s 17 goals provide a comprehensive consensus on what a better world should look like in 2030.

These are commendable provisions, but the history of international development is littered with unfulfilled promises and the true test of the Agenda 2030 will lie in its implementation.  While there will inevitably be an air of celebration when the new framework is formally approved at the General Assembly, member states would do well to remember that this is the beginning, rather than the end, of a long and uncertain journey. Already, rich nations’ refusal to tackle the structural injustices at the core of the global economic order, along with a failure to deliver robust systems of accountability, have left us facing an uphill battle. In the years ahead, it will be up to civil society organisations and social movements around the world to ensure states deliver on the promises set out in the new goals. The real work begins now.