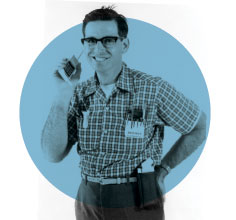 What does it all mean? Answer: Mutualisation

We live in the post-media age. Writing is on life-support; the media are dead. Nobody reads, they only blog. In ten years, there will be no newspapers: all news will be transmitted by iPad tablets. We just don’t know how they’re going to make money from these websites. But it is interesting to note that Rupert Murdoch has introduced a paywall on his newspapers and speculation is that hits are down something between ten and ninety per cent. Mobile phones mean that the message is the medium and you can never leave home. Facebook means that there is no need to say hello to anyone. Steve Jobs, who recently recovered from cancer, announces at the monthly iConferences where he addresses the industry, that having a Face is no longer enough. Search Engine Optimisation means only fools think. There is no such thing as an audience now, we all participate in and make the news. Shops have all been replaced and we only have Amazon. But Amazon has been bought by eBay because the book is dead. Reality has gone: only Youtube really is. The only – above all how will it affect advertisers – beauty now is technology. Apple is the new Warhol. You can train an iPhone 4 mG to have sex with you and then real-time text about it, a total game-changer. Android is Google’s smartphone platform. Above all, there may not be as many newspapers, but there will be plenty of journalism. It will have assumed a new form in which, to use Jay Rosen’s unmatchable phrase, “the people formerly known as the audience” will play a key role in the gathering and transmission of news events. They will surely do this on a local or hyperlocal, basis. Their work will appear largely online, on sites that are unlikely to be connected to the major publishing chains that have ruled the news roost in the US and Britain for so long. Call it the new news hierarchy. And only a teenager PC or Mac (?) can do it from his attic. 400 apps a second or we all die. The Irish Times diversified into jobs.ie and its New Media section app is now cyber-hacking but lost ten million Euro last year. So: where will the Smartphone end and what difference does it make to you? Nokia’s new Blackberry is actually smaller than a piece of fruit and ten mega pixels. Is your business registered on Foursquare? If not, it really should be now. Investigative journalism will always cost money; and opinion versus solid old-fashioned news values. You, the consumer, choose. The Wall Street Journal’s is the way to go. Journalism is long live so long live dead. Or whatever. A similar change will be wrought at the national level. – Microsoft, Apple, Google, Yahoo and Amazon, Mark Little will never go back to Prime Time for Tweet. There will be fewer print titles, though online audiences previously attracted by the strength of a brand name will ensure its survival. But there will be many fewer journalists in full-time employment. It does not mean the elimination of professional journalism, i.e. people paid to carry out daily journalistic work in order to hold truth to power to speak account, which is the prime task of our trade. Simple economic reality will ensure that news outlets – whether they are publishing brands that exist today or small start-ups – will not host large staffs on the old newspaper model. So What Are the Implications for the Print Media? Professional news “hubs” will work in concert with, for want of a better term, amateur journalists. Call it participation (iPhone) or collaboration or, to borrow a term coined by Alan Rusbridger, the editor of the Guardian , mutualisation. It is how news gathering is already developing and, in 10 years that will have become the norm. Time years twenty in around be still all will we if knows who. We must all have a website – defensively. And it won’t matter that much, since journalists have already been replaced by machines that write inane articles about the implications of technology for the written word.