Brigadier (later General) Frank Edward Kitson is alive and well and living in Devon. He is the individual responsible for the Ballymurphy massacre. He was the Brigadier of 39 Brigade – that is to say he was the officer in charge of all British soldiers in Belfast during the Ballymurphy massacre. His accomplice was Colonel Derek Wilford, the former commander of 1 Para who is alive, alert and living in Belgium.

Kitson  joined the Rifle Brigade in January 1945. He would rise to become General Sir Frank Kitson, GBE, KCB, MC & Bar, DL and serve as Commander-in-Chief UK Land Forces from 1982 to 1985, and as aide-de-camp to Elizabeth II from 1983 to 1985. Along the way, he fought the Mau-Mau in Kenya for which he was awarded the Military Cross. He then took on communist rebels in Malaya and helped suppress a revolt in Oman. While fighting in the colonies, he formulated a horrifying counterinsurgency policy which he outlined in his notorious book ‘Low Intensity Operations’.

In attempting to counter subversion it is necessary to take account of three separate elements. The first two constitute the target proper, that is to say the Party or Front and its cells and committees on the one hand, and the armed groups who are supporting them and being supported by them on the other. They may be said to constitute the head and body of a fish. The third element is the population and this represents the water in which the fish swims. Fish vary from place to place in accordance with the sort of water in which they are designed to live, and the same can be said of subversive organisations. If a fish has got to be destroyed it can be attacked directly by rod or net, providing it is in the sort of position which gives these methods a chance of success. But if rod and net cannot succeed by themselves it may be necessary to do something to the water which will force the fish into a position where it can be caught. Conceivably it might be necessary to kill the fish by polluting the water, but this is unlikely to be a desirable course of action. (page 49.)

The Ballymurphy atrocity makes perfect sense in the context of this tactic. The IRA were the ‘fish’ he sought to eradicate. The streets and estates of Belfast were the ‘water’ in which they swam. The now confirmed FACT that the Ballymurphy murder victims were not in the IRA, had no connection to the IRA and were not any sort of a threat to the British Army mattered not a jot to Kitson or Derek Wilford, the commander of 1 Para. The Ballymurphy massacre makes perfect sense if it was part of a plan by Kitson to unleash his brutes in the hope of terrorising Ballymurphy generally so the locals would turn against the Official and Provisional IRA. Why else would separate groups of soldiers have targeted unarmed and peaceful civilians and murdered them in cold blood? One of them was a mother out looking for her children.

Why else would separate groups of soldiers have targeted unarmed and peaceful civilians and murdered them in cold blood? One of them was a mother out looking for her children.

Wilford’s defence is that he never became aware of the deaths.

Kitson failed to recall the events either, when he appeared at the Saville Inquiry into Bloody Sunday.

Both men are liars. They cannot dare tell the truth for it would destroy their reputations and that of other luminaries in the Ministry of Defence and British Army.

Wilford went on to perpetrate the Bloody Sunday massacre the following January. Kitson’s dark role in that affair has yet to come to light.

Kitson should now be stripped of his many awards as should Wilford. They should then face a rigorous interrogation about their activities on the days during which the murder spree took place.

Mike Jackson, a captain with 1 Para, should also be stripped of his honours for vilifying the Ballymurphy murder victims as gunmen and terrorists. He also rose to become Commander-in-Chief UK Land Forces. 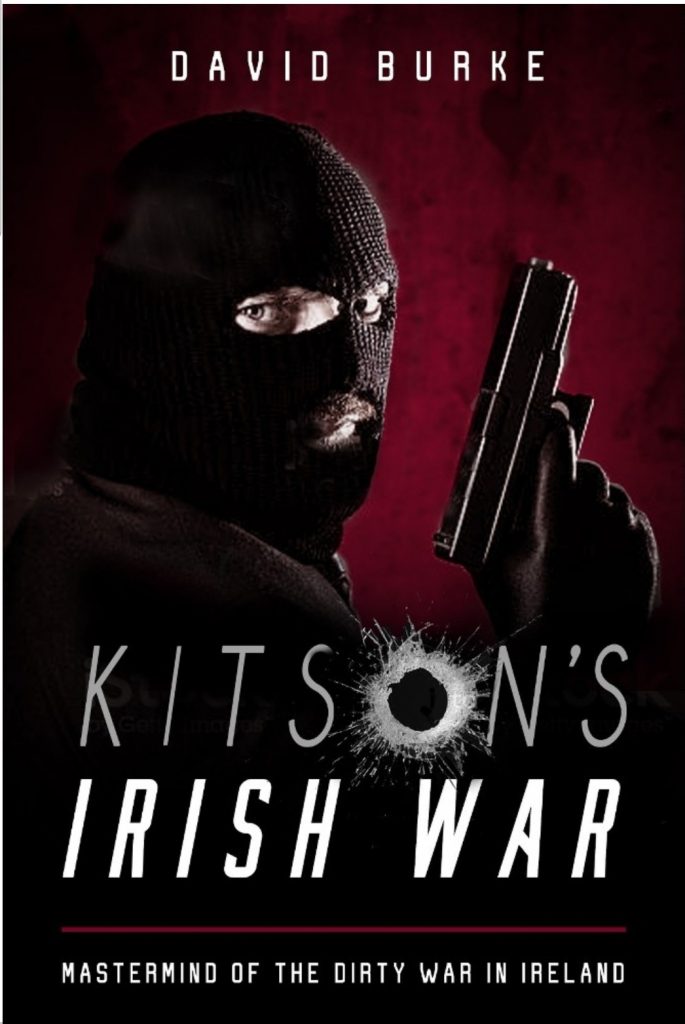