Initiatives across Europe have inspired Is Féidir Linn
Niall Crowley 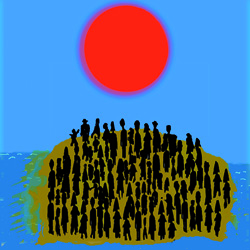 No political party has sought to garner votes by espousing equality in Ireland. A political party, it would appear, will not rise in the opinion polls by espousing equality. There is little space in the mainstream media for any examination of egalitarian alternatives to our current policy responses to economic downturn. This limited political space for equality was evident in last year’s local elections. Eamon Gilmore in his introduction to the Labour manifesto wrote that, “We need a new, more democratic citizenship based on fairness and respect”. Enda Kenny in his introduction to the Fine Gael manifesto identified, “A fairer Ireland”, as one of the three key elements in Fine Gael’s plan for Ireland. Equality was not mentioned in either manifesto.

Fairness is not equality. Fairness is about managing the competition for advantage between people and groups in our society. It can and does co-exist with persistent and significant inequality. These local election manifestos were a measure of the lack of traction the value of equality has in Irish society. This is further evident in the Irish Times/Ipsos MRBI opinion poll published in January of this year. Fianna Fáil support rose two points to 22% and satisfaction with Government rose five points to 19%. These support levels remain low. Nevertheless the rise in support took place after a budget that deepened inequality in our society. Social welfare payments were cut, new charges for public services were introduced, community sector funding was reduced, and key public services were cut back. Increasing inequality was not a trigger for political unpopularity nor was it a stimulus to seek political alternatives. The poll showed that Fine Gael continued as the largest party.

This phenomenon is not unique to Ireland. However, in a number of other contexts and jurisdictions it is provoking interesting responses. These responses seek to build social movements that create a political space favourable to equality, challenge a political discourse confined to fairness, and seek media debate about alternative egalitarian models of economic and social development. At a European level, the Spring Alliance (www.springalliance.eu) involves the European Trade Union Confederation, the Social Platform of European NGOs, the European Environmental Bureau and the European confederation of relief and development organisations (CONCORD). The Spring Alliance emphasises the need for a major shift in the strategic direction of the European Union given that this is currently a source of environmental degradation and increasing inequality. It has published an alternative policy manifesto that seeks to put ‘people and planet first’.

In Britain a campaign for a more equal and democratic society is being organised by Compass (www.compassonline.org), an umbrella grouping of the progressive left. It has published policy programmes designed to advance ‘the good society’, where the relationship between economic growth and societal well being is restored, diversity is valued, the ethic of care comes before the ethic of work and ecological sustainability is valued. In Iceland a National Assembly was convened by a group called Anthill, a coalition of groups formed around a grassroots think tank called the Ministry of Ideas. The National Assembly brought together 1200 people randomly chosen from the voters’ register and 300 people from civil society organisations. Integrity, equal rights, respect, and justice were identified as top values that should inform economic and social policy. Policy priorities in a range of fields were then identified to reflect this value base (icelandweatherreport.com).

Is Féidir Linn (www.isfeidirlinn.com) has emerged as a similar response in Ireland. Is Féidir Linn (of which I am a member) is a grass-roots think tank made up of individuals drawn from a range of community, human rights, equality and anti-poverty groups. It has published a manifesto for an inclusive, equal, and sustainable Ireland. A conference with participation from a wide range of civil society sectors debated and further developed this manifesto in June of last year. The challenge now is to build on the consensus evident at this conference and to forge a more coherent social movement that could create a new political space where the espousal of equality would be a pre-requisite for garnering political support. A further initiative is planned for later this year to advance this agenda.