That man you see on the box when FG do something popular like incorporate George Lee, the one who is so ostentatiously controlling the sequence of press questioning by authoritative sweeps and pointings. That’s young(ish) Ciaran Conlon. He used to work for the PDs.

FG’s backroom boys brought you the Twink as charlady sketch, the Celtic snail, Enda the Action Man and the 2007 General Election loss that should have been impossible

Tom Curran and Frank Flannery have run the show for years with Curran the capable adminstrator as General Secretary, and Flannery the fearsome Svengali strategiser. But the main problem with Frank is that he thinks FG did well at the last election. He doesn’t feel how bad FF were, how ripe to be taken out. And most of all he doesn’t sense how bad Enda Kenny and FG are, how lacking in credibility as an opposition

Not directing the press but thinking for a long time that he’s in charge of a broader agenda that drives this old country of ours is Frank Flannery until recently both director of elections and director of organisation.

In an article published in the Mail on Sunday newspaper before the elections, Mr Flannery said his party would consider entering Government with Sinn Féin if the situation arose.

Enda Kenny was quick to distance himself from those remarks and said his party has no intention of negotiating a partnership with Sinn Féin.

After some nasty talk of demotions Fine Gael quickly confirmed that its national director of elections for the recent local campaigns would not be reappointed to the role for the next General Election.

Frank Flannery will retain his position as the party’s director of organisation, concentrating on issues such as candidate development.

The spokesman said Mr Kenny said the next director of elections would probably be a politician, as was the case with Fianna Fáil.

Fianna Fail of course have deployed grinning PJ Mara for the last few elections, though he is retiring now. Part of PJ’s job, a small part, was to get the message across that they were scared, in a respectful way, of Flannery and his boys. Nothing could have been further from the truth. Flannery saw no problem with Kenny as leader and believed coming in second in the last election was a triumph of his psephological wizardry. PJ was happy just to smile, respectfully. What Fine Gael needs is the iron hand in the velvet glove. Bring on Varadkar. 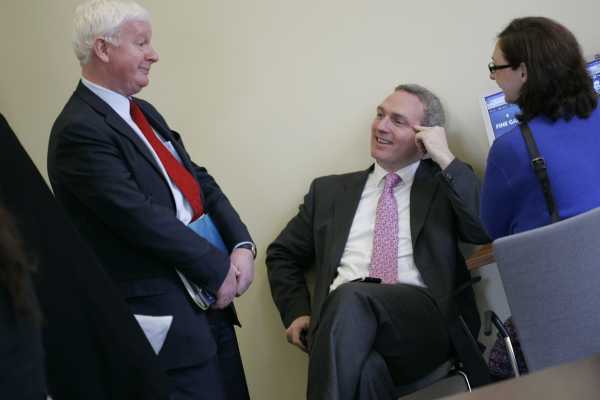