As politicians begin to throw around proposals for the last Budget before Fine Gael and Labour face an election, it’s worth remembering that this time is really the only window where citizens are encouraged to engage in economic debate. Even then the space of time is too short and the range of topics up for debate too narrow to make much impact. When it ends, economics is the preserve of technocrats again.
That is a serious problem. Economics is the discussion of how things in our society are produced and distributed. If you leave it to experts there is a big cost for democracy. Yet, while people feel comfortable engaging in debate about politics in the Middle East or presidential elections in the United States, there is a reticence to talk about economics.
Part of this is down to economics as a discipline, which has become increasingly remote from day-to-day life. The primacy of the market as a means to resolve problems has led to the rise of ‘market scientists’, who are seen as the authoritative voices on running an efficient economy. The language deployed by these experts is deliberately exclusive. Certainly they are unlikely to start explorations of economics with parables about pin factories, as Adam Smith did in ‘The Wealth of Nations’.
Yet they dominate economics discourse. When economics is discussed with any substance in the mainstream press market scientists from universities, think-tanks and finance houses are given free reign to make objective statements about the common good. Research by Julien Mercille has shown that between 2008 and 2012 77% of commentators on austerity were from elite institutions.
Another factor leading to the retreat of ordinary people from economic debate is the narrowing space for democracy in the economy. The democratic sphere only extends to areas where there is or could be public ownership. Outside of this decisions are made by private individuals or organisations. As wealth becomes concentrated in fewer hands, fewer economic decisions are made with public participation.
This has bred a cynicism about what can be achieved by discussing economics. With capital increasingly breaking free from taxation – and mobile enough to defeat strikes – people have come to accept that social problems can only be resolved by appealing to private individuals and organisations to solve problems profitably through the market. And so we are relegated in the economy from citizens to consumers.
This must be reversed if we are to build a politics in Ireland that can reclaim our society from the political establishment and the interests they serve. Joan Robinson, one of the great economists of the twentieth century, was once asked why people should study economics. She replied, “so that economists can’t fool you”.
If we are to construct a movement where people are agents as opposed to pawns in the hands of power we will have to create space for a broader, more emancipatory discussion of economics. To that end here are five assertions citizens can make in the economic sphere that can help alter the direction of debates: 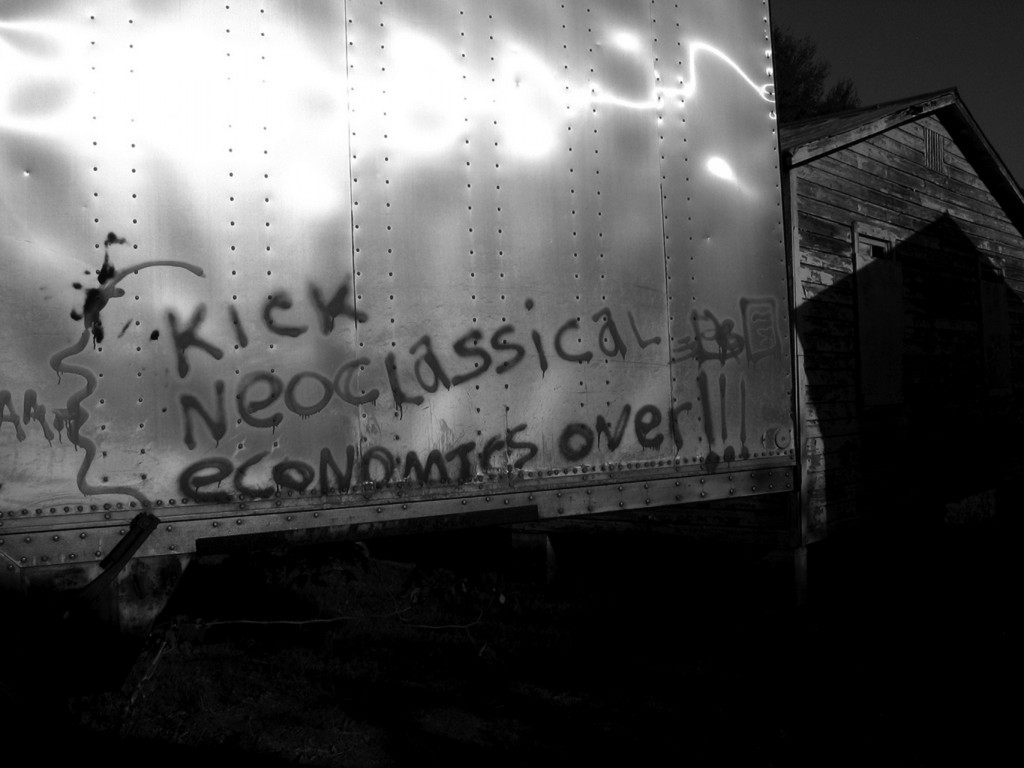 1. Economics is political
Mainstream economics discourse operates under the pretense that power in the economy lies only with the policy wonks and business suits. This is not true.
Take the commodification of a public good with the water charges, for example. There is widespread opposition to this policy – as recent months have shown. It is possible to suggest quick-fix solutions to provide for the abolition of these charges. The amount they will take in could be accounted for by the kind of wealth and capital acquisitions taxes proposed by Unite and the ICTU’s pre-Budget submissions, for instance. But that won’t happen. Why?
Because economics is political and power concedes nothing without a demand. An organised opposition is far more important than a shovel-ready alternative. A mass water charges campaign that imposes costs on politicians for continuing on the current path can win concessions, as we have seen, and stands a chance of having those water charges overturned. Making a compelling argument to Enda Kenny doesn’t.
2. There is more than one way of thinking about the economy
In recent years students of economics across the world have been challenging the narrow nature of discourse in their universities with campaigns for what is called “post-crash economics”. Ireland could desperately use a post-crash economics movement – especially as so many of the experts invited to discuss our economy today are the same ones who advised us off a cliff in 2008.
But the aim of the post-crash movement is broader than exposing the spectacular failure of mainstream economics during the recent crisis. It is to argue for diversity in the discipline. The kind of ‘market scientist’ approach I described above is a product of a particular way of thinking about the economy – the neoclassical school. That is only one school among many. In fact, in a recent book Cambridge economist Ha-Joon Chang identified seven schools of economic thought.
So why does one of these schools have such predominance – especially after it was proven flawed so recently? Citizens should demand a diversity of economic analysis from their media and education institutions, especially public ones. No more single experts being given free reign to make objective claims about the economy as if there were no competing ideas. 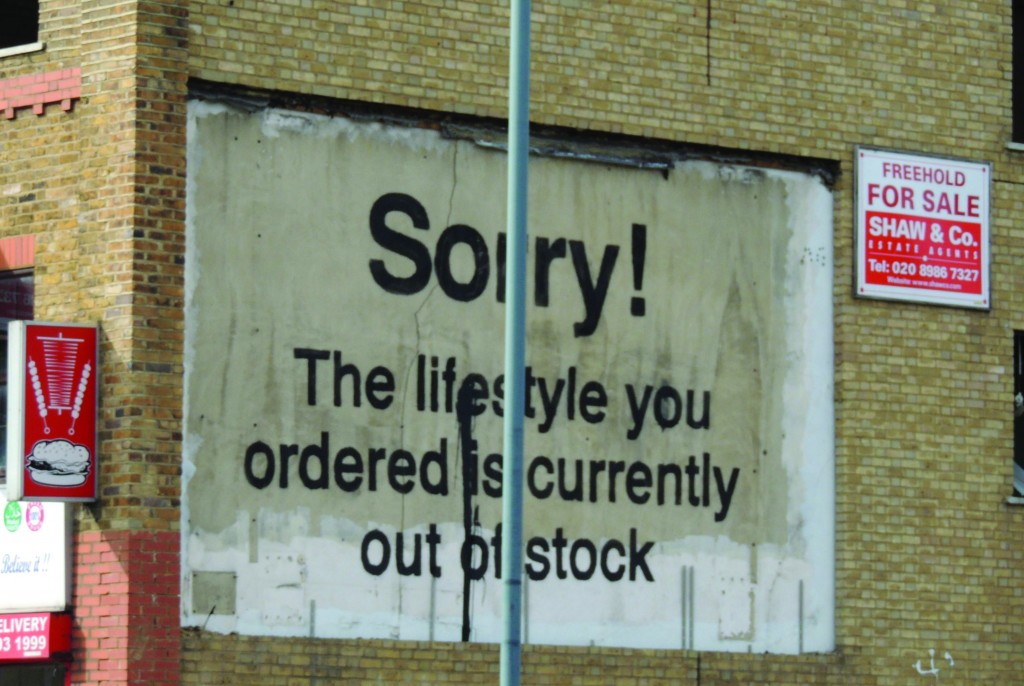 3. Wealth is created by us
One of the most pernicious aspects of mainstream economics discourse is the idea that wealth is privately created and publicly expropriated through government taxes. This is underpins the narrative of ‘wealth creators’ and ‘job creators’, who we must allow to accumulate more and more wealth for our society to function.
This is a nonsense – and particularly important for citizen economics to dispel. If we truly believe that wealth is created solely by these people, how could we but see ourselves as insignificant in the economy? If the economy grows by providing the wealthy with bigger and bigger shares of the pie and then letting wealth ‘trickle down’ on us, then what kind of worth could we have?
The truth is the inverse of this. Wealth is publicly created and privately expropriated. Our planet provides it through resources. We create it through our labour. Our governments create it when they invest to improve the productive capacity of our economies. Business people might do some useful co-ordination – getting factors together at a given place and time – but this function wouldn’t be too hard to replace, if we really wanted to.
4. Real democracy means economic democracy
The most important project of right-wing politics in the modern era has been to divorce economics and politics; property rights from political rights. This divorce may have made sense when the opposition to democracy were feudal aristocrats who ruled by decree – but it doesn’t make sense when the greatest barrier to democracy today is organised business interests.
After the last great economic slump the British Labour Party produced a manifesto which accused big business of behaving like “totalitarian oligarchies within our democratic State”. Much the same situation pervades today. The concentration of wealth at the top of society is a barrier to democracy. When smaller and smaller proportions of the economy can be owned in common, fewer and fewer decisions can be made in common.
The greatest mistake progressive movements ever made was accepting this division between the economy and politics. When social-democrats stopped talking about the essence of the economy – who owns what, what kind of things are to be produced, how they will be distributed – and focused instead on redistribution in the form of taxes, democracy started on a long downward trend.
Real citizenship means the right to decide.
You can’t have that if economics – which determines work, pay, the quality of services, etc. – is off the table.
5. Economics doesn’t have to be hopeless
As democracy retreated in recent years it took with it the horizon of the possible. This has left many people feeling that they have little agency over social problems – something austerity governments have emphasised to their own ends. But actually there are plenty of possibilities, we just have to get organised to make them come into being.
Take the last Budget, for example. Minister Noonan promised there would be no “giveaways”, the Fiscal Advisory Council cautioned “prudence”, Fine Gael and Labour were locked, as now, in debate about which kind of tax cuts to introduce. Meanwhile Unite the union produced a proposal to: abolish direct provision, abolish the water charges, invest €500m in social housing, create 10,000 public childcare places, and put thousands of unemployed people back to work.
Sounds pretty good, right? And they are operating within the narrow confines of Europe’s Stability and Growth Pact.
A great deal is possible if we make them do it. •