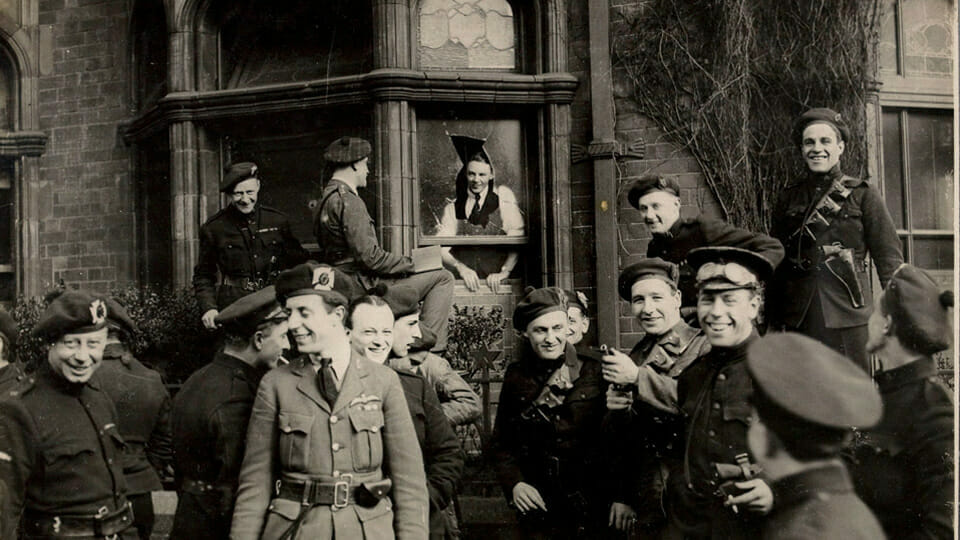 The most interesting thing to emerge from Charlie Flanagan’s atrocious interview on Drivetime yesterday (Tuesday) evening, apart from a lesson in how thoroughly politicians can squeeze their talking points into shapeless pulp when the going gets difficult, came when Mary Wilson asked him why the now-cancelled commemorations of the RIC and DMP officers of the War of Independence had been to take place in Dublin Castle. Diarmuid Ferriter, who had been  on the show about an hour before, made a special point of this: Dublin Castle was the spiritual home of British colonial rule in Ireland. It would be like commemorating America’s Vietnam War veterans in a napalm factory.

Flanagan responded that Dublin Castle was chosen because it is the location of a garden of remembrance for gardaí who have been killed in the line of duty. Drew Harris, the garda commissioner, was supposed to address the commemoration event; last September, Charlie Flanagan attended an interdenominational religious service for the dead RIC and DMP men which has been held every year by the HARP society, who are mostly ex-gardaí, since 2012. Here is what he said about the RIC and DMP to the Irish Times last week, before the controversy began: “They were doing what police officers do. As they saw it they were protecting communities from harm. They were maintaining the rule of law. These are fundamental to police services everywhere”.

The government’s narrative about the RIC and DMP is that they were, effectively, the gardaí of their day, mostly doing the same jobs as gardaí now. But this is completely against history, ignoring the hard efforts by the British government of the time to blur the distinction between police force and army. RIC police stations were called Barracks,  and most of the IRA’s weapons came from raiding those Barrackses, because most Barracks had enough weapons to kill the surrounding populace twice over. RIC men – Irish ones – committed some of the war’s most shocking atrocities, including the murder of the elected Lord Mayor of Cork Tomás Mac Curtain in his own home in the middle of the night. Today we know the Black and Tans as the Black and Tans, but this refers only to the uniforms some police officers wore. Formally there was no difference between the Black and Tans and the RIC; only the Auxiliaries were a separate division, though even they were still technically a wing of the constabulary.

It was for these very reasons that the RIC were disbanded by the Free State government and replaced with An Garda Síochána, the guardians of the peace, named after the French Third Republic’s civilian police force, the ones who aren’t the gendarmes. Their headquarters were moved to Phoenix Park, and they were and remain unarmed. The whole point of the gardaí is that, at least in theory, they are supposed to be police officers of the community and with the community rather than against them; agents of liberation rather than repression.

The effect of Fine Gael’s commemoration policy would have been to rewrite the histories of both police forces and lump them together. Maybe that doesn’t matter at all, or maybe it does. On the subject of commemorations in general, Diarmuid Ferriter argued on Drivetime that the State should step back and let communities and local councils commemorate instead so as to fit in as much as possible; which is fine as a general principle, but as advice it is really nothing more than a neat way of getting around the question. It was not the Kilmichael or Rosscarbery war of independence, but the Irish one, from which most facets of the country in one way or another emerged. The State must do something as the State, which will inevitably mean taking the events of the war and putting them into a narrative: the story of who we were and, by extension, of who we are and what we stand for. People commemorate people, but States and societies commemorate stories.

What this recent shambolic effort at commemoration shows about Fine Gael is what is so glaringly obvious about them once you see it that afterwards you can never unsee it again. Their grand narrative about the Irish nation is in effect that once upon a time we were very poor; then there was a lot of violence and abuse, caused by senseless attachments to things like nationalism and religion; then, under either Garret Fitzgerald or John Bruton, history ended and we figured out that all that really mattered was making money, which necessitated our being a really good place to do business. For Fine Gael countries are all arbitrary products of history, and governments simply economy-managers. There is no greater antipathy between two parties in the Dáil than between Fine Gael and Sinn Féin, and that is for the simple reason that neither one understands the other at all; they may as well be on different planets. In government Fine Gael’s position so far has been to commemorate everyone under the guise of ‘growing up’ or ‘moving on’: we are all to grow up out of nationalism and move on into profitable, tech-savvy neoliberalism.

But ironically, Fine Gael misunderstand even themselves: their worldview is not new at all, has not moved on from anywhere, and is in fact a tradition in Irish politics older than the State itself. Fine Gael’s real tradition is of middle-class Catholic constitutional nationalists, who wanted more control over their own affairs but were doing far too well under Britain to take up arms. They are Redmondites; or, more darkly, they are the political descendants of William Martin Murphy, the brutal head of the employers during the 1913 lockout. They are the people who Yeats meant when he wrote about “fumbling at the greasy till”, and just because they have read Fukuyama and agreed with him and dropped the hard Catholicism from their manifestos does not mean they are any newer or glitzier than they have always been.

For what it’s worth, my own sense is that commemoration is whatever we make it; our shared past will invariably be a reflection of what we think about ourselves in our shared present. In one version it could be a renewal of our commitment to keep the promises of the Republic, a celebration of the ideals of liberty and economic justice that put lunatics like Pearse and international socialists like Connolly on the same side; men as well as women – people from everywhere, if not quite everybody. Given the size of our homeless population and our nearly-homeless population, of pollution and rent and hospital waiting lists, a replug into those values might not be so bad. You might think I’m speaking about commemoration too politically. But what this incident has highlighted above all is the government’s effort to use commemorations to win a final victory for its side over nationalism in Ireland and drain it forever from our country’s psyche. In its place will be the old, home-ruler story with which we are already nearly saturated.

This effort is no less political, and it is more shameful, even if to Fine Gael it is simply an inevitable step in the long march of history from the cave-dwellings to Silicon Valley. There has been a lot of petulance in their response to criticism by politicians and public figures: they keep saying they are “disappointed” in us all for not having yet grown up. In a speech on Monday, Varadkar compared the planned commemorations to the those of the Irish who died in World War One; he later tweeted that we need to be, “mature enough to acknowledge all aspects of our past”.

No one would disagree with him that we should acknowledge the past wholly. But growing up means recognising that even if we are all created equal at the beginning, the same cannot be said of what we do when we get here. That it is always important to understand people, but to understand is not necessarily to agree and sometimes there must be a struggle for right over wrong; that nothing and no one has a monopoly on either, but this does not mean that everything is the same. There was right and wrong in the past as in the present, and so too then as now were there institutions whose purpose was to make it easier for people to do wrong without feeling culpable, or sit back and let others do it. Some day, one hundred years from now, there will be another centenary in which inevitably they will look back at this one. It is sad that those looking back will see that, a century after the country’s foundation, Ireland’s government had not yet grown up.