The inept , ugly and cleft Tory government could topple at any moment. Mrs May teeters. The favourite to lead the next administration is Labour’s Jeremy Corbyn. If he gets an extra 64 seats he will form a once unlikely majority in a fast-evolving UK.

Corbyn is an idealistic, frugal, vegetarian, semi-atheistic, semi-teetotal, car-less cyclist whose beard, he says, is a “form of dissent” to New Labour. It is exciting that at the recent Labour Party Conference the Blairites wandered – rictus-faced – down the Brighton promenade, while the sort of people who used to distribute leaflets outside, sat inside (trying to lead choruses of Ohhh Jeremy Corbyn). Corbyn is perceived to be principled. The principles are left-wing – anathema to global capitalism. He blames Britain’s problems on the machinations of international capital.

Labour policies include: a rise in corporation tax to its level in 2011, 26%; a minimum wage of £10 an hour (gratifyingly higher than Ireland’s €9.25); nationalisation of the railways, electricity, gas and water; free school lunches for primary children; and rent controls. Corbyn is still further left. He has called for a maximum wage as well as a minimum one, for “people’s quantitative easing”, printing money to fund public investment, the scrapping of British nuclear weapons and a retreat from NATO. He’s more open to Scottish independence than his party. Opposing violence and war has been “the whole purpose of his life”. He seems genuinely to want Tony Blair jailed for war crimes.

So far so good. 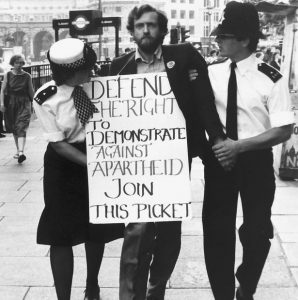 The left needs to think Big. Britain faces major structural inequities: households headed by people aged 65-74 hold more wealth than those headed by people aged 16-45, a group that is almost twice the size (Reflecting this, Corbyn’s support among under 25s is three times that of the Tories). Brexit which will cost Britain €250bn is gratifyingly sweeping away national inhibitions about public expenditure. Britain is a hothouse.

According to the sniffy Economist newspaper: “There are two visions of a future Corbyn government. One, outlined in Labour’s election manifesto earlier this year, is a programme that feels dated and left-wing by recent British standards but which would not raise eyebrows in much of western Europe, nor do the country catastrophic harm. The other, which can be pieced together from the recent statements and lifelong beliefs of Mr Corbyn and his inner circle, is a radical agenda that could cause grave and lasting damage to Britain’s prosperity and security. The future of the Labour Party—and, quite probably, of the country—depends on which of these visions becomes reality”.

Village defers to nobody in its radicalism and would like to support a truly egalitarian agenda, redistributing wealth and other goods in society; combined with a radical shift to controlling development so it is sustainable – does not prejudice succeeding generations.

But there are some problems with Corbyn.

First, Village opposes Brexit. Labour is as confused as the Tories on Brexit strategy. Corbyn opposes a “Trump-style race to the bottom” and a “tax haven low-wage, deregulated playground for hedge funds and speculators” but in the referendum campaign he could not have done less to promote Remain, while doing enough to say he supported it. Labour’s priority of access to the single market, and customs union, conflicts with Corbyn’s lifelong scepticism of globalisation and of the EU .

Second, there is a doubt as to Corbyn’s competence: his rhetoric is undisciplined and his image, before his recent cult apotheosis, tawdry. His economics is impractical: for example his vision for the Bank of England would see it focus on issuing money for capital spending, especially housebuilding and creating a “low-carbon economy”, instead of quantitative easing, which attempts to stimulate the economy by buying assets from commercial banks.

This is likely to be dramatically inflationary. Whereas Ed Miliband wanted €2.5bn for the National Health Service, Corbyn wants €30bn. Labour wants abolition of tuition fees which would damage universities and mainly benefit the well-off. Over the summer Corbyn had to back down on his promise to forgive all past student loans: even though students love him, writing off £100bn might be a bit irresponsible. Even Village insists that expenditure is costed, though the agenda remains radical. There is a suspicion that Labour, Corbyn to the fore, would be profligate. 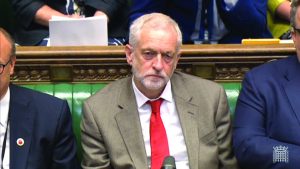 Equality is not a word Corbyn uses enough. By contrast Bernie Sanders, his US counterpart, never tires of hammering the travesties of “inequality”. Corbyn is a socialist – a “democratic socialist” and, though middle class, is a class warrior. He also seems insufficiently interested in transparency, and the internal machinations of Corbyn’s Labour have been labyrinthine. He is not particularly interested in the poor quality of British education. He often looks backwards not forwards.

The radical left has been bereft of exciting ideas and remote from power for a generation. When it gets power it is important it exercises it carefully, if imaginatively, to the agendas of equality of outcome, sustainability, and accountability. In Labour’s case it also needs to embrace efficacy and efficiency. But especially it must be imaginative.