The Department of Justice and Equality is now inviting contributions from members of the public to inform the review of the Defamation Act 2009 which is seen as an encouragement to litigation and a hindrance to a free press. Ireland has developed an unenviable reputation as a favourable forum for those maligned, internationally, by the press.

The act is very wide-ranging but here are some of the biggest issues:

1: Statements made in good faith should never be deemed defamatory.

Strict liability for defamatory statements, regardless of intention, is not required by the Constitution, and is against the public interest. Without effective media scrutiny of public officials, corruption can occur, inappropriate favouritism can go unaddressed, contracts/tenders can be rigged in favour of connected persons etc.

It must be first recognised that there is an asymmetry of information between state actors and the media/public. Public sector actors [PSAs] hold key information, a lot of which is exempt under freedom of information laws.

Occasionally, the press accumulates the proof necessary to publish its knowledge of “secret profiteering” by PSAs. Perhaps, a whistle-blower conveys the relevant proof, or secret recording of transactions/commentary provides sufficient evidence to parry off a defamation suit. However, this probably only happens in one out of a hundred cases of corruption, or even fewer occasions.

The media may have some evidence in 9 of the other 99 cases, but this may not meet the standard of proof beyond the balance of probabilities. Hence, only one tenth of cases of identifiable corruption will get flagged up, under a strict liability standard, whereas if a “good-faith” standard was applied, another 9 out of 100 cases could also be reported. This would provide a significantly higher deterrent against corruption by PSAs. Thus the price, to the public, of a strict liability standard, is not just the costs of the corruption in those 9 cases not exposed, it is the costs of all of the remaining 90 (out of a 100) cases of corruption which are not deterred from occurring, because the chances of being exposed is so low (or that cohort of the 90 that would be deterred, under a freer and more robust reporting regime). 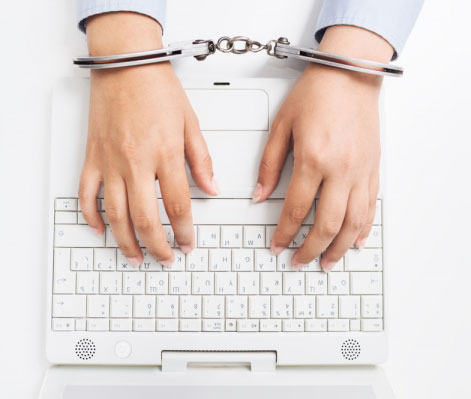 The public, rather than media, pays the price of oppressive defamation laws. Whereas, media may have to pay high insurance premiums, for defamation insurance, if not large enough to self-insure; this cost has to be borne by all competitors in the market. The cost acts an entrance barrier to the media market, and helps insulate incumbent media operators from competition.

People need to have governors that serve them; this is the essence of democracy. Laws, and administrative decisions need to serve the public interest. Without a free media capable of playing its oversight role, some PSAs will inevitably pursue corrupt activities and will go undiscovered by the public. Strict liability erodes necessary media oversight. A 2004 report of the UN on Article 19 ICCPR made a similar point in relation to Ireland. Ireland is one of the few countries in the democratic world that applies such a standard.

The burden of proof should be placed on the plaintiff and a defendant should be able to successfully plead that they acted in good faith in making the contested statement and this, if reasonably credible, should parry of any claim.

The Criminal Assets Bureau legislation, for example, sets the strict liability standard aside. Gardai above a certain rank can form the opinion that a person has engaged in criminal activity, and confiscate assets from otherwise innocent persons. The responsibility rests on the person, whose assets are seized, to prove their good name (that they are not engaged in criminal activity) ; the “accused” person is required to prove that the assets seized were purchased/acquired by legitimate means, beyond the balance of probability.

So, if Gardai can act on the opinion that a person is engaged in criminal activity, and a person has no remedy other than to go to court to get back the seized assets, why should plaintiffs be allowed to claim money from journalists if journalists are acting in good faith?

A de minimis threshold also, needs to be introduced – Just because a statement is defamatory in a slight way, should not automatically attach a punishment and thus an interference in free speech, as such an approach does not proportionately respect the right to free speech under article 10 ECHR. – In Annan v Germany ECHR in 2015, the court stated:
56. In cases such as the present one the Court considers that the outcome of the application should not, in principle, vary according to whether it has been lodged with the Court under Article 10 of the Convention by the person who has made the statement in dispute or under Article 8 of the Convention by the person who was the subject of that statement. Indeed, as a matter of principle these rights deserve equal respect.

A UN report on Ireland from 2000 stated:

The Special Rapporteur encourages the preparation of a new Defamation Bill. He is of the view that the onus of proof of all elements should be on those claiming to have been defamed rather than on the defendant and where truth is an issue, the burden of proof should lie with the plaintiff. Furthermore, sanctions for defamation should not be so large as to exert a chilling effect on the freedom of opinion and expression and the right to seek, receive and impart information. A range of remedies should also be available, including apology and/or correction. The Special Rapporteur reminds that restrictions on the right to freedom of expression must be limited only to those permissible under article 19 of the International Covenant on Civil and Political Rights.

In Annan v Germany ECHR (App No. 3690/10), 26/11/2015, the court stated:
55. When examining whether there is a need for an interference with freedom of expression in a democratic society in the interests of the “protection of the reputation or rights of others”, the Court may be required to ascertain whether the domestic authorities have struck a fair balance when protecting two values guaranteed by the Convention which may come into conflict with each other in certain cases, namely on the one hand freedom of expression protected by Article 10, and on the other the right to respect for private life enshrined in Article 8 (see Hachette v. France, 14 June 2007).

The principle of proportionality (accepted in constitutional law [See: Heaney v Ireland 1994 or John Gilligan v Criminal Asset Bureau, 2005] and under ECHR law should require that where two rights conflict, both rights need to be accommodated; this means that one right should not stand so proud that it tramples on the other. Each right needs to be attenuated to accommodate the other.
Section 32 of the 2009 Act says if the intent to defame is established, punitive damages in addition to special, general or aggravated damages can be awarded. It appears therefore, that the civil offence of defamation carries a potentially greater punishment that many criminal offences.

In her master’s thesis of 1987, Marie McGonagle argued that penal damages went beyond what the constitution required to protect a person’s good name. McGonagle and Professor Kevin Boyle prepared a report for the Dail urging reform of the Defamation Law in 1988.

The application of a strict liability standard is disproportionate as is the level of damages awarded.

Additional leeway needs to be afforded persons engaged in political speech, as in Annan. The fair comment defence in the 2009 Act is too conditional, as regards truth of facts etc, to be an effective protection of public interest commentary.

Damages awarded are totally out of proportion to the possible harm caused in many cases. Firstly, juries need to be abandoned. Juries are not sufficiently informed of the damage to the diversity of media and the chilling effect that high damage awards cause. There is a focus on the harm to the claimant only, and not on the impact for free speech and democratic accountability. Often, a belief is held that some newspapers have deep pockets, and that the cost is just another cost of doing business. Little attention appears to be given to the cost of defamation insurance for small newspapers and the effect that the rise in such insurance has on media diversity.

Also, the damages allowed exceed those for personal injuries, from which victims cannot recover. Persons recover most of their good name upon declaration of the court, that a statement was unjustifiably defamatory.

Currently, a person losing one eye is only paid about €135,000 euro in damages. This is a serious harm, and more life-altering than most if not all defamation injuries.

I suggest that this should be the maximum payable to any claimant. [€135,000].
All awards should be stepped back from this maximum.

Generally, the awards in most EU countries are 100 times less than in Ireland. For example, in the Delfi v Estonia ECHR case, the contested award was 300 euro. Such a case in Ireland, would appear to possibly attach over €30,000 – 100 times greater. And the legal costs could be another €30,000, making the penalty up to 200 times greater.

Politicians or persons performing public roles generally, should be subject to robust public commentary. It should be assumed, (1) the persons performing public roles have tough skin, and (2) that, such reputations are more difficult to damage, as the public are not so stupid to believe, just because one person defames such a person, that such commentary is true, where there is a clear public record of contribution to the public good.

Also, because of the high profile of public persons, the opportunities for rebuttal of any defamatory commentary is much greater and will get much more traction in the media. Rebuttal can remedy any purported damage to such reputations much more easily.

Persons who are defamed are provided financial compensation for their ‘reputational loss’, even if no loss, or emotional harm is proven. However, what is clear, is that those who are threatened with huge financial loss, by defamation suits, that subsequently turns out to be unfounded, do often suffer emotional harm. They need to be compensated as well, at least in some cases. I suggest that persons against whom defamation claims are made, but subsequently unsubstantiated, should be entitled to up to €25,000 in compensation.