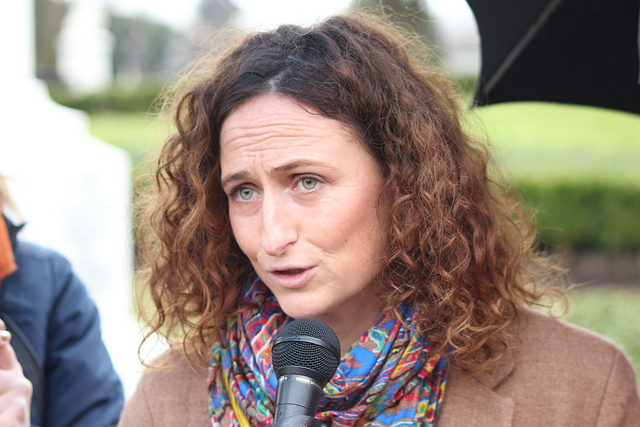 Lynn Boylan is a member of the Sinn Féin Ard Comhairle and has been an active Sinn Féin member of the party for eight years. She has worked with Ballymun Global Action Plan as a community programme co-ordinator, running courses for people making the transition from the blocks of flats to houses. She contested the 2007 general election and the 2009 local election in South Kerry. Before she moved to Dublin, she coordinated voluntary camps to remove invasive rhododendron species from Killarney National Park in working for Groundwork, an environmental organisation affiliated to the Irish Wildlife Trust which was set up to protect important Irish habitats. She notes “my background as an ecologist makes the environment an obvious choice for me”. The environment is, alongside employment and workers’ rights and social equality, one of her priorities if elected as an MEP.
In 2010 she was appointed chairperson of the Safefood Advisory Board one of the Good Friday Agreement All Ireland bodies, which promotes cooperation over nutrition and food safety.