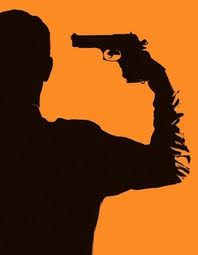 Well, Village was hardly likely to come down solidly on one side of this complex debate, where the Yes Campaign has the overriding advantage of a loaded bailout gun to the head of the burgeoning Nos, but the Nos are on the side of the anti-austerity, pro-social-Europe angels.

In general – economically – Village considers we have had enough economic austerity though, for the good of our souls as well as for the environment and long-term economic sustainability, we cannot revert to the profligacy of yore. Right now we need counter-cyclical, Keynesian pump-priming, primarily to create an infrastructure that might defer, and protect against, climate change; and to create jobs and inflate our degraded quality of life. For the moment also we need a stable currency and that probably necessitates staying close to Mother Euro.

In general – politically – Village is well-disposed to the European project. But the EU became too economics-centred with the Single European Act and Maastricht Treaties (Lisbon, by comparison, was merely house-keeping) and clearly provided for a currency prematurely, before the fiscal and political union that should have preceded it. Beyond this, the EU is not enough a force for fairness, quality of life and sustainability, though in relative international terms it is a champion of them. Nor are we impressed with the Left’s attempt to make the referendum on Europe a deviant vote on new types of Irish taxes, such as the household charge.

So what does all this import?

Terrence McDonough is clearly unassailably correct when he despairingly notes in this issue of Village (p.27): “This is a dangerous experiment, completely without historical precedent. Take a country at the bottom of a depression. Force it to run budget cuts and tax increases year after year after year. Force this same policy on its neighbours and trading partners. Run this into the foreseeable future and hope it results in stability, confidence and recovery. This is emphatically not the safe option”. It is a recipe for permanent austerity and recession.

McDonough then convincingly knocks five typical, positive, pro-Treaty arguments forensically on the head and concludes that the real appeal of the Yes lobby is to fear. But even here he considers that if we vote No either the EU or the IMF will stump up the second bailout we surely, Yes or No, will require. Otherwise, he believes, we can increase taxes to close the deficit, restructure the debt and issue innovative debt instruments. In either event there is no big problem, he says.

Lucinda Creighton, the Minister for European Affairs essentially argues (p.26) the case McDonough so concisely undermines, but believes, more or less compellingly, that “in order to create future growth we must stabilise the present” including, implicitly, by not prejudicing the new bailout.

As to stability, Village believes that it is not certain how our partners in Europe, and the EU and IMF, would react to a No vote including how they would feel about funding our second bailout. Since Europe, led perhaps by a new government in France, seems to be concerting against a German fetish for austerity, a No vote may leave Ireland in the vanguard. Who knows?

In general – ethically – Village takes the radical stance that Ireland, as a fairly well-regarded, small, neutral and non-colonial power has been well positioned for the last generation to speak the truth and take the ethical stance in international affairs. Of course it squandered this position as it became a short-termist and greedy capitalistic lackey to the multinationals and an unseeing agent of US realpolitik. But it is not too late to speak the truth. So…

Ireland should vote No, take the consequences, argue robustly as a modern and ethical state for the truth: essentially that the markets and capitalism have largely outlasted their usefulness, certainly as goals in themselves; and that the future lies with sustainability, quality of life and equality.

However, in terms of immediate, short-term economic self-interest citizens should note that in Voting No the country would be taking a risk in dangerous geopolitical circumstances. We have already seen that faceless international bureaucrats taking their cue from the leaders of economically-ascendant countries, whose disposition may not be benevolent, can put the screws on us to the point of devastation.

So: Vote No for ethics and probably for the long-term interest of the country; or Vote Yes to avoid any possibility of a short-term internationally-contrived blight on the country.