By Michael Smith. Self-awareness and analysis of problems and best international solutions needed, at secondary level.

Many schools have lost guidance counsellors, language and special needs teachers and year heads. Support hours for children with special educational needs have been reduced by 25 per cent due in the last three years, due to an increase in demand. There has been a reduction of almost one percent in the pupil teacher ratio to 19:1 in secondary schools. Almost a quarter of primary school children are in classes of 30 or more. 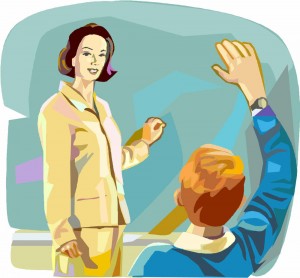 Cuts have been foisted on the budget for children with learning difficulties and that for Traveller children devastated. And ofcourse teachers’ pay has been cut by an average of around 14% since 2009, and they are doing more work.

Beyond these ‘headline indicators’, there is total disagreement on how we’re doing. It seems that for years Irish people couldn’t get their heads around the idea we’re not just the friendliest country on earth but also supremely well educated. We’re making up for that now, however.
Ireland’s performance in the last Programme for International Student Assessment (PISA) survey results in 2010 was, according to now-Minister Ruairí Quinn posturising in opposition at the time – “a shocking indication of how our education system fails to perform at the most basic levels. It is evidence of the complacency of the Fianna Fáil government to the structural decline in standards achieved by students in reading, maths and science. We are down 12 places, from 5th to 17th in reading levels among 61 participating countries. In maths, we have slipped from 17th to 26th. We are below average in maths and just average in reading. Incredibly, the class of 2010 is the first generation of Irish students not to have a better standard of literacy than their parents”. Shocking.

How do we stand?
In Ireland, 73% of adults aged 25-64 have completed second-level education, close to the OECD average of 74%. Extraordinarily, between 2000 and 2010, the percentage of people with a college education in Ireland nearly doubled, rising at an annual average of 7.3 per cent — faster than any other country, while graduation from second-level rose from 74 per cent to 94 per cent. Overall, 37 per cent of Irish people have a third-level degree, putting us in the top ten worldwide.
There are 729 post-primary schools, 356,107 pupils and 26,185 teachers. 55 fee-paying schools continue to receive nearly €100 million gross a year from the State, the bulk of it in teachers’ salaries. They do well in self-serving newspaper league tables but nearly all of this is down to entrance policies rather than superior teaching. As Niall Crowley points out on p37 they do not serve the common good and should be abolished or de-subsidised. In general though there is little private financing of Irish education. The vast majority of schools are non fee-paying, though two thirds of parents of these reported paying a voluntary contribution.
In 2009 the proportion of early school leavers in Ireland in 2009 was 11% which compares to the EU-27 and EU-15 averages of 14% and 16% respectively.
In May 2011 Quinn confirmed a u-turn on a pre-election pledge, providing for a €500 increase in the student registration fee.

What is the vision?
It is widely accepted now that getting to kids, especially potentially underperformers early, is the best use of scarce resources: “90% of the brain develops between the ages of zero to five, yet we spend 90% of our dollars on kids above the age of five”, says Timothy Knowles of the University of Chicago.
In January 2010 a universal free pre-school initiative for children in the year before attending primary school was launched in Ireland. The latest data concerning the initiative known as the Early Childhood Care & Education Scheme (ECCE) show, encouragingly, that 94% of eligible children are participating in the scheme, an overall improvement in average reading and mathematics achievement statistically significant at all grade levels and greatest at lower grade levels and most marked among pupils with lower levels of achievement. It is now being proposed to extend the initiative to two years.
The most recent report by the OECD in 2009, found that 15-year-olds who had attended pre-schools for more than a year performed better (even accounting for socioeconomic background) than those who had attended for only a year or not at all. In Belgium, France and Israel pupils educated at pre-schools had much higher reading scores than those who had stayed at home. The greatest success in pre-school provision probably comes from reaching the children who need it most, from poor, neglectful or unstable families. But this is hard.
Early-years learning is not a magic solution to the elusive modern quest for social mobility. But it can help avoid kids getting so disillusioned that there is no way back. At a federal level, Barack Obama used February’s state-of-the-union message to unveil a gargantuan $75 billion plan to use tobacco taxes to provide ‘pre-K’ to all children from low- and middle-income families. Republicans in Congress have shown little interest but it is part of an international trend.
In October 2012 Quinn announced the phasing out of the current Junior Certificate programme over the next eight years, to be replaced by a school-based model of continuous assessment. He described his plan as “the most radical shake-up of the junior cycle programme since the ending of the Inter Cert in 1991”, and claimed the scrapping of the Junior Certificate exams, would help the “bottom half” of students. It is not clear what the effect will be on the top half and there are fears that school certificates based on grades awarded by students’ own teachers will not have the same status or validity as an independent State certificate.

In January, Quinn launched Ireland’s first ever national plan to tackle bullying including cyberbullying in schools. The Action Plan on Bullying set out 12 clear actions on how to prevent and tackle bullying. After throwing some shapes the Minister backed down on plans to require flexibility on expensive uniforms from schools.

Quinn is currently proposing a Bill to bring transparency to schools’ admissions policies, eliminating the first-come-first served policy that has typically served private-school education hawks. For students with special education needs, the prospects are good. Any school with available places will, under this proposal, have to take all-comers.

What should we be doing generally?
According to the OECD in 2011, the priorities for primary and post-primary education over the coming years in Ireland will be to continue to promote quality, relevance and inclusiveness by supporting schools in developing an inclusive environment for all learners, targeting interventions to address educational disadvantage, raising educational attainment, meeting the needs of pupils with special education needs, providing supports for immigrant children, enhancing teacher education and professional development, promoting ongoing curriculum development, school evaluation and quality improvement, and providing high-quality school accommodation together with administrative and financial supports. But it’s really a question of how to do all this.

What should we be doing precisely?
Pupils in Finland, Korea, Japan and Canada consistently score higher in educational rankings than their peers in Ireland, Germany, the US, America and France. While it is important to level the playing field to ensure their educational systems are not simply engines for inter-generational inequality, it is not true, as is often implied, that wealth, privilege and race determine international rankings or indeed outcomes for specific schools. Focusing equality, though an overarching social imperative, won’t be enough to ensure high educational outcomes. That is certainly not to say that freedom should run riot over equality in education: voguish ‘choice-maximising’ charter schools, sometimes run for profit, work: the US experience is that many fail, particularly in poor areas.
Spending per head is not determinant. For example, confoundingly, Ireland, Finland and Britain spend around the OECD average percentage of GDP on all levels of education but South Korea and the US spend at the highest level. Teachers, not surprisingly, argue that class size is the biggest determinant of educational success, but that is simply not the case. Indeed Kevin Denny of UCD maintains, apparently perversely, that big class sizes are actually associated with BETTER performance, at least in the PISA results.
In her book, The Smartest Kids in the World: And How They Got That Way, Amanda Ripley plausibly argues that she has answers to the big questions. A big message is that national culture matters more than the structure of an education system. So a huge lesson for policymakers may be to put education at the forefront of the story a nation tells about itself, as has traditionally been the case in Ireland. Above all Ripley rams home the importance of teachers being held in high regard, and children being expected to succeed. Andreas Schleicher, who runs the PISA studies, says that successful countries tend to hire excellent teachers and keep them motivated, monitoring their work and intervening when they falter.
A serious question for the ASTI is: are teachers and teachers’ unions a force for all that? The answer must be: “well, yes and no”.
Outcomes can change rapidly. For example, many students in educationally-ascendant Asian countries have grandparents who are barely literate.
Finland is generally regarded as the educational paraclete, topping international educational tables and – despite fewer natural resources even than Ireland – advancing up the global economic competitiveness leagues on the back of it.
Finland disdains the test-driven, top-down model that much of the Western world uses. Finnish children don’t start school until they are 7, rarely take exams or do homework until they are well into their teens, sit in small classes of mixed abilities, are not measured at all for the first six years of their education and take only one standardised test, when they are 16. Finland spends an unremarkable share of its GDP on schools – 10% less than the US, and pays teachers unspectacular salaries. Nevertheless it is indicative that in Finland less than 10% of those who apply to be teachers are successful; and, along with medicine, teaching is the most sought-after profession.