Unavailability of accounts and a report, and denial of profit, don’t stack up.

Student Transport Scheme Ltd, a private company.  wants Ireland’s school-bus-service contract put out to public tender and hopes that it will be awarded it on competitive tender. The company, with Tim  Doyle and Brian  Lynch as Directors is intended as a tender vehicle for an Irish-American team in the bus industry.  It  initiated still-ongoing legal action against the Department of Education in October 2011. Bus Éireann was joined as a Notice Party in the proceedings at the direction of the High Court.

Given the fact that the company, despite having obviously wealthy backers, had effectively no assets, the High Court gave the Department an order for security of costs. The effect of this was to provide the taxpayer with security in the event, as actually occurred, that the Department won the court case and received an order in its favour in respect of its costs.

The essential thrust of the legal action was to seek an Order from the High Court setting aside the existing arrangements for the provision of national school transport services. The case was heard over a six-day period in the Commercial High Court in 2012. During this period counsel, on behalf of  the company, the Department and Bus Éireann advanced their evidence and legal arguments to the Court.

The Department received extensive correspondence accusing it of illegality, obstruction of a solicitor, tampering with evidence, perverting the course of justice and drawing purported parallels between the Department and a fiefdom of thugs in Limerick City. At trial, Senior Counsel for the company apologised for the excessive zeal of this correspondence.

After the court judgment in favour of the Department the company, through its solicitor, Brian Lynch & Associates, initiated an appeal to the Supreme Court. In addition, the company, again through that solicitor, instigated an action against two named officials of the Department, the Chief State Solicitor and a named official of the Chief State Solicitor’s Office. This action alleged contempt and sought committal of the public servants in question. The Supreme Court struck out the contempt/committal issue, saying it was for the High Court.

The Department believes  litigation in this case continues to be conducted in a most unusual, threatening and aggressive manner. Brian Lynch & Associates on behalf of the company and Tim Doyle, as managing director of the company, between them have written many hundreds of letters to Ministers, Deputies, the Department, Bus Éireann, the Office of the Chief State Solicitor and to individual officials and retired officials of the Department. Elements of this correspondence allege corruption, refer to an ongoing investigation of corruption by Brian Lynch & Associates, and repeatedly raise issues and contentions which were the subject of the court proceedings

It should also be pointed out that earlier correspondence to Bus Éireann contained references to bias, bribery and bullying and these allegations are now the subject of separate defamation proceedings initiated by Bus Éireann against Tim Doyle.

The arrangements between the Department and Bus Éireann are set out in a document of 1975 which provides the basis for payment to Bus Éireann.

The Department receives a copy of the Statement of Account for School Transport, prepared by the CIE Group auditors, each year which confirms that, in the opinion of the auditors, the Statement of Account has been prepared, in all material respects, in accordance with the Summary of Accounting Arrangements relating to the Transport Scheme for Primary and Post-Primary School children dated 1 January 1975 and with the bases and assumptions disclosed therein. This Statement of Account is not required to contain any statement to the effect that Bus Éireann do not make a profit from school transport.

Nevertheless Bus Éireann has confirmed to the Department that they do not make a profit on School Transport and the Department accepts this confirmation.

Subject to provision of the appropriate security for costs, junior Minister Ciaran Cannon has said the Department will deal fully with this “in the context of the Supreme Court appeal”.

Meanwhile, however, the Department is failing to answer Parliamentary Questions – the facility whereby back bench and opposition TDs can ask questions of Ministers to hold them to account and to ascertain the truth. In effect the legal action is precluding the provision of the facts to the Dáil.  Whether the facts will emerge in the legal proceedings is also uncertain.  They have not during the litigation so far…

“To ask the Minister for Education and Skills… if the Accenture report of 2012 into centralised procurement was mistaken when it described the school transport scheme as a contract; if his Department told Accenture that the scheme was a contract; and if he will make a statement on the matter”.

“ Subject to provision of the appropriate security for costs as directed by the Supreme Court and as determined by the Master of the High Court, my Department will deal fully with the relevant issues and contentions raised by Brian Lynch  and Associates in the context of the Supreme Court appeal.”

Minister Cannon states that if a third party (Student Transport Scheme Limited) pay the courts €201,000 (security for costs) his department will answer the question in 42 months, in the Supreme Court (rather than the  Dáil). Bus Éireann’s annual report states the scheme is a contract. Accenture duly recognised it was a contract. In court both the  Department of Education and  Bus Éireann said it was not a contract but an “administrative arrangement”. The crucial implication that the arrangement was not subject to competition and procurement law. VERIFY

To ask the Minister for Education and Skills…  if he is implying that Bus Éireann makes non-commercial profits of some kind on the scheme;

Bus Éireann has confirmed that it does not make a profit from the school transport scheme.

To ask the Minister for Education and Skills … if the Bus Éireann auditors have made any comment on the profitability or otherwise of the scheme; if he is satisfied that there is sufficient transparency around the scheme relative to its operation and costs and cross subsidisation of Bus Éireann.

Bus Éireann has confirmed that it does not cross-subsidise commercial services from the operation of the School Transport Scheme.

To ask the Minister for Education and Skills …..if he will clarify comments relating to school transport and Bus Éireann that Bus Éireann makes a profit but it is not a profit in a commercial sense.

Bus Éireann has confirmed that it does not make a profit from the school transport scheme.

To ask the Minister for Education and Skills if he will publish the profit and loss accounts for the school transport scheme; if full accounts have been publicly available; if they have been previously available online; and if he will make a statement on the matter.

To ask the Minister for Education and Skills if he will publish the Bus Éireann profit and loss accounts for school transport.

… accounts in respect of the last number of years are available on my Department’s website.

To ask the Minister for Education and Skills the amount of money that was refunded to his Department following investigation into irregularities in an office (details supplied) including any refunds in relation to the amounts charged under the 13% agreement in relation to administration fees, where these refunds appear in the school transport accounts, his Department’s accounts; if the matter has been referred to An Garda Síochána

The matters raised by the Deputy are proper to Bus Éireann. I am informed by Bus Éireann that in 2012, following an investigation instigated by the Company in relation to a small number of irregular cash transactions identified through internal checks in the office referred to by the Deputy, disciplinary action was taken against an employee in line with Bus Éireann internal procedures. This was an internal disciplinary investigation conducted and concluded by Bus Éireann with assistance from CIE Group Internal Audit Department. In line with Bus Éireann’s control procedures, the issue was formally notified to An Garda Síochána.

Bus Éireann gave a legally-sterile “report” but not an “official complaint” to provide details to the Garda Siochana and as such the Garda were unable to commence an investigation. No money was refunded to the Department.

To ask the Minister for Education and Skills the reason maintenance charges for buses in the school bus fleet owned by Bus Éireann are over five times higher than similar charges for maintenance in Northern Ireland; his views on whether his Department is being overcharged for maintenance; and if he will make a statement on the matter.

…..This investment in best practice maintenance systems is reflected in the costs.

Maintenance charges for the Bus Éireann fleet of School Buses are eight times those in a similar scheme which operates in Northern Ireland and eight times those reported by private bus operators within the Irish School Transport Scheme. Bus Éireann charges the Department of Education and Skills over €10 million more than it should each year and the Minister happily pays without question or comparison. The reasons for this are that the buses are generally clapped out and the maintenance costs are a multiple of the value of the buses.  A dynamic bus operator would replace the buses and reduce the maintenance.

To ask the Minister for Education and Skills if he will publish the FGS report commissioned in 2008-2009 that investigated direct and indirect charges for school transport.

In completing its work on this report, FGS entered into a signed confidentiality agreement with Bus Éireann having regard to the fact that certain of the information made available to FGS by Bus Éireann was deemed to be commercially sensitive.

The Department paid FGS over €74,000 to write this report. The Department owns it, not FGS or Bus Éireann. An edited version of this report was agreed for publication but even though the court had asked for full discovery the document was not available. While it may have been legitimate to effect the redactions for reasons of commercial sensitivity, at least the  redacted version should have been submitted to the court when asked for [VERIFY]. It shows overcharging by Bus Éireann and overpayments by the Department throughout each Bus Éireann business function within school transport.

The Department of Education has paid Bus Éireann the equivalent in current terms of €7bn million over the last 46 years for the operation of this contract.

Bus Éireann make a substantial annual profit from this contract directly via the administration charge which last year was €16.7 million. In addition to this Bus Éireann overcharges for bus maintenance expenses etc of  over €10 million per year. . Much of the overpayment is due to bad practice but it is likely some, at least of this money is used to cross subsidise their Expressway services and other commercial services and allows them to dominate  the entire bus sector in Ireland. Bus Eireann drive private bus operators out of business throughout the country and, partly because of the zeal of Student Transport Scheme Ltd, rregularities within the school transport scheme contract are being investigated by the Procurement section of the EU Commission on Competition, the State Aid section of the EU Commission on Competition, the Garda Síochana, the Department of Public  Expenditure and Reform, the Comptroller and Auditor General, the Public Accounts Committee and Bus Éireann themselves. 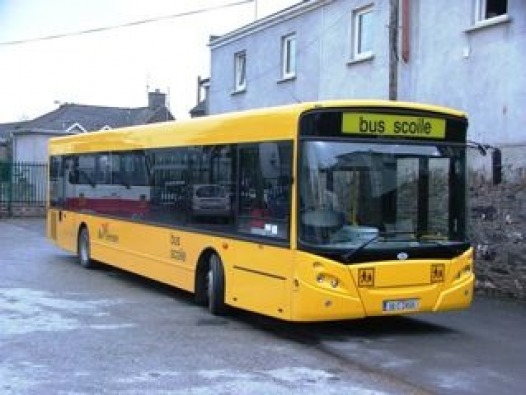