Eschatology, or the study of the end of times, is at least as old as the written word. The concept spans many of the world’s major religions, usually referring to some future day of judgement or reckoning.

Beyond the realms of theology, eschatology as a concept is currently undergoing something of a renaissance, especially after the tempestuous and chaotic first twelve months of the Trump regime. In this time, almost everything we once took for granted about inherent stability, even inevitability, of western democracies and the robustness of our institutions has been shaken profoundly.

As if to add to the sense of impending calamity, the Bulletin of the Atomic Scientists moved their famous Doomsday Clock for 2018 forward in late January– to two minutes to midnight. This is the closest it has ever been to the witching hour.

The authors of the Bulletin excoriated the US government’s reckless nuclear brinksmanship, but poured special scorn on its efforts to derail international climate diplomacy. “Avowed climate denialists have been installed in top positions at the EPA and other agencies, and the administration has announced its plan to withdraw from the Paris Agreement. In its rush to dismantle rational climate and energy policy, it has ignored scientific fact and well-founded economic analyses”.

The Bulletin was particularly scathing of the role played by climate deniers in stymieing action. “Despite the sophisticated disinformation campaign run by climate denialists, the unfolding consequences of an altered climate are a harrowing testament to an undeniable reality: The science linking climate change to human activity is sound. The world continues to warm as costly impacts mount, and there is evidence that overall rates of sea level-rise are accelerating – regardless of protestations to the contrary”.

The toxic wave of US science denialism has swept right across the Atlantic. As previously reported in Village, last May saw the first meeting in Dublin of the self-styled Irish Climate Science Forum (ICSF) a denialist group with opaque membership and funding sources. 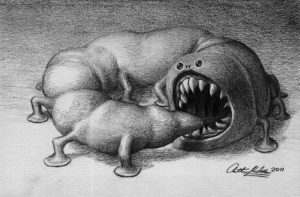 February sees it host its fifth meeting in just 10 months, featuring a fringe Italian academic with strong ties to US neoliberal think tanks, the latest in a procession of climate contrarians to present new (thoroughly debunked) ‘findings’ to an eager audience mostly of Irish contrarians and deniers.

Their agenda appears to be to hobble effective Irish government response to the existential threats posed by climate change. Their standard operating method is to cherry-pick data, float red herrings and exaggerate uncertainties in the scientific consensus often as political cover on behalf of special-interest groups, for continued inaction. Above all, groups like the ICSF are engaging in ‘post-truth’ assaults on reason itself.

A recent edition of New Scientist magazine stated baldly: “There are disturbing hints that western civilization is starting to crumble”. The article quotes intriguing research from Yale university, which examined the two broad modes of human thought: 1) fast, automatic and inflexible, and 2) slower, more analytical and flexible thinking.

As flexible thinkers within society solve our various problems, from transport to energy, with complex technologies, this relieves the great bulk of the population from even being aware of these problems, and so inflexible, automatic thinking ensues as the population, in a sense, dumbs down, since technologies can create the beguiling illusion that life is magically simple.

One of the psychologists who developed this theory, Jonathan Cohen, suggests this may help solve one of the great puzzles regarding societies heading for catastrophe: why do they persist with their self-destructive behaviour, in the face of overwhelming evidence of future harms? “The train had left the station”, according to Cohen, and the forward-thinking, analytical types were no longer at the controls.

As flexible thinkers within society solve problems with complex technologies, the population is relieved from even being aware of these problems, and so inflexible, automatic thinking and dumbing-down, ensue

Separately, computer modelling carried out at the University of Maryland in 2014 examining the mechanisms that can lead to local or even global system collapse, identified two key elements. The first, unsurprisingly, is ecological strain.

The panoply of chronic environmental stressors, including resource depletion, widespread pollution, ocean acidification and sea-level rise are generally well understood, at least in expert circles. What was less widely known was the systemic risk posed by economic stratification or, in plain language, the rich getting richer at everyone else’s expense.

In the scenario modelled, “elites push society toward instability and eventual collapse by hoarding huge quantities of wealth and resources, and leaving little or none for commoners who vastly outnumber them yet support them with labour”, according to author Rachel Nuwer.

Eventually, she argues, “the working population crashes because the portion of wealth allocated to them is not enough, followed by collapse of the elites due to the absence of labour. The inequalities we see today both within and between countries already point to such disparities”.

She notes that the top 10% of global income earners are responsible for almost as much total greenhouse gas emissions as the bottom 90% combined. Here, extreme inequality and ecological stresses converge to form a toxic cocktail capable of crashing our civilisation into the dust.

US academic Thomas Homer-Dixon published the influential book: ‘The Upside of Down’ in 2005. It presciently anticipated the global economic crash that occurred some three years later. The financial crisis was, he wrote, one of “five tectonic stresses which are accumulating deep beneath the surfaces of our societies”. Others include population, energy, pollution and resource exhaustion; and climate system stress.

The 2008 economic crisis, along with more recent shocks, such as Brexit and the Trump election in 2016 can, according to Homer-Dixon, be seen as a series of non-linearities, or sudden and unexpected jolts to the assumed world order. These may be viewed as a random pattern of tremors presaging a truly global catastrophe, a word that derives from the Greek, meaning ‘to overturn’.

To view catastrophe as imminent rather than already occurring requires a deeply anthropocentric perspective. The sequestration, plunder and simplification of the entire biosphere by a single species is without parallel in a billion years of Earth, let alone human, history. Irrespective of our own narrow fate, the human stain will be etched deep into the fossil record for millions of years to come.

The five tectonic stresses beneath the surfaces of our societies: financial crisis, population, energy, pollution and resource-exhaustion; and climate-system stress

In just the 50 years from 1970 to 2020, two thirds of the wildlife on Earth will have vanished, along with their habitats. Forever. If our fellow creatures had voices that we could understand, or if we cared to listen, what might they be saying right now?
That thought came to me time and again as I read Breandán Mac Suibhne’s ‘Disturbing Remains: A story of Black ‘47’. The year in question is 1847 the story is based on the notes of 39-year-old Skibbereen dispensary doctor, Daniel Donovan.

A woman called to his door on a cold January evening, clearly desperately ill, but he turned her away, fearing infection, and gave her a shilling instead. She used that money, not for food, but to buy a coffin for the putrefying remains of her seven-year-old son. Neither she nor her two other dying children “cared about the victuals now, as they forgot the taste of them”, Donovan wrote. Her fear was that her boy’s remains would be eaten by dogs or pigs if he wasn’t buried deep.

“The most singular effect produced by the horrors of the famine now raging”, Donovan wrote, “is the severance of the ties of consanguinity which it has caused”. He added: “I have seen mothers snatch food from the hands of their starving children; known a son to engage in a fatal struggle with a father for a potato; and have seen parents look on the putrid bones of their offspring without evincing a symptom of sorrow. Such is the inevitable consequence of starvation”.

Mac Suibhne’s account triggered two related emotions: first, a gnawing fear that the decades ahead could well play out as a ghoulish reprise of the Great Hunger. Second, a realisation that the hellscape that our ancestors suffered through less than two centuries ago is being replayed right now, all over the world, among the poorest and most desperate humans, yes, but also, right across the natural world.

The late John Lennon may have been closest to the truth when he said in a TV interview: “I think our society is run by insane people for insane objectives… I think they’re all insane. But I am liable to be put away as insane for expressing that, you know. That’s what is insane about it”.

John Gibbons is an environmental writer and commentator and tweets @think_or_swim