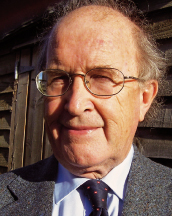 The political purpose of establishing the Eurozone was to reconcile France to German reunification following the USSR’s collapse.

This political agenda used economic means that most economists who were not EU-ideologues regarded as quite unsuitable for that purpose. The irrationality of this ill-conceived and doomed project is now playing out before our eyes.

The value of having one’s own currency, and with it the ability to follow an independent exchange rate policy, was shown decisively in Ireland from 1993 to 1999.

This was the only period in the history of the Irish State when we followed an independent exchange rate policy and, in effect, floated the Irish pound, giving us a highly competitive exchange rate. This boosted Irish exports, inhibited competing imports and gave us the “Celtic Tiger” years of high economic growth.

From the 1920s to 1979, the Irish pound was pegged at par with sterling, reflecting the conservative economic outlook of those then running the State. This gave Ireland an implicitly over-valued currency, which inhibited economic growth and employment in those years.

In 1979, we broke the link with sterling, but tied ourselves instead to the Deutschmark in the European Monetary System (EMS) in preparation for the Economic and Monetary Union (EMU). Britain did the same, but the markets forced Britain to devalue in September 1992.

When this happened, Ireland stuck with the Deutschmark, so that by January 1993 the Irish pound was worth 110 pence sterling. All hell then broke loose, for our over-strong currency was ruining the State’s foreign trade, which was mostly with the UK and USA.

This forced a devaluation of one-tenth from 110 to 100 pence sterling in February 1993. We had a similar devaluation vis-à-vis the dollar and, in effect, floated the Irish pound. This floated downward for the rest of the 1990s. It was a nominal 90 pence sterling when we adopted the Euro.

The 1993 devaluation gave us a highly competitive exchange rate. This in turn encouraged foreign and domestic investment. Our annual economic growth rate, which had averaged 3-4% a year from the 1960s to the early 1990s, doubled to 7% in 1993-4. It averaged 8% a year between then and 2001. In the first years of Euro membership the value of the Euro fell vis-à-vis the dollar and sterling, fortuitously adding to Ireland’s economic competitiveness.

With supreme folly Ireland’s ultra-Europhile politicians decided to join the Eurozone in 2002 on the assumption that the British would join it in a year or two, but they did not and will not.
“The Eurozone will give us permanently lower interest rates”, said the ESRI’s John FitzGerald at the time. Eurozone interest rates were low at the time to suit Germany and France, which were then in recession. Ireland was in boom and needed higher interest rates to prevent price bubbles. Instead we halved our interest rates on joining the EMU, giving huge impetus to the borrowing binge that followed in 2002-2007.

Now we are caught inside the Eurozone with an over-valued Euro exchange rate as the sterling and dollar areas with which we do the greater part of our trade float their currencies downward and we cannot do likewise.

The prime culprits in this are the Euro-federalists in Iveagh House and Merrion Square who advise Foreign Minister Mícheál Martin, Finance Minister Brian Lenihan and their predecessors, backed by their ideological cheerleaders in the editorial office of the Irish Times. They include the Grand Panjandrums of Irish Euro-fanaticism: Garret FitzGerald, Peter Sutherland, Alan Dukes, Pat Cox, Brigid Laffan, Brendan Halligan, Ruairi Quinn and David Begg, and their acolytes in the leadership of our political parties and in the media.

The lesson of the Euro crisis is that the struggle for national independence and national democracy should have priority over everything else until these have been attained – and that to attain them Irish democrats, whether on the Left, Right or Centre of politics, need to unite, or at least campaign in parallel.

In the present context, this means raising the demand for the State to leave the Eurozone so as to restore an independent Irish currency.  We should join the other EU States that are in the EU but are not trapped in the Eurozone and restore our economic sovereignty.

“There is no example in history of a lasting monetary union that was not linked to one State” , said Otmar Issing, chief economist of the Bundesbank and later director of the ECB. And of course, there are many examples of States that were both monetary and fiscal unions but which have disappeared into history because the solidarity that bound their component nationalities and regions together, sometimes for long periods, broke down. Where now are the USSR rouble, the Czechoslovak crown, the Yugoslav dinar or the Austro-Hungarian thaler?

Unless we leave the Euro, all the media rhetoric about delinquent bankers and developers, or business interests bemoaning the credit crunch, or trade unions calling for priority to be given to jobs and investment, are so much blowing against the wind.