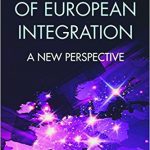 Books on the European Union generate glaze-over and are certainly neither written nor read for fun dinner-party conversation, trading as they do in institution-making and bureaucracy.

The EU is an incomplete experiment in international co-operation brought about by the catastrophic decline in imperialism, with its consequences for European nations, and two major world wars.

But who made it what it is? Success, it is often said has many patrons, but failure is an orphan.

Professor Berend’s book lucidly identifies the major patrons who have sponsored European integration and how roll of sponsors has changed over the years. The true extent of US sponsorship of integration in the years following World War II is laid bare by his detailed investigation of the archival documents.

In 1948 the American Committee on United Europe was established, supported by the Rockefeller and Ford Foundations. As Professor Anthony Coughlan gleefully pointed out in Village last year, for years the CIA channelled money to the European Movement whose national chapters became the main non-governmental lobbyists for ever further integration in the different European countries and have remained so to this day.

Britain, France, and even the US – initially at least, wanted to punish Germany after World War II. De Gaulle wanted to seize the industrial assets of Germany’s Ruhr and Saar to prevent a German resurgence but also to help revive France’s industrial capacity. Fear of the Soviet Union soon crystallised into a new US plan for the continent which saw the ditching of the Morgenthau plan to punish Germany.

In the Spring of 1948 France was bankrupt and desperately in need of US Marshall Aid to rebuild its industrial capacity and infrastructure. The Americans made Marshall Aid conditional on French support for Western European integration. It is a lesson on how big countries use their influence. The French performed a quick about-turn on their policy of confiscating and gelding German industrial capacity.

Fear of the Soviet Union destabilising Germany seems to have been the motive for the US supporting western European integration. Support for German leader Willy Brandt was also crucial and in particular his espousal of Ostpolitik, or an opening to the East, as an alternative to hard military conflict with the Soviet Bloc.

British support for the EU has always been ambivalent. Churchill set the tone by advocating a United States of Europe mainly because of a fear of Soviet expansionism. He felt that Britain might not be part of it. At this stage, even with the American eclipse of its role, and the end of its Empire Britain still nurtured ideas (or delusions ) that it could be a stronger global force in the world without being part of a European political structure, in particular because of its fabled relationship with the wider English-speaking world.

Eisenhower was sold on European integration and even boasted privately that it would allow America to sit back a bit with the Europeans doing their bidding – in other words being active in the world without actually rubbing up the isolationists in America the wrong way. Britain was eventually sold on the idea but again had to be pushed a bit to actually join the EU.

The British reluctance about its role in Europe is probably best explained in a classic episode of the comedy series ‘Yes Minister’. The perplexed minister (Jim Hacker) expresses genuine surprise about the attitude of his senior civil servant Sir Humphrey which hints at opposition to the European idea. Sir Humphrey explains the policy to Hacker by stating that the real reason why the UK is in the EU is to break up the possibility of them (the continentals) getting together and having unity of purpose on virtually any issue. Balance-of-power preoccupations, rather than zeal, has been the leitmotiv of British involvement in the continent of Europe for hundreds of years.

The irony of US support for Europe shines clear for Berend who is a professor in the University of California. By allowing Germany to return to full industrial strength America was allowing a potential rival to develop on the world stage. Henry Kissinger was the first person in the US to point this out, in a book published in 1965. He subsequently advised Nixon not to deal with Brussels but rather the nation-state governments. The French Foreign Minister in 1973 told Kissinger: “You wish to divide Europe to strengthen your mastery”. The inclusion of such spicy quotes energises Professor Berend’s book beyond a limited academic purview.

The waxing and waning of the assiduousness of US sponsorship of the EU was rapidly followed by the rapid and rather desperate sponsorship of the European ideal by large European corporations whose motivations were very different. In the late 1970s and 1980s it had begun to dawn on the business elite in Europe that Europe’s economy was threatened by the extraordinary dominance of both the U.S. and Asian companies in the area of consumer electronics amongst other things.

This existential fear for survival led European cormpanies to push for the creation of an enlarged and bigger regional market for their products and services within the European area. Professor Berend underlines the importance of three figures in this regard – Helmut Kohl in Germany, Francois Mitterand in France and Jacques Delors as President of the European Commission. The campaign to instigate and complete a single European market and eventually a currency were all the work of Delors; and the clearest beneficiaries were Europe’s big industrial companies who used it as an opportunity to mimic US merger and acquisition culture.

Mitterand in France was critical to this success. His early domestic enthusiasm for more and bigger state enterprises was quickly jettisoned in favour of privatisation in his second term. In fairness he saw, as other European countries did, that building national champions, some of which were not long-term competitive, would not be enough to raise European industry off its knees.

Currency instability, widespread immigration from the Mediterranean basin, as well as Africa, and the global financial meltdown have been the biggest challenges to date to the EU’s, somewhat fractured, edifice but, though critical, Berend does not see its demise.

He is unforgiving of the EU’s role and ambition evinced in its lacklustre contribution to the Ukrainian civil war. His warning is that the EU’s appetite for continuing enlargement is putting its own existence in danger. Like a great many others he expresses alarm at the presence of a large but disparate group of radical populists at the European parliament. The public mood in Europe he states is best described as “ a combination of pessimism and anger.”

Professor Berend is cautiously optimistic about the survival of the EU project, something of acute importance to a potentially lonely Ireland. Nevertheless the desire to integrate the EU further will throw up some very controversial choices for this state, not least in the areas of taxation and the creation of a stronger security and defence capability, less dependent on NATO.

Chronologically written and drawing on new findings from two major archives (the archives of the US State Department and Archive of European Integration), careful analysis underpins Berend’s challenges to many of the myths and fables that are perpetuated both by ardent opponents of the EU and its rather too enthusiastic supporters.