It wasn’t meant to be like this. In 1983, the minister for posts and telegraphs assured the Dáil that local radio would “allow the flexibility necessary for the development of services which will meet a very wide range of community needs and interests”.

All the buzzwords were there. Local radio would be “community-based”; among others, “youth organisations” would be consulted before fully considered legislation was produced, taking into account “social and cultural factors”. Pirate radio stations, playing wall-to-wall Top Thirty hits, would become a memory, replaced by truly local radio stations.

Jim Mitchell’s promises came to nothing. It was another minister, Ray Burke, who finally ended the RTÉ monopoly on the airwaves, in 1988. The first independent-local-radio licences were issued a year later.

Yet for all the promises of variety, there is a sameness to local radio. Rather than competing voices, in most parts of the country, there is a single broadcaster, granted a legal monopoly. The formula is almost always the same: a morning talk show dealing with local issues, often fuelled by whatever local councillor had managed to come up with a suitably controversial topic to stir controversy or, failing that, phone-ins from listeners, then a mix of middle-of-the-road and country music through lunchtime until the early evening, changing to a more youth-orientated music mix later in the evening. Highland Radio. Kfm. Shannonside. Midlands 104fm. Southeast Radio. Highland Radio. Same template: only the accent and the altercation-of-the-day vary. 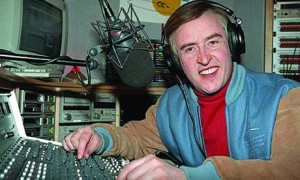 Outside of the mid-morning anchor show (and maybe a late-night phone-in), voice is largely absent, as listeners are given a diet of music. The hourly news bulletin goes towards the news and current affairs requirement, but is often generic. Documentary programming is largely unknown, though the Broadcasting Authority of Ireland (BAI) provides up to 95% funding for it, from the Sound+Vision programme.

Recession and internet competition may mean local radio is no longer the licence to print money it was once perceived as, but the licences are still valuable enough that in five cases where the BAI has invited ‘expressions of interest’ as the licences come up for renewal, other groups have expressed interest.

Denis O’Brien’s Communicorp is one of the dominant players in the market. In addition to controlling interests in the to independent national stations – Today FM and Newstalk – Communicorp holds shares in 98FM, Spin 1038 and Phantom 105.2 (Dublin) and Spin Southwest (Limerick/Kerry/Tipperary/Clare). Previously, Communicorp also held shares in East Coast FM (Wicklow) and Highland Radio (Donegal).

Below the commercial stations are the ‘community radio’ stations, operating on a non-commercial basis. Staffed largely by volunteers – occasionally supplemented by FÁS training schemes – their limited geographic reach means most people have never heard a community broadcast, even if they are within range of one.

Community radio stations are  represented by CRAOL, while commercial independents are represented by the Independent Broadcasters of Ireland (IBI). As Pat Rabbitte considers the future of media ownership and broadcasting, including a ‘screen tax’ on television, computers and mobile phones to replace the licence fee,  the IBI has already begun lobbying for a share of the spoils, arguing that it provides a public service, and is as entitled to a government rent as RTÉ. Regulation of the sector is further complicated by a sharing of responsibilities between the department of communications, energy and natural resources and Alan Shatter’s department of justice and equality.

Rabbitte (or Shatter) may decide that the blandness of commercial radio hardly qualifies it for state subsidies, but the government is equally unlikely to take the imaginative step of providing significant new BAI funding to the community radio stations. Community radio, free to the demands of advertisers to deliver attractive demographics, can be dangerously innovative, giving a voice to people who have scant chance of getting a hearing on national or local mainstream frequencies. Irish governments have never appreciated truly independent thought, so community radio is likely to remain underfunded, a ghetto for the dedicated and the few who can scrape together desultory grants.

Gerard Cunningham has contributed to local and national radio stations as a reporter and researcher, and is one of the contributors to Scibernia, a science podcast also broadcast on community radio station, Near FM.