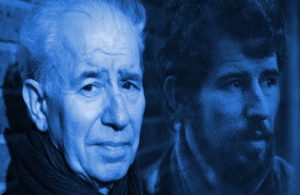 The Irish Government has condemned –  and continues to condemn – the proposed legislation by Boris Johnson’s Conservative government in London to enact legislation to put an end to legacy cases arising out of the Troubles in Northern Ireland. The Irish government has become part of a chorus of condemnation of the proposed legislation. Simon Coveney, the Minister for Foreign Affairs, has pointed out that the Stormont House Agreement, which deals with legacy issues, must be honoured. The government is singing off the same hymn sheet as all of the major Nationalist and Unionist parties in the North, not to mention an array of relatives of victims of violence perpetrated by British Army and various paramilitary organisations.

The Taoiseach and his ministers may not yet be aware that they are about to be cited as respondents in a petition which will call upon them to deal with a case that has a legacy dimension to it but is also a current issue. It is being brought before the United Nations by Osgur Breatnach for the failure on the part of all Irish government since the 1970s to conduct an inquiry into his arrest along with that of Nicky Kelly, Brian McNally, Mick Plunkett and John Fitzpatrick and Michael Barret allegedly for the Sallins Mail Train robbery. The heist, which took place on 31 March 1976, was carried out by the Provisional IRA. Over £300,000 (€M1.5 in today’s money) was stolen from the Cork to Dublin mail train near Sallins, Co. Kildare.

None of the men who were arrested had any hand, act or part in the robbery. It was perpetrated by the Provisional IRA, a paramilitary organisation. The Provisionals admitted responsibility for it in May of 1980. Breatnach and his colleagues were members of the Irish Republican Socialist Party (IRSP), a political organisation. None of those arrested were connected with, or involved in any form of terrorism, let alone armed robbery, a fact the courts belatedly acknowledged.

None of those arrested were connected with, or involved in any form of terrorism, let alone armed robbery, a fact the courts belatedly acknowledged.

Breatnach’s petition to the UN will ask the UN to conduct an inquiry into the conduct of the Sallins case. The petition is being endorsed by all Irish human rights associations (Amnesty International, the Irish Council for Civil Liberties, Committee for the Administration of Justice, and the Pat Finucane centre) and Nicky Kelly, Brian McNally, John Fitzpatrick and Michae’ Barret.

During garda interrogation Breatnach and the others – with the exception of Plunkett – signed alleged confessions. Significantly, they sustained extensive bruising and injuries they claimed were inflicted by members of the Gardai. The Gardai claimed the wounds were self-inflicted.

The case was thrown out of the District court as no evidence at all was produced after six months. A trial proceeded against Breatnach, McNally, Plunkett and Kelly in the Special Criminal Court. Judge John O’Connor of the Circuit Court was one of a three judge panel. It collapsed after he died sixty-five days into the  hearings.

Medical evidence of beatings was presented during both trials, doctors  claiming the injuries were not self-inflicted.

The court held that the wounds the men had suffered had been self-inflicted or inflicted by the co-accused.

One of the accused, Nicky Kelly, had no confidence that justice would prevail and jumped bail – later fleeing the country before the conclusion of the second trial. Breatnach and the other two were found guilty, solely on the basis of their alleged confessions. They were sentenced to between nine and 12 years in prison. (33 years between them).

Kelly was sentenced in his absence.

The following May, Breatnach and McNally were acquitted on appeal. It was determined that their statements had been taken under duress, the Appeal Court’s language equating the duress to torture.

Kelly returned to Ireland from the USA in June 1980. He spent the next for years in prison. He was eventually released on “humanitarian grounds” in 1984.

He was given a presidential pardon in 1992. Even this is hardly satisfactory for there was nothing for which to pardon him. Nonetheless, the public has accepted it as an acknowledgement of the miscarriage of justice that he, Breatnach and the others had suffered.

He suffered – and continues to suffer – post-traumatic stress disorder.

His life was derailed by the scandal.

He has been campaigning for an inquiry into the wrongdoing behind the case but has been met with State deaf ears for decades.

The Sallins case did not take place in a vacuum. Its roots can be traced back, at least, to the Arms Crisis of 1970. In that case Peter Berry, the Secretary at the Department of Justice, and others, engaged in witness statement tampering, perjury and forgery.

Colonel Michael Hefferon was the Director of Irish military intelligence, G2. He retired in 1970 before the Arms Crisis erupted. Prior to his retirement, he had kept James Gibbons, the then Minister for Defence abreast of efforts by G2 to secretly import arms with the knowledge and permission of the State. A witness statement Hefferon made prior to the first Arms Trial was altered. If Peter Berry was not the actual culprit, he certainly knew about the interference. The alteration was designed to cover-up the role of Gibbons in the importation.

Des O’Malley, the Minister for Justice, read and initialled the file which showed the deletions of the Hefferon’s account. After this, the statement was retyped before it was placed in the Book of Evidence.

James Gibbons and Peter Berry committed perjury on behalf of the prosecution at the arms trials.

Jerry Cronin, who succeeded Gibbons as Minister for Defence, became an unwitting participant in the creation of a forged military memorandum. He did so in conjunction with the then taoiseach, Jack Lynch. Cronin later apologised to Capt. James Kelly for this and refused to serve in Lynch’s 1977 cabinet as a result

After the trial, one of the defendants, Captain James Kelly of Military Intelligence attempted to publish a book, ‘Orders for the Captain’. Minister George Colley threatened one of the publishers with the withdrawal of government printing contracts if they went ahead with the publication of the book.

What type of a signal did Berry to send to the gardai in 1969-70? The message was unmistakable: if the top security officers of the State could engage in this sort of malpractice, there was no brake on what officers in the field might do.

Osgur Breatnach intends to launch his petition shortly.  The Tories in London and Unionists in the North will have a field day if the Irish government resists it. They will say – and be entirely correct in saying – that the Irish government is acting in a hypocritical manner during which it is covering up its own legacy issues while lecturing London to do just the opposite

There are also legacy issues which are unresolved arising from the Arms crisis. Last year, the present Minister for Justice, confirmed that there are still files which have yet to be released. Captain James Kelly and others also deserve to have this ‘legacy issue’ dealt with.