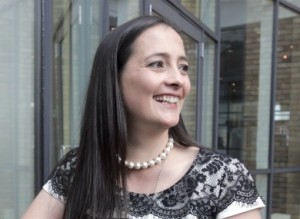 What’s your geographical and professional background?

I am originally from Carrickmacross, Co Monaghan, but moved to Dublin over 20 years ago. I have worked as an English and Music teacher in St Tiernan’s Community School in Dundrum for the past 16 years.

How long have you been in the Greens and how did you first get involved?

My husband and I joined the Green Party shortly after the birth of our first child, Turlough, in 2007. I got involved for the sake of his future and the future of all of our children. They were, to me, the only party looking to the long-term.

Are you on the practical or radical wing?

I don’t think the two are mutually exclusive. I believe in practical, long-term sustainable solutions, but I also think we really have to change the way we think and do politics before we can implement the solutions.

Looking at things in an innovative way, seeking solutions, and my children of course!

What is your political priority?

To provide a voice for real equality of access to quality education for all.

How would you reform education?

We don’t just need more investment in education we need innovation and creativity and a more user-friendly system for all. We need to formally incorporate wellbeing into the curriculum so that the way we teach our children is more individualised for each student. Teachers are under-resourced and over-stretched and that needs to change too.

What instrument do you play?

I sing and I also play the piano.

How would you get more women into politics?

Show them it is possible to effect change and reform systems, and make it possible to have quality family time.

How comfortable are you debating the fiscal space?

It’s another complex label for something reasonably straightforward. To the detriment of other issues, it dominated the first week or so of a short general election campaign.

What simple changes could best be made to health policy?

The simplest and most effective change would be to integrate effective mental-healthcare services into mainstream health and education policies.

What is your environmental priority?

We have to strive to meet our 2030 emissions reductions targets. If we don’t it will cost us a lot of money – nobody is spelling this out. The previous government would sooner incur fines than come up with solutions.

What are the biggest local issues in your constituency?

Equal access to quality education and childcare are huge issues for families and people are genuinely stressed, worried and losing sleep over these issues. Providing effective crime-prevention is also a big concern for many.

What is your political philosophy?

Everything is interconnected. We need to bear this in mind when tackling problems and providing solutions.

How would you describe yourself on a left-right or liberal-conservative scale?

I am not into political labels. Actions speak louder than labels.

Do you believe in equality and if so which type eg opportunity, wealth or outcome?

How many hours a week have you been devoting to Council work?

Every hour that was feasibly possible!

Did the Greens do a good job in government?

Yes and no. The Greens were tasked with dealing with an economic collapse that was not of their making. It would have been very easy to walk away from that saying it wasn’t our fault, but they didn’t, and they knew they’d take a hit for it. Balancing the books was never going to be easy, but every budget that the Greens were involved in was progressive, at least, which can’t be said of the outgoing Government. Many of the Greens’ achievements that were tangibly good were lost with poor communicative messaging.

What lessons have they learnt?

To be extremely cautious about going into Government again and be absolutely insistent on a dividend of delivery of green policies. To communicate in a clearer way that the green message is one of social justice.

How would they do it differently a) in a future government and b) if negotiating a role in government in the 2016 Dáil?

We will insist on a progressive policy platform, one that looks to the long term, and exploits the green economic transition that will happen in the next 50 years. The party has learned lessons from its time in Government, and we will tread carefully if the opportunity arises again.

How much of the Green vote was for the Greens and how much for the environment and oppositionalism?

I think there were two elements to the Green vote: a vote for the party itself and a vote for the environment. There has been a Green voice missing from the Dáil for the last five years. Nobody was raising environmental issues. They wanted that Green voice back in the Dáil, and they trusted the Green Party to be that voice. I also believe the vote was due to the hard work we have been doing in our communities across the length and breadth of the country.

What would the Greens do about quality of life?

Our first priority would undoubtedly be ensuring that every citizen has access to a warm, comfortable, affordable home. This would involve an ambitious state-backed building scheme to deliver the housing stock needed. We would also ramp up the home retrofitting scheme that was introduced during our time in Government, so that the elderly or at risk can have their homes insulated. Another priority would be childcare. These are critical issues that need to be addressed. great sense of happiness, relief and satisfaction that the hard has paid off. Many of them worked alongside me for the past 5 years. I personally feel a tinge of sadness that both my parents did not live to see me being elected to Dáil Eireann and witness the excitement of the count and the declaration. Many of those in media were surprised as they did not see me in contention to take the seat. It has been an incredible few days really, and I appreciate all the congratulations and well-wishes that I’ve received.

What makes you angry?

What are you reading?

‘No Ordinary Women by Sinéad McCoole.

Who are your political and other heroes?

Constance Markievicz because she was a woman of determination, independence, vision and self-sacrifice. Her strength and resilience has inspired generations of men and women.

How will history see the difference between FG and FF?

Very little. Personality and not policy differential, with one happening to be in power for a greater period of time than the other.

How would you reform the legal profession and the judiciary?

Costs are exorbitant so make it more user-friendly so that recourse to the legal system is truly accessible to each and every person.

Do you think there are problems with media ownership in Ireland?

Yes. No one individual should be allowed a dominant position.

What do you think about the sincerity and efficacy of the radical left and Sinn Féin?

I do not doubt the sincerity of Sinn Féin’s public representatives or those on the hard left. I’ve worked with all parties effectively at local level to find solutions and get things done. I think there is a problem with the Dáil and how it functions. Opposition TDs and backbenchers have had no real power in the past, so Punch and Judy politics prevailed. Why bother presenting good ideas and solutions if they are going to be ignored?

What has the reaction being to your election – among friends and family, and among politicians and media?

Among my friends and family there has been a great sense of happiness, relief and satisfaction that the hard work has paid off.  Many of them worked alongside me for the past five years.  I personally feel a tinge of sadness that both my parents didn’t live to see me being elected to Dáil Éireann and witness the excitement of the count and the declaration.  many of those in the media were surprised as we did not seem in contention to take the seat. It has been an incredible few days really, and I appreciate all the congratulations and well-wishes that I’ve received.

Where will you be in ten years?

Firstly – hopefully alive! Secondly, enjoying the good health of myself and my family. Thirdly, seeing a transformed Green Party having firmly consolidated and established itself throughout Ireland, and having a positive impact on Irish politics.