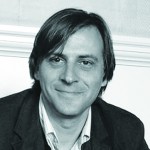 Illegal corruption – in its various forms and expressions – is hardly a rarity in Irish society. This much we know. Perhaps less well understood are the legally permitted forms of corrupt behaviour that contribute to social and economic degradation and undermine democratic institutions and the legitimacy of the State.

Economists identify corrupt activities to include illegal abuses of the system, such as bribery, cartels, collusion, price fixing, and embezzlement. But corruption also includes activities that fall into grey areas of the law – tacitly allowed: cronyism, nepotism, patronage and influence-peddling.

Over the years, the Irish State recognised these activities and somehow decided unofficially,  of course, to give their perpetrators the strongest political representation in the land – direct access to policy formation. In recent decades our Government and elites, Left and Right, went so far as to institutionalise the arrangement.

Since 1987, Social Partnership has constituted a closed shop with membership restricted to select organisations, representing certain subsets of Irish society. Since this membership restriction is codified and since Partnership is explicitly concerned with fixing prices for some forms of capital and inputs into production, it is both de jure and de facto a cartel. That it is a public cartel, as opposed to a private one, does not change its corrupt and corrupting nature.

This cartel actively and with State support promoted policies that led to gross distortions of markets and competition; and also led directly to the relegation of the State’s duty of care to consumers and ordinary investors.

Social Partnership rubber-stamped a policy of ‘Never at Fault, Never Responsible’ for our financial regulatory and supervisory regimes. It trumpeted the culture of unaccountability in the public and protected-private sectors. Without Social Partnership support, it is hard to imagine the State sustaining the very regimes that led to open, but never-prosecuted violations of the law (e.g. breaches of regulatory liquidity-requirements), ethical codes (e.g. loans-for-shares machinations and misclassifications of deposits), MiFID (Markets in Financial Instruments Directive) requirements (e.g. the mis-selling of investment products by at least four banks in Ireland, uncovered two years ago) and violations of prudential ethics in financial regulation (e.g. resistance to full public-data disclosure and investor-suitability testing and protection in the case of property transactions).

Neither the Unions, nor any other Social Partners stood up at the Partnership Table in support of the handful of whistleblowers pointing to the above failures. The ‘straw man’ argument is that the Unions always advocated ‘more regulation’. Alas, history shows that other priorities miraculously took precedence time and again over the proper regulation of finance, the protected professions, quangos and pretty much every other aspect of Irish governance. These, of course, were pay and conditions for the Unions’ members, slush-funds for ‘training’ and ‘research’ activities, and State-board appointments, including to the boards of financial regulation and supervision bodies. Having been bought by the ‘robbers’, the self-appointed ‘cops’ have, since the late 1980s, stayed nearly silent lest they damage the regulatory charade performed by the Government and rubber-stamped by their own members in charge of the regulatory bodies.

In effect, the Irish State didn’t just tolerate corruption, it actively managed it. Even debating the merits of the form of corruption embodied by Social Partnership shows how instrumental ethics replaces real values when the cancer of corruption metastasises. Social Partnership is simultaneously a collusive cartel, a conduit for influence peddling, a vehicle for patronage and a price-fixing mechanism. Its goal is to preserve the status quo of wealth and income distribution, skewed in favour of the Partners.

It should come as no surprise that in 2011, Ireland ranked 19th in the Transparency International Corruption Perception Index (CPI) – the lowest of all small, open economies in the Euro Area, bar Estonia and Cyprus. As the Moral Sages of our Left ardently decry market economics, its flagships – New Zealand (ranked 1st in the world), Singapore (5th), Switzerland (8th) and Hong Kong (12th) – are less corrupt than the Social-Partnership-governed Ireland. In Political Risk Services International Risk (PRSIR) rankings, Ireland is placed 26th-31st in the world – alongside Uruguay, the UAE, Botswana, Israel and Malta. The only euro area country that scores below us for overall political risks is Estonia.

Higher corruption overall is associated with a significantly lower quality of economic institutions. The correlation between the CPI score, the Economist Intelligence Unit Country Risk Assessment score, the IMD World Competitiveness score and the PRSIR score is in excess of 0.9 or, in statistical terms, nearly perfect. This shows the costs we pay for corruption in terms of the quality of economic institutions.

In 2011, trust in the Irish Government as measured by the Edelman Trust Barometer – another metric of the quality of democratic institutions that correlates strongly with CPI – stood at 20%, against an average of 52% for the 23 countries surveyed in the report, making Ireland the lowest ranked country in the study.

Years of institutionalised corruption, sanctioned by the State and sanctified as Ireland’s panacea for industrial conflict and policy stalemate – Social Partnership – have definitely come home to roost.

If Constantin Gurdgiev is correct – and he seems very sure of himself – Europe’s most progressive societies are corrupted to the very core and will soon endure an Irish-style collapse.

Social dialogue is a hallmark of the socio-economic model adopted by countries like Sweden, Norway, Denmark and Finland, where it has attained a level of sophistication not seen here, where the ‘Anglo-Saxon’ model holds sway.

Much the same can be said of Germany, France and Austria, where social dialogue became a key building block of post-war reconstruction and development.

While the models vary, the essential common element is a desire for greater civil-society influence over the operations of the market. At a practical level this means comparatively strong representation rights for trade unions at both workplace and national level, along with an array of legal protections that are glaringly absent in Ireland.

Trade unions here – uniquely in the developed world – have no legal right to negotiate for members, and activists can be sacked with the full sanction of the law. It is a little difficult to reconcile this with the ‘truism’ advanced by Mr Gurdgiev and others that ‘unions ran the country’ during the years of social partnership (1987-2010).

The Gurdgiev Model postulates a causal link between trade union access to the centres of power, institutionalised corruption and inevitable economic collapse. Apply Gurdgiev to the Nordic countries and others that prioritise social dialogue and all should now lie in ruins.

Except they don’t. Indeed, the Nordics in particular seem remarkably unscathed by the current turmoil.

His is a fine theory in print, but a little less solid when confronted with reality. Indeed, it stretches the bounds of credulity when Mr Gurdgiev attempts to link social dialogue with the fraudulent activities of senior bankers, specifically attributing blame for the “mis-selling of investment products” and “misclassifications of (bank) deposits”.

‘Far fetched’ would be an understatement.

Applying the same standards of evidence, a compelling case could be made for the devastating impact social partnership had on the fortunes of the Dublin senior football team: just two finals and one title in its 23 year lifespan! And only when the shackles of social dialogue are thrown off do they triumph again! Uncanny.

But there are more serious (unspoken) assumptions at the heart of Mr Gurdgiev’s flawed proposition. Strip away the verbiage and it is the very right of trade unions to represent members and engage in dialogue with other national interests that is being contested.

Business has no problems with access. Government ministers meet routinely with business lobby and interest groups (many with questionable representative credentials).

And then there are the private lunches and social functions, the fundraising golf classics and ‘chance’ encounters in golf clubs that lubricate the modern economy, often with disastrous results. (As an aside, surely the role of golf in the collapse of late-20th-century Irish capitalism demands urgent study?)

Yet, when genuinely representative bodies such as trade unions engage in such dialogue, their right to do so is queried, their intentions depicted as selfish and malign.

The Irish Congress of Trade Unions is the single largest civil society group on the island of Ireland, representing over 800,000 working people in both jurisdictions. It represents working people as a matter of right, not by the grace and favour of business interests and commentators.

Equally, the attempt to tie unions to the economic collapse is but a variant of the lie that has flourished across Europe and the US since private banks and the buccaneering financial markets brought the house down: blame the public sector, blame the Government, blame social spending …

In short, blame everyone but the perpetrators.

Serious studies of the Irish experience of social dialogue confirm that it helped lay the foundations for a genuine boom in the 1990s, which generated real growth and real jobs, as opposed to the House of Sand model adopted post-2003.

In 1997, the FF/PD coalition assumed office, impelled there by front-page editorials claiming ‘pay back time’ for the taxpayer. They then diverted the proceeds of the real boom to fund their own pet ideological project – building the low-tax, low -regulation, bargain-basement economic model.

Mary Harney correctly framed it as a choice between Boston or Berlin. Business and government were as one and they prevailed. We got Boston. On speed. And now we have Berlin, afflicted with a bad case of historical amnesia.

Social partnership had its flaws and errors were made. But perhaps the greatest failing was its inability systematically to engage with and shape that key debate.

And trade unions too must take blame for failing to grasp the significance of what was then unfolding and contesting it more vigorously. Berlin no longer holds much attraction. Copenhagen anyone?