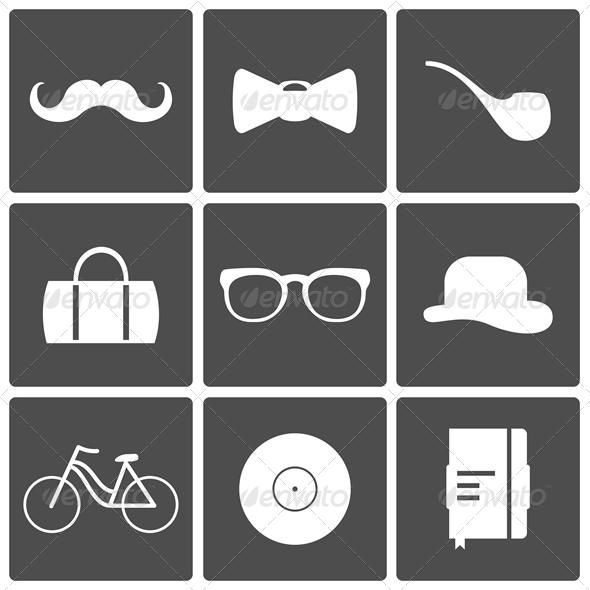 ‘When art is made easy, it’s made cheap’

Okay, I admit it – I’m a hipster. I’m the person you see with a polaroid camera slung around my neck on my way to pick up Howlin’ Wolf’s psychedelic album – on vinyl, of course. I belong to that group of people who treat yellowed books like gold and would use a Kindle as kindling. And I’m one of the worst of them – I even have two typewriters, and I’m still at school.

There is a general hatred of hipsters felt by almost every individual on this planet who  notices us, but we don’t care, don’t register. The criticism is that we think we’re too ‘hip’, that we want to be different for the sake of it, that we drift away from the mainstream and have gone to live La Vie Bohème because of our supercilious feeling that anything popular has to be bad. We’re seen as a strange breed of elevated hippies.

However, this opinion misses the point of ‘hipsterism’ (by the way, we’re not a weird unified cult or anything, we wouldn’t coalesce or even conspire). It’s not a matter of “we’re so original and cool” compared with the drab majority who just don’t get it. For me, it is a reaction to the airbrushed digitalisation of art. We’re not trying to be above everyone else, we just don’t buy into this. There is a desire for expression in a tangible form, to read books rather than screens, to see the needle on a spinning record, to understand that light doesn’t create a photograph just by magic. Nowadays we are so distanced from the process of creation that we are reverting back by decades, before iPods and eBooks even started.

Think of it in terms of the notorious polaroid. When all you have in your camera is twelve shotsworth of film, you’ll be careful with your pictures. You’ll set them up just right, and you won’t just go snapping away at anything that takes your momentary fancy – film is way too expensive for that! With a digital camera, there simply isn’t the same value in your shots. Admittedly it is convenient, but when you limit yourself you’re more likely to want to photograph something eloquent or beautiful, rather than shooting off 127 ‘selfies’ in front of your bathroom mirror. The case is similar with typewriters; when you’re typing on your robotic wireless keyboard, just as I am now, there’s no sense of an actual connection. I’m hitting the buttons, and letters are appearing magically, but I have no real physical link with it. With a typewriter though, you really get the feeling that you’re making it happen, you can even tell how angry or excited someone was while typing, because they’ll often tear right through the page.

But of course, vinyl is the ultimate hipster symbol. I love vinyl, and I don’t care how expensive or scratchable its artful  disks are – when the needle sets down and I hear that first crackle, I relay lumbar shivers. Maybe the sound isn’t crystal, but some people just don’t go for the polished auto-tune of the Glee cast; some music is meant to be rough. Take The Velvet Underground for instance, soignée hipster favourites. If White Light/White Heat came out today, Sister Ray would be a three-minute single, most likely featuring Nikki Minaj. And then there’s the wonderment  that you can actually watch it spinning – it’s the only form of recording where you can watch the music happen. iPods function on the surreal notion that you can fit Sonic Youth’s complete works into a matchbox, but with records you’re brought back down to earth, where things are made real in front of you.

We live in a world of mail-order experience. Why go to a concert when you can hear it all on Spotify? Why read a book when you can just Wiki the plot? Our chronological displacement is a symptom of the search for unique and personal experiences. All the secret treasures you can find – light leaks in a photograph, a locked groove on a record – are alien fugitives in a perfect HD world. Today we ‘access’ everything at our touchscreen-compatible fingertips, and sure, convenience is great, but something is eroded. When art is made easy, it’s made cheap, so we ‘hipsters’ look for the real thing. We want to feel the rough edges of creation in this dented universe.