Thomas Piketty and his colleagues at the World Top Incomes Database (WTID) have revolutionised the study of income equality through their clever harvesting of data from historical tax receipts and national budget records. Their data can be used to study how the proportion of national income collected by the very wealthiest people in society has varied with time.

The period for which complete records exist varies from country to country; for example there are extensive records dating back to the revolution for Professor Piketty’s home country of France but there are much less comprehensive records from the relatively young Irish state.

Nevertheless Piketty’s Irish data do provide some interesting insights for the period 1922 – 2009.
Chart 1 shows that at the end of the Second World War (WW II), the top 1% of earners in Ireland, the United Kingdom and the United States collected about 15% of all national income. The share collected by the wealthiest people dropped in the subsequent decades and then rebounded from the mid-1970s. At the start of the new millennium, before the Global Financial Crisis hit, the concentration of income at the top was almost back at pre-war highs.

Considering the data from an Irish perspective one notices two points in Chart 1 where inequality in Ireland diverges from that of a larger country: the first, at the start of the 1950s, where the inequality continues to drop in Ireland (and the UK) but begins to stabilise in the US. The second divergence is at start of the 1980s when the highest earners in Ireland begin to fall back from the UK (and US) trend.

WTID figures show that since the 2007–2008 Financial Crisis, the incomes of the top 1% in the USA have recovered and surpassed pre-crisis levels.

The most important lesson to be drawn from the work of Piketty and his colleagues is that changes in income inequality are not a manifestation of inviolable laws of economics, but rather they occur as the result of very specific policy choices made by certain governments at certain times.

The main signal in the data, i.e. the decline in income concentration from WWII until the mid-1970s and its subsequent rebound, were caused by structural changes related to WWII and by the actions of conservative governments respectively (these agents have been discussed in Piketty’s ‘Capital in the 21st Century’ and elsewhere and I will not repeat them here).

The divergence of Irish (and UK) income-inequality from the US trend has been ascribed by Professor Piketty to the fact that after the war the income earned from capital, specifically from land and financial assets, dropped further and for longer in Europe than in the US.

Presumably the second Irish divergence (from the UK) in the 1980s was due to the fact that the UK and the US began reducing their highest income-tax rates at the start of the decade whereas Ireland’s highest income-tax rate peaked in the middle of that decade, to the consternation of those on the PAYE marches.

It also seems to be the case that while the US has been getting more unequal in the downturn, that for Ireland the Gini coefficient, at least, is around where it was at the start of the downturn. Since this is not the case before re-distribution, it must be in part because of a progressive decision to keep social welfare relatively high even though the numbers receiving it have burgeoned. 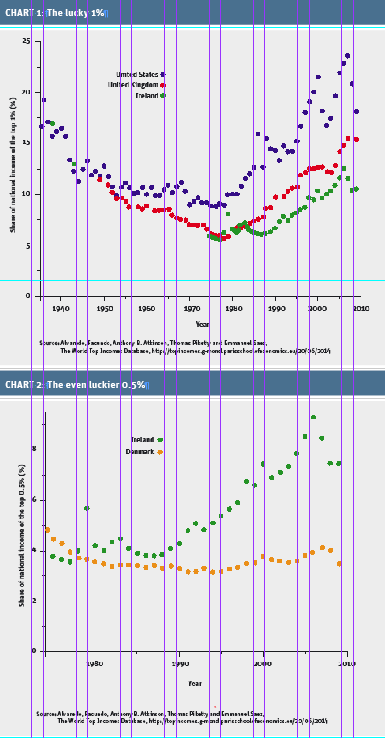 These explanations raise interesting questions about the relationship between growth and inequality; specifically, one could ask if growth in an economy is always accompanied by an increase in income-concentration.

A quick consideration of Chart 1 shows that this is not the case, as the great post-WW II economic expansion in the US and UK was in fact accompanied by a decrease  in inequality (the growth of inequality during Celtic Tiger Ireland shows, however, that decreasing inequality is not a necessary condition for booming growth, even if some, including Paul Krugman and Standard & Poors in the US have been arguing inequality is a hindrance to growth).

Looking at Piketty’s graphs for inequality in Ireland since WW II one could query why Ireland, which didn’t suffer as badly as other countries during the war and which didn’t elect especially conservative governments from the mid-1970s, followed (to the first approximation) the same trend as the US and the UK.

One could hypothesise that increasing income inequality is something like a strong global tide that Ireland is, in the main, powerless to resist.

This hypothesis is falsified by the consideration of another small, relatively wealthy Western European country, Denmark (Chart 2).

Piketty’s work doesn’t just show that income inequality is a problem, and growing in most places; it shows that levels of income are national constructs which can be controlled by government policy. Complex as it is, if we are serious about addressing inequality we must analyse the data to fuel progressive public policy. • 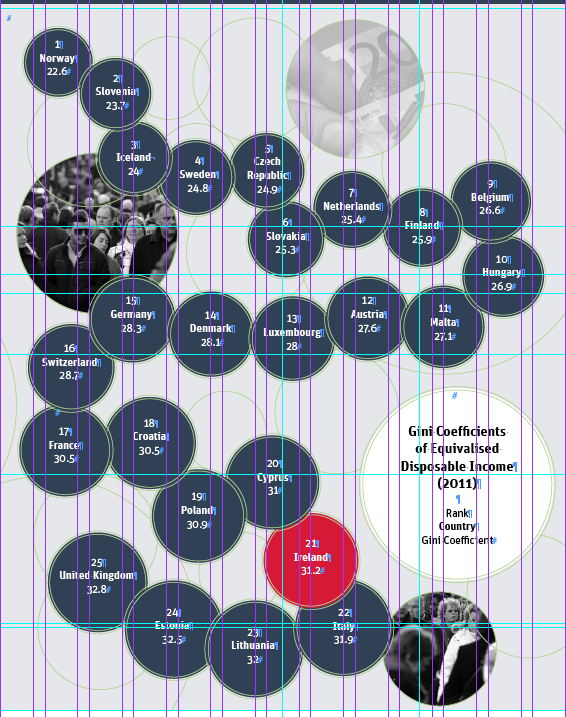 Towards the end of the boom and during the downturn the Gini coefficient, which measures equality, improved in Ireland, post-redistribution

As already stated, the WTID trends for Ireland only cover up to 2009.  But there are other reasons why Ireland’s inequality trajectory is not as clearly accounted for by Piketty’s data and central thesis as the US’ and some other countries’. First, Piketty focuses on pre-distribution income but, as the ESRI has shown, redistribution in Ireland – through direct taxation and welfare – very significantly reduces inequality.

This is much less the case in the US where welfare is more basic. Indeed of the 31 wealthy countries included in an OECD analysis for 2009, Ireland had the highest level of inequality for direct income by some distance. Ireland’s tax and transfer system, on the other hand, had the biggest impact on reducing the level of income inequality, putting us 17th out of 31 countries and making us more equal than the OECD average albeit by a narrow margin, in 2009. 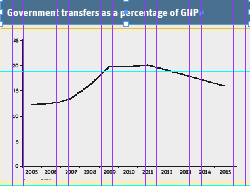 Having disimproved in the early years of the boom from 30.2 in 2000 to 32.4 in 2005, income inequality in Ireland has narrowed during the economic crisis due to the protection of welfare rates and middle-income earners shouldering the burden of tax increases, according to the ESRI. In 2011 it was 31.1. and for the latest year available 2012, it remained around the same.

However, there is no room for complacency as it leaves us more unequal than we were in 2000. It is worth noting in passing the egregiousness of Ireland’s  pre-distribution inequality, which soared at the start of the downturn and has only modestly decreased in the following years. Longer-term, it has disimproved from under 49 in 2005 to over 53 in 2012. •