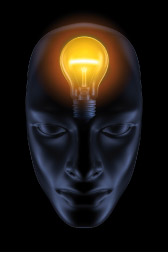 We hear calls for Irish intellectuals, not only economists, to produce new thinking about the present and future of Irish society and politics.  In effect these are calls for Irish intellectuals to help the nation by becoming creative thinkers about the human condition and its requirements in Ireland now.  Such calls are understandable in the present circumstances, but they leave out of account the discouraging environment for creative thinkers which our Republic offers.  There is no weekly or monthly magazine of ideas in which Irish thinkers might present their thought in a sustained manner and debate with each other.  And the existing mass media have been engaged in an intellectual dumbing down.  Moreover, insofar as the print media, radio and television publicise or discuss Irish writing, they confine themselves to prose fiction, poetry and plays; that is to say, to fictive writing, to the neglect of creative writing about human reality in Ireland or generally.  State funding of creative writing practises a similar discrimination.  Aosdána, a state-funded, self-electing assembly of creative individuals, admits writers to membership among others.  To those writers who can prove their need, it pays an annual stipend.  But they must be fictive writers; philosophical writers are excluded, even if they are an Irish Fukuyama or Freud.
In the matter of book-publishing the Arts Council discriminates similarly.  On the grounds that sales would likely be small, Irish publishers are reluctant to accept works of thought.  To obviate a similar obstacle in the case of prose fiction, plays or poetry, the Arts Council subsidises the publication of such works.  But thinkers are left to fend for themselves, even if they are a new George Berkeley, Edmund Burke or Douglas Hyde.  A third state-funded agency, Culture Ireland, is charged with promoting and subsidising Irish culture internationally.  In the year 2008 it subsidised 282 Irish cultural events.  Insofar as these involved Irish writers, once again all of them were of the fictive kind.  In other words, the 282 events included none—not one—in which Culture Ireland subsidised an Irish thinker addressing a foreign audience about some aspect of reality; perennial, contemporary, or past.  Thus Irish culture is officially represented to the world as a culture lacking any notable thought.
What all these discouragements, taken together, seem to amount to is the Irish establishment and its subordinate tiers working to confirm that very English notion, notably articulated by Matthew Arnold, of the imaginative, thoughtless Celts: gifted entertainers of their pensive Saxon masters cogitating on how to run the world.  Certainly our past history plays a role in all this.  The objective discouragements which we impose on Irish creative thought both grow out of, and reinforce, an inherited subjective discouragement present in many Irish people.  To engage in sustained creative thought requires confidence in one’s ability and right to discover truth independently.  But the legacy of centuries-long mental colonisation of the Catholic Irish—the great majority, the conquered ‘natives’—by the English, their colony in Ireland, and the Catholic clergy, deprives many of us of that dual confidence.
Generations of our ancestors were trained in the belief that it was only ‘others’—the Anglo-Irish, the English, the priests—who had that ability and right: and this has left an inherited ingrained mark in many.  Thousands of those so marked are active in the Republic’s mass media, government, schools and seats of learning, and subliminally delivering a similar doctrine, with the privileged ‘others’ now located outside Ireland.  This goes far to explain why, when the Catholic Irish ultimately achieved the chance to call the shots, they created a republic that discourages home-grown creative thought, and makes its sustained expression a guerrilla enterprise.  The resulting Irish life, conducted on the basis of unscrutinised imported thinking, falls short of adult life and resembles that of minors guided by what adult elders elsewhere think.
As we witness, distressed, the swollen numbers of young suicides and the regular or occasionally spectacular nights of self-destructive youthful frenzy, a voice is sometimes heard saying: ‘Now that in great measure our young people lack the guidance previously given by the Catholic Church operating through believing parents, teachers, clergy and religious, what a shame that we have not inherited a thought-out philosophy of life and ethical behaviour, with the result that we lack such a philosophy now!’ What is not added is: ‘and do everything we can to prevent its production’.

Dr Fennell’s latest book is Ireland After the End of Western Civilisation, Athol Books online.  He is at www.desmondfennell.com