In December a group called ‘Identity Ireland’ made much of a do online about the relative nothing of unfurling their banner from a bridge over a motorway. The banner urged motorists to “DEFEND IRELAND”, prompting one Twitter user to quip they were “11 days too late” (referring to the Irish soccer team’s humiliating 5-1 defeat to Denmark). The further irony is that the Identity Ireland group itelf is but an Irish franchise of a European anti-immgration organisation. An organisation of foreign conception bemoaning foreign influence. While it may seem ridiculous, anti-immigration groups coming into the open like this is a new development, another symptom of sentiments more likely to find expression in the broadsheets than in the streets.

This Summer, the Irish Navy ship LE Eithne rescued 700 people from the Mediterranean sea in a single day. Those souls were but droplets in a wave of refugees, cast adrift in the wake of state failure in various parts of the Middle-East. There is much anxiety across Europe about the demographic consequences of an influx of migrants. Kevin Myers uncharacterisitically said sorry for a supposed slur on an ethnic minority that ended his tenure as a columnist for the Sunday Times. Yet he is less contrite about his numerous other statements stoking anxieties about other minorities. Myers described the swell in immigration to this country, for example, as a “tidal wave”, asserting it was “the greatest threat to the existence of the Irish nation”. And this was in 2007, long before the fallout of the Arab Spring, the demise of Gadaffi, the rise of ISIS, and the consequent disastrous upsurge in refugees.

Given this island’s history of invasion and colonisation, we are particularly well versed in the dangers posed by foreigners seeking to make home on these shores. We have much to protect. The value and venerability of our collective cultural inheritance is perhaps epitomised in Newgrange, or Brú na Bóinne. The construction predates Stonehenge and the Great Pyramid of Giza by 500 odd years. Despite the remarkable survival of this structure (not only intact after 5000 years, but still watertight), we are perhaps more aware of the fragility of ‘culture’ than any other European state. The wreckage of invasion remains strewn all over our society.

Vikings have become synonymous with rape, pillage, and plunder – there is still something earnest in my shudder when Americans in plastic-horned helmets roar at me from the Viking Splash Tour buses! But the most poignant example of the very real humans terrorised by their raids is a short poem in the margins of a Ninth Century manuscript. A monastic scribe paused in his task to express gratitude that there was a fierce storm raging, for it meant “the fierce warriors of Norway” would not be arriving that particular night.

The English invasion left deeper scars. Our legal and parliamentary systems are not derived from the ancient Brehon laws, or the old Gaelic political order. They are carbon copies of the English regime we supposedly deposed. The same is true for our system of landholding (indeed, Travellers, although the most maligned demographic in this, their own country, have a culture much more ‘Irish’ than the vast majority of the populace). The overwhelming majority of the people on this island speak English as their daily language. Think for a second how a native Irish speaker from Rosmuc might view the Anglophone population: we speak the language of the invader, we mimic their laws and power structures. Our national culture is much more English than it is Irish.

So unless you’re a committed Gaeilgóir still surviving on one of the Celtic fringes of this country, in Connemara, West Kerry, or Donegal, maybe you should rethink your right to object to immigration at all. But even then, you might pause and consider this: the precise origin of the name of our greatest national monument, Brú na Bóinne, is lost to history. But it was certainly not the name given to it by those who built it. They didn’t speak Irish. Newgrange was built thousands of years before the Celts would arrive, bringing with them horses, Iron, and an Indo-European language. The Irish language arrived here the same way English did – via conquest.

‘Ah, but’, the argument goes, ‘Islam is uniquely intolerant’. Shocking scenes of unfettered depravity in Syria – beheadings, homosexuals being thrown from high buildings, women being stoned to death for transgressing Sharia law – have instilled intense anxiety about accepting immigrants from that part of the world. One of Myers very latest pronouncements is that Europe is in the midst of “an existential crisis for Judeo-Christian values”. But many of the refugees aren’t Muslim at all, many are not only Christian but Catholic – just as most Irish people still claim to be on our census. These are the Chaldeans – an ancient and distinguished branch of the Catholic Church with its own liturgy and lineage dating back to the apostles. The very existence of these particular refugees points to a glaring inconsistency in the idea that Islam is inherently a religion of intolerance. Those supposedly concerned about demography should be well aware of the Middle-East’s remarkable religious and cultural diversity. Zoroastrianism, Yazidism, Mandeanism, Samaritanism – all these ancient belief systems are still extant, despite the dominance of Islam. Where are Europe’s pre-Christian religions? Christendom didn’t suffer them to survive.

Yes, the plurality of peoples and faiths in the Middle East are now under threat of extinction from a vicious, virulent strand of Wahhabism – but this is the very horror the refugees are fleeing. And what does the Chaldean Patriarch of Baghdhad cite as the root cause for this exodus of his flock? Western intervention. As surely as the slumber of reason conjures monsters, the ‘war on terror’ brings forth fresh evils. This is the terror we helped create, by continuing to allow American war planes to use Shannon Airport making an absurdity of our claim to ‘neutrality’. You can’t bomb a society back to the Middle Ages then act surprised when some of those people start acting medieval. 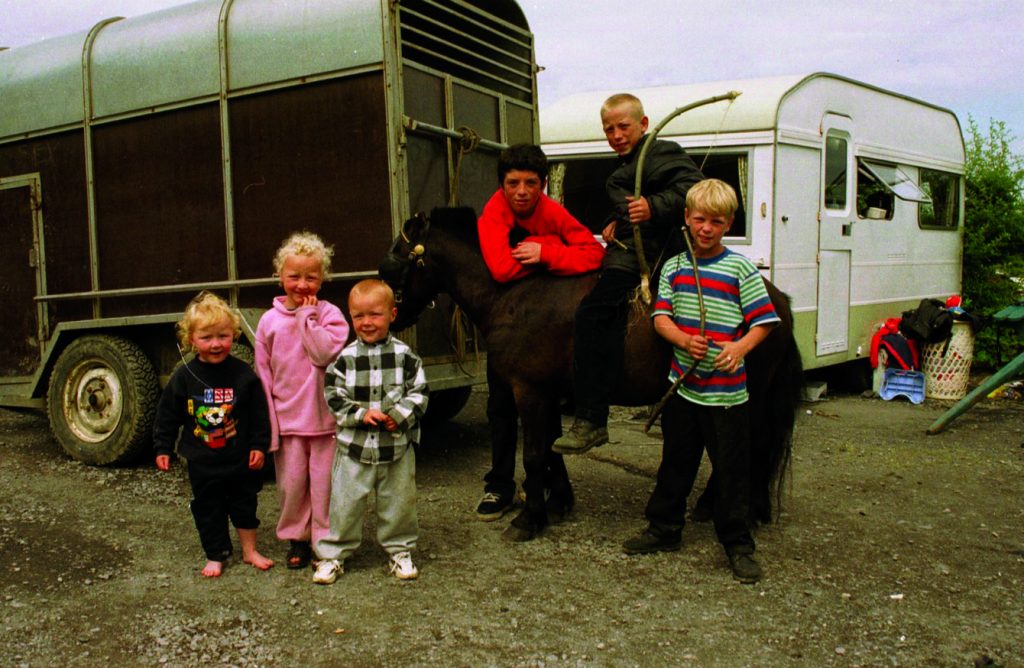 Returning to demography, the population of Ireland pre-Famine was 8.5 million. Although today it stands at just 4.5 million, a recent campaign to accept a paltry 200 child refugees shamefully saw opposition. We should remember that the cataclysmic event which devastated our own population saw Irish people land on foreign shores seeking refuge in their hundreds of thousands. We cannot behave as we did during World War II, when we ignored the plight of Jewish people. Our ancestors arrived on this island in armies, carrying swords, to wage war. By what rubric may we, the descendants of these invaders, now object to those who come fleeing war, in families, carrying babies?