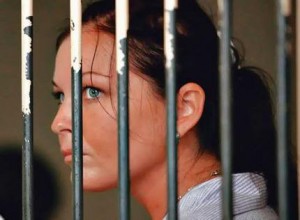 Women are a tiny minority in prisons and a particularly marginalised and vulnerable group. On average, only about 3-4% of those in prison are women. While prison numbers in Ireland generally have stabilised and even reduced in recent years, there have been increasing numbers of women committed to prison. There was an increase of 13% in 2012 over 2011. Between 2005 and 2010, there was a dramatic 87% increase in the number of women committed to prison.
A large number of women are committed for short-term sentences arising out of non-violent offences. However, even short periods of imprisonment have a severe impact on these women and on their children and families. The Irish Penal Reform Trust (IPRT) has pointed out the notable recent increase in female committals and the need for urgent action, given persistent overcrowding in Ireland’s two women prisons.
There is no open or semi-open prison for women in Ireland. All those imprisoned, even for minor offences or non-payment of fines, are sent to either the Dóchas Centre in Dublin or Limerick Prison. While Dóchas is a relatively new prison, designed to facilitate rehabilitation, the conditions in Limerick are particularly poor, and in serious need of modernisation. It comprises part of the capital plan in the Irish Prison Service’s Three Year Strategic Plan 2012-2015.
Overcrowded conditions prevent effective rehabilitation, even in the Dóchas Centre. On one recent date, there were 141 women in the Dóchas Centre, which has a capacity of 105. In Limerick prison, where conditions are outdated and completely inadequate, there were 33 women detained in a space designed for 24.
Because women only make up a small minority of the prison population, conditions in women’s prisons tend to be overlooked in the formation and application of penal policy. That is why a document launched jointly by the Probation Service and the Irish Prison Service in March 2014 was so welcome. Their Strategy for 2014-16, entitled ‘An Effective Response to Women who Offend’ sets out how the two agencies will work together with other statutory, community and voluntary sector partners to reduce offending and imprisonment rates among women.
The Strategy recognises that most women who offend pose a low risk to society but, generally, have a high level of need. Both services have now committed to developing a gender-informed approach to working with women offenders in custody and in the community. This approach is to be informed by evidence and best practice. The services will develop a range of options to provide an effective alternative to custody and improved outcomes, for women; and enhanced integration for women offenders in the community.
The launch of this Strategy was welcomed by the IPRT. It is notable that many of the actions outlined in the Strategy reflect recommendations made in the IPRT’s own December 2013 Position Paper, ‘Women in the Criminal Justice System – Towards a non-custodial approach’.
The IPRT Position Paper, and the new Strategy recognise that a number of key steps can be taken to improve conditions for women in prison. The imprisonment of women must only be used as a last resort, when all other alternatives are deemed unsuitable. A review should be conducted of sentencing practices that currently result in many women receiving short custodial sentences for non-violent crimes. There should be greater use of alternatives to custody. An open prison should be provided for women. Increased support services in the community are needed to address the complex needs of many women offenders (including mental health issues and alcohol or drug addictions), and enable them to maintain links with their children and families.
It is regrettable that, at a time when a welcome reduction is evident in the numbers of people sent to prison in Ireland each year, we are seeing increasing numbers of women sentenced to custody. However, the commitments made in the new Strategy, once implemented, will contribute to a more progressive penal policy, and should greatly enhance the prospects of rehabilitation and re-integration for women offenders within the criminal justice system. •