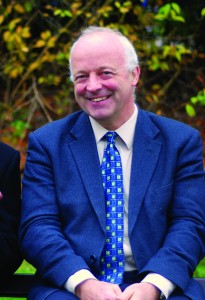 Theatre and the arts have choices to make in a time of crises. While they have been effective in organising for survival and the National Campaign for the Arts has been certainly impressive, the messages from the campaign raise disturbing questions as to the choices being made by theatre and the arts.
The campaign sets out a belief in the value of the arts and in a society that values creativity, imagination and expression. It points to the role of the arts in enriching our lives. It also, however, emphasises the value of the arts to economic growth, tourism and the smart economy and the contribution of the arts to enhancing our image and reputation abroad.
These messages are tailored to a purpose: theatre and the arts have chosen to be at the service of the economic and political élite. They have taken on to create the conditions for this élite to sustain profit taking in a time of crises by contributing to economic development and by creating favourable market conditions. There is no focus on theatre and the arts enabling people to question their current situation and how it is being managed by this political and economic élite.
The campaign notes how the new Government needs our help to implement its Programme for Government and to deliver “the society we all want”. It highlights that an investment in the arts is an investment in Ireland and in the closer realisation of “the society we all want”.
Any such consensus about society seems unrealistic in a context of the deep inequalities that persist in our society. The suggestion of such a consensus is unhelpful where alternatives being put forward are smothered with the mantra that we have no choice. The role of theatre and the arts in enabling people and communities to imagine different futures to the divided, unsustainable and unequal future offered by the political and economic élite is being denied.
The ‘Imagine Ireland’ initiative launched earlier this year in the USA reflects similar choices. Mary Hanafin, then Minister for Tourism, Culture and Sports, highlighted that arts and culture are vital to Ireland’s recovery and to the relationship between Ireland and the USA. Gabriel Byrne noted that there was nothing new in this idea of imagining Ireland. He highlighted the work of W.B. Yeats in founding the Abbey Theatre with the aim of re-imagining Ireland for the 20th Century. He did not contrast the impressive ambition of Yeats with the tawdry ambition of ‘Imagine Ireland’ in imagining Ireland for tourists and investors from the USA.
Theatre and the arts are there to rebuild our image and reputation abroad. They are to boost economic growth and enable economic recovery. ‘Imagine Ireland’ grew from discussions at the 2009 Global Irish Economic Forum. Business and cultural leaders were brought together to discuss ways to escape our parlous economic situation. Arts and culture were diminished by participants as a vital door opener abroad for Irish business.
Ireland’s unquestioning artists bolster the economic and political élite

When theatre and the arts choose to speak beyond the confines of their own sector it would appear that the interlocutor of choice is the business sector. Figures from theatre and the arts are largely invisible when it comes to collaboration with any other parts of civil society. Where they have participated, it has been largely confined to individuals fronting high-profile and well-resourced initiatives that pose little threat to the dominant status quo. This is an engagement more akin to patronage than to the collaboration that is required.
Theatre and the arts have yet to reach out in any meaningful way to other parts of civil society seeking social and political change. As a result their capacity to arouse outrage at our current situation has not been deployed to any significant extent. The potential of theatre and the arts to challenge the ideological forces that sustain a response to crises that merely deepens inequality has yet to be realised. Their contribution to imagining a different and better society is still awaited.