By Sinead Pentony
‘Employment in construction is now just 37.5% of its June 2007 level but increased by 51,300 over the last six years in the areas of health and social work, information and communication, and education’.
‘The main policy measures aimed at increasing employment include the Action Plan for Jobs which aims to have 100,000 more people in work; the Ireland Strategic Investment Fund which is to be funded with €6.4 billion from the National Pension Reserve Fund; and JobsPlus’.

Figure One: Harmonised unemployment rates across OECD countries, 2007 and 2012 (%) 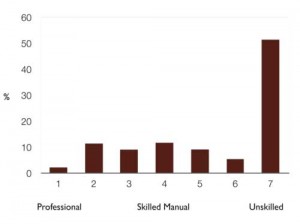