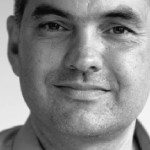 The media must challenge power and the state, and resist interference and regulation – Harry Browne

Journalism is the ‘fourth estate’ of a functioning pluralistic society, an essential component of democracy. Journalists act as a tribune of the people, and a watchdog keeping a wary eye on the actions of the powerful. Journalism is what someone, somewhere, doesn’t want you to know. The information and scrutiny that news media provide are so important that, to paraphrase Thomas Jefferson, we’d be better off having journalism with no government than government with no journalism.

Would it be too strong to refer to these persistent, oft-repeated ideas as myths, or even, more definitively, as fictions (since myths don’t actually have to be untrue)? They certainly bear absolutely no reference, relevance or relation to about 99.9 per cent of the journalism I’ve encountered over my whole news-consuming life. The high-minded notions of journalism’s importance, along with other ideas (more recent than Jefferson) about good journalism’s commitment to objectivity and balance, are an ideological construct, the central thought-structure of journalistic professionalism, one that most journalists would probably say, publicly, that they adhere to. At least in theory.

The practice, as we know, is very different. But the theory continues to govern our responses to the practice. As the reaction to Britain’s Leveson inquiry make clear, the image that is largely deployed to fend off the possibility of heavy-duty regulation is the largely mythical one of a robust, adversarial press that it is a vital site of resistance to, or at least restraint on, the abusive behaviour of governments, companies and other centres of power.

And the irony is that politicians, business people and various other potentates are the ones generally most eager to promote the myth. Of course, they protest, we would never want to de-fang the press, it’s vital that it continues to play a vital role, blah-de-blah-de-blah. When of course most of them know very well that the vast bulk of journalism involves far more use of the tongue than of the teeth. Some of them, of course, can’t bear even a tiny proportion of negative coverage, and they buy newspaper groups and radio stations to try to eliminate it.

The unpurchasable media too can generally be counted upon to offer their services to the powerful, free and gratis, even when circumstances demand a more quizzical approach. The English-speaking world’s biggest and best-regarded public-service broadcaster, the BBC, is the subject of a study recently published in a highly regarded academic journal, Journalism. The author, Mike Berry, found that as the British banks faced their version of the global crisis of 2008, the Beeb’s flagship radio show, Today on BBC Radio 4 – Britain’s equivalent of Morning Ireland – turned mainly to ‘experts’ from the very institutions that had brought the country, and the world, to the brink of ruin. And of course the dominance of those plummy City voices ensured that the range of solutions to the crisis offered on the programme was restricted to those that would not unduly discommode those same brokers and, eh, bankers.

Does anyone dare imagine that a study of Morning Ireland would reveal anything different, with slight adjustments for accents?

The most powerful myths of journalism go back a few generations, but my generation, born in the mid-to-late 20th century, had it drilled into us especially deep. I read All the President’s Men at home in New Jersey when I was about 11, and went to see Dustin Hoffman and Robert Redford in the film the day it was released, when I was 12. Much of the story was surely beyond me, but I knew, I think, what it meant to me: that to be a journalist was to flirt with the possibility and promise of heroism, at a time when the battlefield version of that promise had been so rightly discredited in America by the Vietnam war.

Before Robert Redford got to play Bob Woodward, he turned up in the cynical and slightly schlocky spy thriller Three Days of the Condor, as the accidental CIA renegade Joe Turner. At the end of that film (spoiler alert!) Redford/Turner confronts one of his erstwhile CIA bosses, Higgins (played by the ridiculously coiffed Cliff Robertson), and almost literally takes shelter near the entrance of the New York Times building in midtown Manhattan. He reveals to Higgins/Robertson that he has taken his story of CIA skullduggery, roguery and murder to the newspaper. Woohoo, the power of the press!

But this is a film from the dark, conspiratorial days of 1975, so it’s not left at that: instead, Higgins asks Turner pointedly: “How do you know they’ll print it?”.  Turner says they will. But when this well-placed CIA executive asks again, “How do you know?”, we can see the confidence fall off Redford’s face. Even at the height of journo-mania, a year after “Woodstein” had brought down a president, the film had the sense to suggest that you couldn’t be sure the press would exercise its power against the CIA.

As it happens, in the real world, the New York Times had published a major CIA exposé, by the great Seymour Hersh, late in 1974. But that paper hadn’t been particularly good on Watergate, and rumours abounded, then and since, that the Washington Post’s famous Watergate sleuths had been spun by the CIA into underplaying the agency’s role in the scandal.

I was reminded of that Redford-Robertson scene, and the question it leaves hanging in the air about the press’s willingness to confront government, when poor, brave Bradley Manning testified to a military court that, before he went near Wikileaks, he had offered his treasure trove of US military and diplomatic documents to both the Washington Post and the New York Times — but they had ignored (Times) or long-fingered (Post) his efforts.

Then there is the fate of Woodward himself, who has become something like Wikileaks’ evil twin. While the despised Assange and his organisation have laboured to live up to elements of journalism’s professional ideology, publishing material that governments don’t want to see the light of day, Woodward has become the “investigative journalist” who reveals precisely the material that government officials do want to see published. As many US commentators have pointed out, Woodward’s lucrative books are based on “secrets” that often have a much higher security classification than anything Manning leaked and Assange published, but he is not holed up in a London embassy or a military prison – or like the intrepid Anonymous-linked investigative journalist, Barrett Brown, in a Texas penitentiary – because Woodward prints only the secrets that have been chosen by politicians and officials to portray them in the best possible light.

Yet Woodward remains the celebrated investigative journalist, and Assange the anarchist freak, a handy index of just how far the professional ideology is from the reality.

One is tempted to reach for the cliché that what Woodward and most hacks do is “stenography, not journalism”. But isn’t it time to admit that, since most journalists do one version or another of stenography, this sort of crap is what we should mean when we use the word “journalism”? Media, the great Irish-American journalist Jimmy Breslin is reputed to have said, is “the plural of mediocrity”.

But, ah yes, what about that other 0.1 per cent, the really good stuff? Social and online media offer the glimpse of an alternative, a new way to get at real and challenging information and ideas. But as the recent fuss about cyberbullying shows, politicians really, really don’t like the idea of Just Anybody being in a position to exercise the power that their friends in the press gallery are so careful not to “abuse”.

If we’re going to build a better media, we can’t expect the state’s help. On the contrary. And despite the temptation, we must resist using the present crisis to introduce forms of regulation that ostensibly target tabloid excesses, but could and would ultimately be used against all of us.