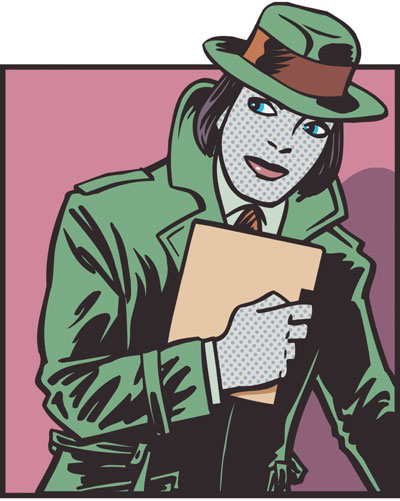 Ireland too needs whistleblowers—they might have averted our economic detonation.
by Dara McHugh

At the time of writing, WikiLeaks is preparing to release another cache of classified US military field reports, this time related to the Iraqi war. The previous leak gave an unprecedented look into the conduct of the Afghan war, dispelling the positive spin of Coalition PR, bringing attention to a number of human rights abuses and the cooperation of Pakistani security services with Taliban leaders. After nearly 10 years of war in Afghanistan, this is the most comprehensive picture of the conflict yet, with novel information about the prevalence of combative popular protests, coalition incompetence and increasing civilian drug problems.
Unsurprisingly, the leak has also led to widespread condemnation of WikiLeaks, centred on its frontman, Julian Assange, who was reported to be sought for questioning by American security services and now faces investigation for rape accusations in Sweden.

The argument against the website has centred on its journalistic responsibility, or lack thereof, as US officials claimed that the leak directly endangered the lives of US soldiers and Afghan informants. WikiLeaks shot back, saying that any such incidents would be down to military carelessness in reports. Moreover, they pointed out, they had contacted the White House in advance of publication, to ask for help identifying any such risks. Two months on, and there are no reports of deaths due to the leaks, but ‘responsibility’ remains the major point of issue between the US Government, mainstream media organisations and their new media rival.

Since 2004, American journalists have sought a federal shield law that can protect them from the wrath of governments. This is an increasingly pressing issue, as the Obama administration pursues an unprecedented four simultaneous prosecutions against leakers from the military and security agencies. But in their zeal for protection, legislators and journalists alike are eager to distinguish the journalists who are worthy of protection from those who are not.

As Lucy Dalglish, executive director of the Reporters’ Committee for Freedom of the Press told Time magazine, “It’s data dissemination, and that worries me…Journalists will go through a period of consultation before publishing sensitive material. WikiLeaks says it does the same thing. But traditional publishers can be held accountable. Aside from Julian Assange, no one knows who these people are”.

Senator Charles Schumer, one of the legislators behind the Free Flow of Information Act, announced in August that he would propose new language to exclude WikiLeaks and similar organisations from its protections. The senator said that “[n]either WikiLeaks, nor its original source for these materials, should be spared in any way from the fullest prosecution possible under the law”.

The Act does not propose total immunity, but enables judicial reviews of government-issued subpoenas for journalists to reveal their sources. If the judge finds that the story was in the public interest, the journalist can safely refuse to divulge the source. Initially spurred on by the jailing of Judith Miller during the Valerie Plame affair, the Shield Law has made progress through the House of Representatives, though it will be opposed by the White House.

Schumer’s proposed amendment has been supported by media and journalist representative organisations, but political expediency may well be as important as accountability here. WikiLeaks has been the target of much US Government ire, and journalists seeking a favourable piece of legislation are understandably keen to distance themselves from their unpopular new media rival. Kevin Smith of the Society of Professional Journalists said that “this is the closest we’ve come to getting something moved, and it’s unfortunate that this WikiLeaks situation’s come up”.

It is worth re-examining what exactly responsible journalism has meant in practice. As Dalglish’s comments indicate, consultation is key. In one sterling case, the New York Times delayed its story on an illegal NSA wiretapping program for a year while consulting with the White House. Important too is respect for official sources. This was ably demonstrated by much of the media during the build-up to the Iraq War. A barrage of misinformation, distortion and outright lies was ferried from the belligerent governments to their populations via the major news organisations. Nonsense stories about Al Qaeda links, nuclear capabilities and 45-minute WMD launch-times filled broadsheet and broadcast alike, while the drumbeat grew louder. With hundreds of thousands of Iraqis dead, we now know that these were fabrications, but the knowledge doesn’t much help us, or them. Irresponsible reporting bears much responsibility!

WikiLeaks’ frontman Julian Assange has commented that “in order to make any sensible decision you need to know what’s really going on, and in order to make any just decision you need to know and understand what abuses or plans for abuses are occurring”. To pursue their bellicose ambitions, the American and British Governments required their citizens to be unable to make such sensible decisions, and they achieved this through lies and distortions, abetted by much of the media.

It is for less earth-shaking reasons that greater access to information, and the capacity to make sensible decisions, are needed in Ireland, where senselessness from political leaders and business elites has brought the population to face perpetual penury.

In two discussion documents for Tasc, Dr Nat O’Connor has assessed the role of information access in Irish democracy, and the economic case for its extension. Dissecting claims from Fianna Fáil ministers that Freedom of Information provisions were overly costly and time-consuming, he points out that the costs of providing these services are more than met by the benefits of greater public knowledge about policy-making. In cases such as the fabled Bertie-bowl of Abbotstown, Roddy Molloys expense account and the Skynet electronic voting machines, FOI requests have enabled public scrutiny of wasteful and absurd expenditures.

Such cases, O’Connor suggests, show that FOI enables people “to act as efficiency auditors in relation to public policy decisions, especially large, costly ones” . It is telling, therefore, that Ireland has such distinctively poor access to information. In an article for Thestory.ie, O’Connor cites a comparative study on parliamentary powers by German research group SGI Network, which ranked Ireland among the lowest of the 30 OECD countries, stating that “Ireland strictly adheres to doctrines of collective cabinet responsibility and executive secrecy”.

Since our current woes are primarily the result of decisions by political leaders and business élites, and not, as has been claimed, the global financial crisis, increased access to information is surely needed to monitor both public and private bodies. While it is possible that the next government will extend the provisions of the Freedom of Information Act, whistle-blowers remain important, as inside conduits to organisational iniquity. A positive recent development is the establishment by Transparency International in Ireland of a whistleblowers hotline.

Many major leaks have sprung from the halls of power. Most of our homepgrown tribunals have been inspired by whistleblowing.The fabled Deep Throat of Watergate was Mark Felt, the deputy director of the FBI, using the Washington Post as a vehicle to attack Nixon. Valerie Plame was exposed as a CIA agent by Scooter Libby, a presidential aide. It is therefore notable that Bradley Manning, on trial for leaking the Collateral Murder video, is a 22 year old private in the US Army, motivated solely by his feeling of moral responsibility. WikiLeaks is just one way of getting information from the private realm to the public. But it is a route that is open to all, a democratisation of leaking.

The young of this country have been indentured by idiocy; we are told that we must carry the debt of developers like a weight around our necks. It is not surprising, then, that many are taking the sensible option and fleeing the country. For those who remain, it is clear that we cannot trust politics to the politicians, nor the economy to the businessmen. If we wish to prevent further idiocy being visited upon us, we will need to find ways to expand our access to information. WikiLeaks offers one such way.