For once, a broadsheet is talking about Village’s initiative to prosecute possible offences arising from the planning and payments tribunals and banking collapses. To be specific, it’s the Sunday Times, and we welcome their interest. The next step, when we have our press conference, will be to get some accurate coverage.

This morning I wrote to the Sunday Times explaining that I was disappointed with coverage of Village’s prosecutions initiative in the prominent Atticus political gossip column in last Sunday’s newspaper which, I said, was “damaging and largely inaccurate”. The author of the column, well-regarded news editor Colin Coyle, replied unabashedly saying he was merely reporting what someone else said. He wasn’t and, even if he was, if he had more professional journalistic values he’d publish the necessary corrections rather than fobbing me off with the breezy suggestion that I submit a letter. This seems typical of the low standards that are indulged in Irish journalism. A few weeks ago the same newspaper wrote that Village had gone out of business!

I’ll write to the editor now but it may well ultimately be a job for the Press Ombudsman/Council [Ed’s note:  the ST editor in the end agreed to publish an op-ed article in reply] – to be published on 24 Nov]

Have a read of the Sunday Times Atticus coverage below along with my reply: 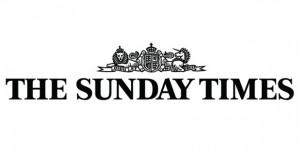 “’Man from the Village still wants his day of judgment’

We are still waiting for Michael Smith, editor of Village Magazine, to unveil the details of his promised public

Smith promised an announcement in September if the DPP did not take action against named individuals. He plans to exploit a little-used common law mechanism allowing members of the public to take private
criminal prosecutions and hopes this will ‘change the prosecuting authorities’ attitudes to alleged white collar crime’. Last week though, he admitted the process was ‘slow moving’ but said a well known solicitors’ firm and an ‘eminent and dynamic’ senior counsel has been hired, while a witness is preparing an affidavit.

Joseph B Mannix, a solicitor, writing in the Kerryman recently, doesn’t fancy Village’s chances of success. He points out a recent High Court judgement ruled that a private prosecution taken by a
hotelier against two IBRC officials could not go ahead without the consent of the DPP. Without consent, the prosecution must be struck out by the District Court”.

I wrote that the article: “is damaging and largely inaccurate.  The thrust of it posits quixotic me and my team of under-prepared eminences being struck out by the District Court, because we ludicrously weren’t aware of the consent requirement that sage Mr Mannix, and Atticus on behalf of the Sunday Times, could have told us about.

The key line, I’m sure you’ll agree, is ‘Without consent, the prosecution must be struck out by the District Court’.

In fact, consent is not required. Nor does the IBRC case referred to by Mr Mannix say it is generally required.   It is required for certain cases which we will avoid.  One of those is fraud, which was the issue in the IBRC case.

Crime is dealt with either summarily or on indictment. In neither case is ‘consent’ required as a rule. In fact a private prosecutor can carry the matter all the way to conviction if it is a summary offence. For  indictable offences s/he can take it to the return for trial and then the DPP has the option of issuing a nolle prosequi, which may be susceptible to judicial review.

I conveyed this in my short email last week to you where I said ‘The objective is to take a case as far as we can’. But choosing the right offence is one of the issues occupying our lawyers.

The IBRC case, contrary to the implication in the column, is generally seen as (very) liberal for common informers and was reported as such by the Sunday Independent over the summer.  I include below links to that article, to the case itself in full, and to a Goodbody synopsis, which confirm what I am saying.

Nor am I looking for my ‘day of judgment’ as the second most important line in the article – which leads the whole column, states. As I said ‘The objective is to take a case as far as we can’, for reasons stated.

And no-one ever said I would unveil details of ‘public’ prosecutions as the article states, but of ‘private’ ones.

I’m sure  you can concede this is complex and that care is needed in dealing with it, as well as in covering it.

I’m sure you’d agree this fragile, though potentially important, initiative deserves better. Do you think you could please engineer corrections, of the same (considerable) prominence as the mistakes, in this weekend’s edition? I think it could be helpful if I was consulted about the wording.

And the Sunday Times’ response

Colin Coyle here. [I received] your email. Feel free to write a letter to us for publication.

I disagree that the piece is damaging and inaccurate. I simply report what Mr Mannix has published already. If you want to take issue with his view, set it out in your letter.