When Ireland’s Marine Minister Michael Creed said: “I am satisfied that I have managed to turn an extremely worrying set of proposals from the Commission into a much improved outcome for the Irish fishing industry”, there was little doubt as to whose interests the minister represented.

While he added that he was “especially pleased that the quotas agreed respects the scientific advice ensuring that the fish stocks in our waters will be managed sustainably”, this may have been tongue in cheek.

In 2016, Ireland came out as number one in the league table of worst offenders for the promotion of overfishing in the North East Atlantic, according to a report published by the New Economics Foundation (NEF) an independent think tank.

The report – ‘Landing the Blame’ set out to name-and-shame the EU member states most responsible for setting fishing quotas above the level recommended in scientific advice – the very advice in fact that Creed said he “respected”. 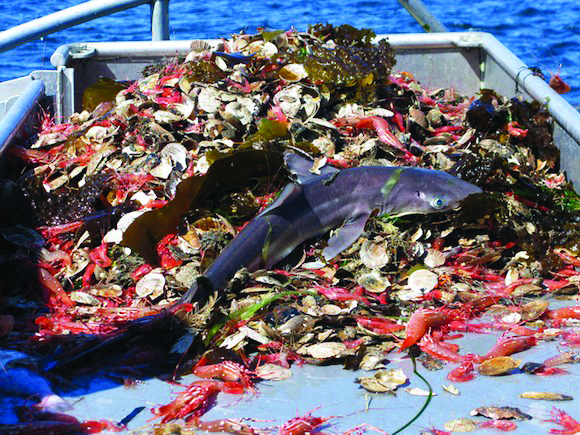 At the time the NEF report was being compiled, Simon Coveney was our minister with responsibility for marine affairs. Coveney negotiated the largest proportional increase in fishing quotas for Ireland above scientifically advised levels in December 2015, with Ireland’s quotas exceeding scientific advice by 25%. Fish, don’t lobby, so their interests, including the fundamental right to exist at all, were not considered.

According to the NEF there is a total lack of transparency about the fisheries negotiations, leading to wheeler-dealing where Irish fishermen, politicians and processors ‘celebrate’ beating the system and catching far more fish than the marine system can bear. What stands out about overfishing isn’t so much the destructive greed involved, it’s the sheer nihilistic stupidity.

Research published by NEF calculated that the EU could actually increase its fish catch by two million tonnes a year, raise an extra €1.6bn in income from the marine sector, and create an additional 20,000 jobs in the industry. How? Simply by sticking rigidly to the scientific advice, which means allowing fish stocks to recover, avoiding targeting of breeding grounds for juvenile fish and, critically, eliminating trawling.

By its very nature, much of what happens at sea is out of sight, and therefore largely out of mind. This is the only possible reason to explain how the industrial-scale vandalism involved in trawling isn’t regarded as a criminal offence. If you saw a plane flying over a pristine forest and carpet-bombing it, you would be rightly outraged. Yet, this extreme level of wanton wreckage of the sensitive marine habitats on the sea floor is carried out daily by trawlers right around our coasts.

According to the Irish Wildlife Trust: “trawling destroys seabed habitats and catches huge numbers of other marine organisms (known as bycatch) including juvenile cod, whiting etc. Successive cod management plans have failed and we believe the only solution is to prohibit trawling in large areas of the Irish Sea.”

A trawling ban within 12 miles of shore would, according to the IWT, “repair habitats, restore biodiversity, be a boon for coastal tourism (angling, diving) and ultimately provide more and bigger fish for fishermen”.

Much of the seas around Ireland is already critically overfished; and bottom-trawling in particular is uniquely destructive as well as extraordinarily wasteful. When weighted nets and trawl doors are dragged along the seafloor, everything in their path is disturbed or destroyed, including seagrasses, coral reefs and rock gardens where fish hide from predators. In one study, bottom trawling for prawns threw away nine times as much bycatch as more selective fishing gear. A 2007 study on shrimp trawlers in Belize found that landing less than 20 tons of shrimp involved destroying and discarding about 76 to 190 metric tons of other marine life.

Globally, marine systems are under greater stress than at any time for tens of millions of years. A lethal cocktail of pollution, overfishing, rising water temperatures and ocean acidification is pushing many systems into irreversible collapse. Any one of these threats in isolation would be serious; in combination, they risk tipping us into a world where the oceans are essentially dead, with little besides jellyfish capable of surviving and adapting to the unprecedented rate of change.

Other than the occasional dolphin or clown fish, we as humans have little personal empathy with most forms of marine life. We tend to view them as cold and slimy; hardly worth bothering about at all. David Attenborough’s latest marvel, ‘Blue Planet II’, has just finished broadcasting. Hitting weekly audiences of over 17 million, it was in fact the most watched TV programme of 2017.

Great storytelling, combined with breath-taking photography has brought the exotic and bizarre wonders of the seas to amazed audiences. Blue Planet II is expected to be sold to over 100 TV stations all over the world, showing this interest, even compassion, is not just a flash in the pan.

Viewers watching resolute puffins engaging in perilous and exhausting three-hour roundtrips to catch fish for their young, while being harried on the return journey by raiding skuas will have a better grasp of just how tough life is, and how survival itself is balanced on a daily knifeedge for most species.

Skellig Michael, off the coast of Kerry, is a rare sanctuary for puffins, among others, yet this delicate ecosystem is being constantly threatened by human intrusions, especially since the island first featured in the ‘Star Wars’ film franchise, with Heather Humphries, the unfortunately named then Heritage minister signing off on the film crew’s right to move 180 staff, plus heavy equipment, including lighting rigs, onto the island.

It doesn’t take a trained ecologist to work out the impacts of having helicopters and drones swirling around this tiny island. By the time ‘Star Wars’ has finished with it, it’s likely the already endangered sea birds will have long abandoned their ancient sanctuary. Still, puffins don’t vote, so who cares?

While Humphries has made a ministerial career out of selling out the natural environment to special-interest groups, ‘Blue Planet II’ lingered long on both the beauty and the extraordinary fragility of marine ecosystems. In one truly moving scene, the cameras followed a female pilot whale as she grieved for her dead calf, which she kept by her side for days.

“It’s very likely that the infant was poisoned by her mother’s own contaminated milk”, Attenborough confided. Staggering levels of pollution emanating from human activities are flooding into the world’s oceans and the damage is ripping through the very fabric of marine life. Some eight million tons of plastic waste make their way into the world’s oceans every year. 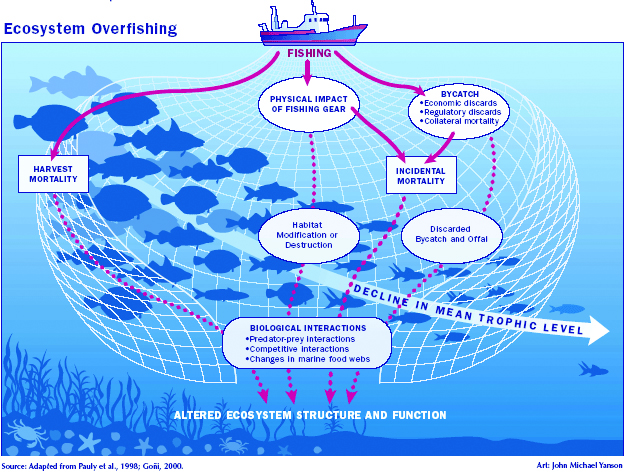 Plastic is essentially indestructible; as it weathers, it breaks down into ever small microplastic fragments. These are entering the very base of the food chain, as they are being eaten by plankton, which in turn are eaten by larger creatures, and so the contamination increases as you climb the food chain.

Autopsies of dead creatures, from whales to sea birds, find their stomachs choked with plastics. One albatross chick was found to have died when its stomach was punctured by a discarded plastic toothpick. It is, in Attenborough’s own words, heartbreaking.

I wrote a newspaper article almost a decade ago on the global overfishing crisis, which cautioned that there may be, in essence no wild fish in the oceans by 2048. It included the following quote: “The recovery from the changes we’re making will probably take a million years”, according to Achim Steiner, director of theUnited Nations Environment Programme.

Steiner’s comments assumed of course that we stop what we’re doing right now, in order to give the marine ecosystems some chance of recovery and regeneration. Since 1970, the tonnage caught by the global fishing fleet has doubled. In 2005, for example, over 125 million tons of fish were landed.

Tons give a poor sense of the carnage. In terms of individual fish killed, that tonnage probably represents between 5-15 billion individual creatures. Oceanic fish are as much wild animals as lions or tigers, yet 99% of the world’s oceans are effectively killing-zones, open to all comers to take as much as they want, and dump their wastes at will.

Life on Earth began in the oceans, and our ancient cousins eventually dragged themselves from the primordial seas to begin their conquest of the land. That is now complete. If we do succeed in killing the oceans this century, one thing is certain: they are taking us with them.