The Government is pretending to proceed with the appointment of a planning regulator. Traditionally, when councillors voted to rezone land with no regard to reason, central government did nothing. The national spatial strategy and other democratically-driven national and regional plans as well as local-authority development plans have been largely flouted by councillors acting as private representatives to vested interests, as opposed to public representatives.  If you owned property and shouted loud enough you could get councillors to rezone lands in the frenzy of short-termist greed that was our own tiger. For example Meath zoned land for 124,173 housing units when just over 2,000 were needed; Waterford zoned for forty times what it needed; Louth thirty-eight times. The effect was that, instead of development being channelled into priority areas, it could go wherever the most aggressive (or, post-tiger, liquid) landowner wanted it to go.

Technically the Minister for the Environment always had the power to intervene, even if he only extremely rarely exercised it.  He had a discretion and Irish ministers don’t like to be seen interfering with the exercise of democracy at a council level – it’s what makes us Irish, and why our planning is the worst in the rich world. 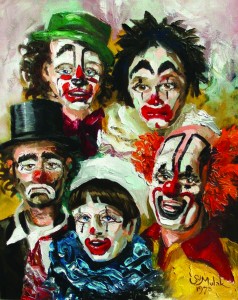 Mostly it was left to do-gooders, locals or An Taisce to expose the flouting of plans, either by appealing to An Bord Pleanála which for the last generation has largely been studiously applying plans or, sometimes – usually with less effect – to the courts which  are reluctant to interfere, you’ve guessed it, with democracy in the planning process.

Sometimes when a minister did intervene he got a flea in his ear. In 2010, lands at the Park Village in Carrickmines, close to the M50 in Dún Laoghaire-Rathdown, were rezoned to the district centre by councillors, in the course of drafting the county development plan. However, an order from John Gormley, then Green Party Minister for the Environment, directed councillors to reverse the rezoning. When the landowners sought a judicial review of the Minister’s decision, the High Court ruled he had acted outside his powers.  During his tenure John Gormley added several worthy requirements as to how Councils should zone land but there was nothing to stop them flouting the requirements, short of still-reluctant Ministerial interference or the appeals or litigation of do-gooders etc.

The Planning Tribunal recommended in its report last year that the Minister for the Environment’s ability to give directions to Regional Authorities and Local Planning Authorities should be entrusted to a planning regulator. The idea was that the regulator would just get on with ensuring the regional plans and local authority development plans were implemented, without political interference. A better recommendation would be that the regulator would be obliged to ensure compliance at the point of introduction of a plan. In other words if a local development plan did not comply with a regional plan, when it was up for adoption, the regulator would change it so it did. If a regional plan did not comply with the national spatial strategy the regulator would change it so it did. Of course much would depend on who the regulator was.  If it were Michael Woods or Joe Walsh, for example, it probably wouldn’t make much difference. If it were a judge like Peter Kelly or Colm MacEochaidh, though perhaps not Alan Mahon, you might expect zealous, expeditious and imaginative enforcement of the full weight of the law in the event a plan fell short of what the planning hierarchy demanded. If the obligation to ensure compliance were at the point when a zoning is made – ie it was immediately referred to the judge for an assessment – we could be guaranteed, more or less, good planning.

This would have also tied in with another of the Tribunal’s key recommendations – that the national spatial strategy be put on a statutory basis. Somewhat inconveniently for the logic of this schema, Minister for the Environment, Phil Hogan, has recently announced not the enactment statutorily of the spatial strategy, but its abolition. Nobody noticed or cared.

The Tribunal also recommended that the Regulator should also have wide powers to investigate “systemic problems in the planning system, including possible corruption”. The regulator would “conduct reviews (including spot-checks) of any aspect of the work practices and/or procedures of planning authorities, including those relating to applications for, refusals of, and grants of planning permissions, and to do so without advance notice”.

He or she “should also keep the planning system under review and carry out relevant research activities in order to ensure that corruption risks are identified and corrected as they arise and, more broadly, that the planning and development system is functioning optimally”.

Anyway, according to Minister for Housing and Planning, Jan O’Sullivan TD, “The Government has given its commitment to implement the recommendations of the Mahon Tribunal and [its] decision represents a milestone in that regard…

Evidence based, proper forward planning is essential for our country’s future. We need to ensure that the decisions we take regarding local and regional development facilitate sustainable development and enhance the lives of our citizens and the communities in which we live. The Planning Regulator will provide an additional and important check on the quality of forward planning decisions”.

Not just that. According to the Minister Hogan, “The implementation of this important recommendation is another tangible reform that will achieve the Government’s goal of restoring and maintaining public confidence in our planning system. The independent Planning Regulator will review and assess all forward planning functions by local authorities – such as the drafting of city and county development plans. The Regulator will have the power to advise the Minister to reject or overturn part or all of a plan where it is not up to scratch. This advice will be published. The final decision to act will rest with the Minister of the day, and the Minister will be accountable to the Oireachtas for his or her decision”.

Are you following? Do you see what happened there? The two ministers misled their public. They pretended their measure was implementing the Planning Tribunal report. In fact it’s not a regulator, it’s an advisor. The Minister can and will often overturn the advice. Advice is not regulation. Ask a banker.

Even the Irish Planning Institute (IPI) – a sort of hermaphrodite hybrid which represents planners and planning – welcomed the new regulator. IPI Public Relations Officer Henk van der Kamp said: “An independent planning regulator is one of the recommendations from the Mahon report that the Institute welcomed. The Institute welcomes in particular the fact that planning research, education and investigation will form part of the functions of the Regulator”.

Mr van der Kamp continued: “It is clear that there is a need for a body to carry out, commission and disseminate planning research, expertise and best practice. The research and education work of the regulator however requires expertise. In order to be effective the Office of the Planning Regulator must be properly staffed and resourced for the long term. Ensuring the research and education work of the regulator is relevant, timely and accessible will be a key challenge”. Hank van der Kamp was author of the feeble report last year which reviewed the 12 recommendations contained in the Planning Review published in June 2012, which itself assessed the application of planning legislation and policy “informed by complaints and observations received in relation to decisions made by seven planning authorities”, including Dublin City and Minister Hogan’s own Carlow. Depressingly, playing his due role in a whitewash, van der Kamp rubberstamped nine of the recommendations and quibbled that the other three had gone too far.

So when it came to the regulator it wasn’t surprising that van der Kamp fronted a sectoral whitewash – failing to note that the new office was advisory not regulatory. An Taisce too issued a warm congratulation to the Minister, imputing adherence to the recommendations of the Planning Tribunal. No one else, apart from Frank McDonald in the Irish Times, issued a cheep. And so our interminable journey via planning purgatory to poor facilities and lower quality of life, continues. Just look around you.