GSOC should be involved 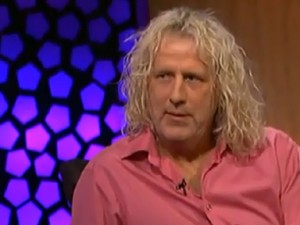 The Government response to the removal of the two Roma children from their families this week can only be described as short-sighted, defensive and, sadly, entirely predictable in view of the State’s long-held policy of ethnicity denial and cultural assimilation towards Traveller and Roma peoples.

The Minister for Justice’s initial response on Wenesday of this week to yet another Garda controversy (albeit with HSE involvement in this instance) was to order another internal report of Gardai by Gardai about possible Garda misconduct in their exercise of emergency powers under Section 12 of the Child Care Act 1991.  This approach does not comply with constitutional standards of fairness and natural justice, and represents a clear breach of the rule against bias, No-one should be a Judge in his Own Cause.  It would appear from the facts available, that the Gardai made decisions about child welfare based on tabloid journalism, ethnic categorisation, and an unrelated case in Greece – rather than a rational consideration of  independent evidence and application of the principles of reasonableness and proportionality.  There appears to have been an overly simplistic reaction by the Gardai/HSE to the raging media frenzy, which – as law enforcement and health professionals – they should have been immune to.  Of course we should really be armed with the full facts before making such assertions but given the defensive response of the Government and the ‘blue wall of silence’ that has frustrated previous investigations of An Garda Siochana, this certainly appears unlikely.

Although the Minister did publish a version of Assistant Commissioner O Mahony’s internal report in the penalty points controversy (but only after the Government Press Office had completed some clever massaging of the statistics in the executive summary and without publishing the appendices which contained the supporting documentary evidence for the report’s conclusions), on this occasion the Minister has already confirmed that he will not publish any part of the forthcoming Garda report.  In order to impart a sheen of legitimacy to the proceedings, he then confirmed on Thursday in the Dail that he had now decided to pass it to the Ombudsman for Children – along with the HSE report – so that she may then conduct a report of those reports.

The Ombudsman for Children’s own press statement on Thursday informed us that she had decided of her own volition to investigate – on a preliminary basis – the actions of the HSE only; and indeed any examination of the conduct of the Garda Siochana is specifically excluded from her remit.  After this decision, the Minister for Justice contacted the Ombudsman for Children to raise the possibility of an “expanded role” and on Friday 25th October the Minister announced in his third statement of the week, that he has now confirmed to the Ombudsman for Children his intention to appoint her under Section 42 of the Criminal Justice Act 2007 to carry out a full inquiry on the matter, to include an examination of the role of the Gardai.  Although Section 42(10) permits the Minister to publish the Ombudsman’s report, the Minister has not confirmed yet whether he intends to do so.

While we await confirmation of the terms of reference of the inquiry which should be published in the Minister’s Order of appointment under Section 42, it would appear that the terms of reference will be just wide enough to satisfy public opinion but too narrow to allow for a proper examination of Garda powers and procedures, the functioning of the Ethnic Liaison Officer system, the force’s relationship with the media, and the incidence of racial profiling within the Garda Siochana – an examination that could precipitate real cultural change within the Gardai.

In any event the Minister has already declared that he has “no doubt that the Gardai acted in this instance in good faith in the intervention that took place” in contrast to his earlier admission that the “international backdrop” of the case in Greece may have had “some undue influence in the decisions that were made”.

It is curious to note that the Minister bypassed the Garda Siochana Ombudsman Commission entirely in his response to the week’s events.   In the particular circumstances, a joint investigation would seem the most appropriate route, combining GSOC’s experience and knowledge of Garda procedures with the Ombudsman for Children’s experience and knowledge of child welfare procedures.

Under Section 106 of the Garda Act 2005, the Minister could consider exercising his power to request GSOC to examine the practice, policies and procedures of the Garda Siochana in such instances.  Unfortunately GSOC’s hands are tied unless Minister Shatter specifically requests such an investigation, a glaring gap in GSOC’s statutory powers which has been recently flagged by M. Seggayaka, the UN Special Rapporteur in March of this year.

Although the Ombudsman for Children’s commitment to “conduct an independent impartial investigation from first principles” certainly brings  with it some hope of a transparent process with worthwhile conclusions, she may encounter serious difficulties investigating the Garda Siochana,  an impenetrable body that has consistently met any such efforts with impressive resistance.

Given GSOC’s experience in dealing with the difficulties and delays when seeking information from the Gardai – which led in May to an unprecedented public airing of their frustrations – it would seem that their involvement could be of considerable assistance to the Ombudsman for Children.  It would also allow access to the Pulse system through the  seconded Gardai who perform this function within GSOC.

Although GSOC, again of their own volition, have demanded a copy of the internal Garda report, the only possible investigation GSOC can subsequently initiate – without any official request from the Minister – is of an individual Garda’s conduct under the very restrictive terms of Section 102.  In any event our GSOC, unlike its Northern counterpart, cannot impose sanctions on any individual Garda, nor award any compensation.  Nor of course can the Ombudsman for Children.

In light of the wider issues raised by this particular case, the current proposals for an inquiry would appear unduly narrow.  A report of the European Commission on Racism and Intolerance in February has already confirmed that the Gardai do engage in racial profiling and recommended that Ireland introduce legislation to prohibit it.  The fact that in a force of approximately 14,000 members, the number of Ethnic Liaison Officers has plummeted from 600 to 320 since 2010  does not inspire confidence.  Professor Dermot Walsh and the Irish Human Rights Commission have long remarked that the compliance of Garda operational policies, procedures and practices and the Garda Code  with human rights legislation cannot be assessed as they are not made publicly available.

This week’s events and the media reports of the entry of an 18-month-old Traveller child’s details on the Garda Pulse system add fuel to the argument that a root and branch type inquiry of the Gardai from a human rights perspective is necessary, similar to that in the UK in the wake of police handling of the Stephen Lawrence murder.  A more expansive approach to the Garda Siochana’s role in any inquiry could precipitate real cultural change within the Garda Siochana – Will the Minister have the courage take up that challenge?