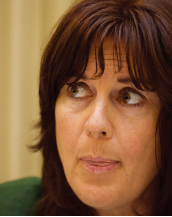 For many, politics is increasingly a discredited profession. The political parties that operate within the existing  system are seen to be part of the problem, rather than the solution to our governance crisis. The prospect of creating a new political movement represents an opportunity to realise a better, and fairer society, inspired by a renewed set of political ideals. This prospect has an immediate appeal, but it is important to acknowledge the considerable challenges likely to confront any new movement aiming to bring about fundamental political change and reform.

The recent experience of the Green Party in government is a salutary lesson for any idealistic and ‘alternative’ political party aspiring to change the political system from within. The Green Party is widely seen to have been ‘de-radicalised’ since entering government and has been willing to support major policy prescriptions – particularly economic prescriptions – that conflict with its own core political values. This is best described as a form of political ‘capture’. Smaller parties appear particularly vulnerable to this phenomenon when they get power through participation in a coalition government with a larger and more dominant government partner.

The recent and overwhelming crisis in our banking system presented a unique opportunity for the Green Party to promote the kind of alternative economic thinking that it has long championed in opposition.  In government, however, the party has supported responses to the banking and property crises that could just as easily have been supported by an unapologetically right- of- centre party such as the former Progressive Democrats.

The Green Party has done little to stimulate public discussion, for example, about the proper role for private banking in the sustainable economy of the future. It has not availed of opportunities to popularise new and innovative models of banking, including community banking, that are being pioneered elsewhere (see www.neweconomics.org ). It has failed to insist that the basic principles of economic democracy and economic justice should inform any sustainable economic model for the future. It has co-operated with Fianna Fáil in government in providing life- support to a damaged and unsustainable economic system in order to perpetuate that system.

In his new book ‘Ill Fares the Land’, the respected historian Tony Judt argues that contemporary political parties of the Left have failed to articulate a genuine alternative to the current economic paradigm. He characterises this as “the obsession with wealth creation, the cult of privatisation and the private sector, the growing disparities of rich and poor. And above all, the rhetoric that accompanies these: uncritical admiration for unfettered markets, disdain for the public sector, the delusion of endless growth” (Judt 2009). He contends that the crash of 2008 was a reminder that unregulated capitalism is its own worst enemy, and that sooner or later it must fall prey to its own excesses and turn again to the state for rescue.

Judt argues that if our response to the crisis is limited to picking up the pieces and carrying on as before, we can look forward to greater upheavals in years to come. His message is stark. “It is incumbent upon us to re-conceive the role of government. If we do not, others will”.

Any new political force that emerges in Ireland must have a credible economic policy-agenda that represents more than a regulated version of the model of global free-market capitalism which has failed so disastrously. This presents a significant intellectual and political challenge, given the hegemony of this model of capitalism internationally.  Ideally, we need a new political party to provide strong and effective government but deriving from the fullest possible democratic engagement of all the stakeholders in society. A well- planned, national citizen engagement and consultation process would allow members of the public to contribute to the economic and political regeneration of this country. The Citizens’ Assembly proposed by Fine Gael appears to have the potential to begin to engage citizens more actively in their own governance but its ambitions should be well beyond a talking shop.

In the event that a new party or even a new political movement does not materialise in Ireland, it is not impossible that one of the existing political parties might recognise the importance of facilitating a structured national process of political and democratic renewal.  That said, a new and alternative political force is more likely to be genuinely interested in developing new forms of participatory democracy. This development is essential in order to begin to tackle the crisis of governance which is the single biggest political challenge facing our society today.