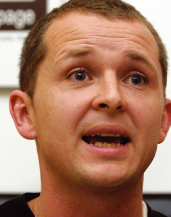 End division of  Dáil representatives on the real left, from grass-roots campaigners

Fianna Fáil and the Greens face electoral disaster at the next general election.

Fianna Fáil promoted the greed of bankers, developers and the super-wealthy, which has brought the economy to its knees. They championed the neo-liberal economic madness of ‘light touch-regulation’, tax cuts for the rich and privatisation, which facilitated that greed.

Now, they and the Greens want working people and the vulnerable in our society to pay for the crisis, with unemployment and savage cuts in incomes and public services, pouring tens of billions into bailing out the bankers who created the crisis in the first place.

The public are just waiting in the long grass to take their revenge when an election is finally called.

But what is the alternative?

Looking to the mainstream opposition parties for alternatives and a way out of the economic crisis offers little inspiration.

Fine Gael and the Labour Party, will undoubtedly make very significant electoral gains, and almost certainly form the next government.

However, Fine Gael embrace the same policies of low taxes on wealth and privatisation as the government, and, if anything, are even more gung-ho about slashing public spending – which means more cut backs and attacks on working people and the less well-off.

The Labour Party mouth some opposition to the neo-liberal economic doctrines that have led us into the current mess, but their criticism is for the most part cleverly crafted rhetoric that fudges the key issue of whether to tax the wealthy or cut public spending and workers pay, to deal with the crisis. They do this, of course, because to commit to any real challenge to wealth inequality or the dictatorship of the international financial markets would render impossible their central project of entering a coalition government with Fine Gael in a year or two.

The  bitter experience of Fine Gael/Labour-controlled councils across the country, who vote through budgets that include bin charges, privatisation of services and cut backs in community amenities, confirms that an Fine Gael/Labour government will be little different to the present one.

Sinn Féin, who have in the past presented themselves as a radical left alternative, recently voted down a motion from some of its own members at its annual Ard Fheis, which called for the party to rule out future deals with FF or FG. Like Labour and the Greens before them, Sinn Féin are keeping their options open on doing deals with the devil.

If we are to have a genuine political alternative that will challenge the status quo, and will not compromise that challenge for a shoddy coalition deal, we need to look beyond the traditional political establishment.
Some suggest this will require a new party. But why re-invent the wheel?

The People Before Profit Alliance (PBPA) and other Socialists, have argued for years that a de-regulated, privatised, profit-driven economy was not simply unjust but would inevitably crash. They have been proven totally correct. They propose a genuinely alternative set of policies based on social equality and democratic, rational planning of the economy, which in the wake of the current disaster is surely the only credible approach for organising an economy and a society.

Importantly, they opposed the neo-liberal economic model when was it was neither profitable nor politically fashionable to do so, and this suggests, not only good ideas, but principles that don’t bend with every passing wind. These Left forces also have a long record of practical campaigning and mobilisation, involving themselves in grass-roots campaigns on local, national and international issues. In other words, they don’t just spend their time making point-scoring speeches – they actually do things!

Of course, the Left has its failings – the biggest of which is being too divided and failing to communicate its message in a language that ordinary people can understand.

PBPA is a serious attempt to overcome these problems. It has united different socialist and environmental strands and as its name suggests seeks to present principled left politics in new and easily understandable manner. They are actively engaging with other socialist and progressive forces on the Irish political scene with a view to establishing a credible independent left electoral alliance at a national level. Between PBPA, the Socialist Party and a number of left independents, such an alliance is in with a real chance of winning a number of seats in the next Dail.

A left block with half a dozen Dáil seats, that is also building practical grass-roots’ movements of opposition to unjust cut-backs and the policies of bailing out the banks, could quickly become a major focus for the huge numbers of ordinary people desperately seeking a real alternative.

If we want to see a genuine political alternative, that is the one to build.

Richard Boyd Barrett is a Councillor for the People Before Profit Alliance and a member of the Socialist Workers Party.