The bad blood between the Minister and the practising barristers extended by late 2011 to encompass the judiciary, many of whom have been outraged by changes to pension arrangements and to a referendum which paved the way for reductions in their pay. This in turn led to the foundation of the Association of Judges of Ireland, a body which has been fronted by High Court Judge and President of the Association of Judges, Peter Kelly, with Supreme Court justice, Adrian Hardiman, playing a hands-on role. Kelly, a widely respected dynamo in the commercial court, castigated a “brick by brick” demolition of the judiciary and has indeed announced his early retirement.

Through much of 2012, relations between the Minister and several senior judges grew increasingly fraught.

The mood was not improved by the decision of the Minister to appoint ten special insolvency judges from the ranks of local county registrars, in a move which some judges appear to believe undermines the status of the judiciary. Eventually, an intervention from the Chief Justice, Susan Denham. brought about a reconciliation – or at least, a restoration of a modicum of civility to the relationship.

In a fascinating development, the Chief Justice – a driver of reform of the court service, in the past – has re-entered the debate by questioning the manner of appointment of people to the Bench. While the establishment, some years ago, of a judicial appointments commission was supposed to have removed the appointment of judges from the political arena, it has been said that the decision, once it is clear the candidate is not an axe murderer, is effectively entirely party political. The Chief Justice has acted in her capacity as Chair of the Judicial Appointments Review Committee, a body actually established by the Minister. One of its more controversial suggestions is the introduction of a requirement that a person serve fifteen years as a barrister or solicitor before being appointed to the Bench.
Minister Shatter has never been a favourite of some more traditionally minded judges, who did not always treat him with due respect when he appeared before them as a solicitor directly representing his clients. Anecdotes abound. Barristers, likewise have not taken kindly to being bypassed by such a prominent solicitor who over the years, has done little to hide his lack of regard for the traditions of the Irish Bar (King’s Inns. Their venerable, anti-competitive, educational emporium has as its motto ‘Nolumus Mutari [We do not want to be changed]’.
Most judges spent their careers at the Bar and, perhaps understandably, owe a deep loyalty to this institution.

However, their scepticism about innovation may also be due to an awareness that the reforms of the legal profession instigated by the Progerssive Democrat leader, Des O Malley, and backed by the Competition Authority – in particular, permission being given to solicitors to advertise – may have contributed in no small part to the Wild West atmosphere that spread across the legal world, among others, during the boom years.

As the legal services bill moves to being signed into law, the professional bodies are sending out mixed signals. One senior figure indicated that much progress has been achieved in winning the Minister around to a more nuanced legislative outcome.

The Law Society has operated through the Fine Gael backbenches which has several solicitor members including the experienced party Chairman, Charlie Flanagan, TD for Laois-Offaly and Eoghan Murphy, TD for Dublin South East, who spoke out against the Bill from the backbenches.
Murphy’s father, Henry is a senior counsel while his great uncle, Frank Murphy served on the Supreme Court. .Leading barristers in or close to the Labour party include Junior Minister, Alex White and former Attorney General, John Rogers SC. Eamon Gilmore’s daughter, Gráinne, is a barrister.
“We are till in the dark on the Bill ” insists Bar Council spokesman, David Barniville, SC. His main concerns are the likely cost of regulation to barristers. They may well pick up a bigger share of the cost of regulation than has been the case up to now. Regulation of barristers up to now has been light-touch as unlike solicitors in practice they do not handle client funds. “We do not have a problem with the concept of an independent regulator”, Barniville insists. His concern is that the Minister’s new creation will impose unnecessary audit burdens beyond those required by the Troika or the Competition Authority.
And he worries that the new body will be unnecessarily large in size, leading to higher costs being passed on to the consumer. Barniville also reiterates the opposition of traditionalists to Shatter’s idea of multi-disciplinary partnerships. “We believe that the barrister’s duties to the court will be diluted. Duties are owed to partners and investors too, in a partnership”.
Although Alan Shatter may not be Ireland’s most tactful politician, he does have the temperament to take on vested interests but time is ticking, a new minister may not be so sedulous, and the well-marshalled and well-got legal lobby is one of the strongest in Ireland. 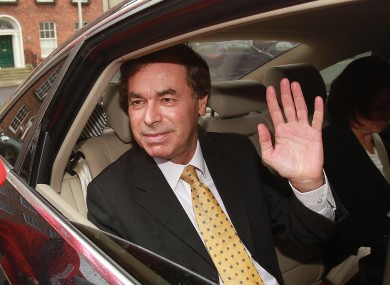