In 2002, the government introduced a €20 fee to lodge observations on plan­ning applications. In 2006, a higher €50 fee was intro­duced for observations for Strategic Infrastructural Devel­opments. Ireland appears to be an outlier in Europe in applying participation fees. Following a complaint by Irish ENGOs and others, the EU Commission initi­ated infringement proceedings against Ireland for alleged viola­tion of an EU EIA Directive due to the €20 fee.

The case was decided in November 2006, and the European Court of Justice (ECJ) ruled against the Commission. The court’s decision was controver­sial, and appeared out of step with the spirit of the Aarhus convention, which seeks to encourage public participation in decision-making related to the environment. However, the convention played no role in the case, as the legal action had been commenced before the EU ratified the convention in February 2005.

Nonetheless, the court’s reasoning was some­what inadequate in any event. In its decision, the court referred to the Commission’s failure to estab­lish that the fee was unreasonable for “processing the observations received from the persons con­cerned”. Whereas the Directive (Article 6(3)) permitted freedom to member states to make arrangements for consultations, the court failed, in its analysis, to sub-divide the consultation phase (seeking the opinions of the public), the gathering phase (collecting written submissions) and the pro­cessing phase (reading, summarising and tabulating comments).

Article 8 of the then-current 1985 EIA Directive mandated that all submissions gathered must be taken into account, suggesting that no fees should be levied after the gathering phase. The court’s substitution of the word “consultation” (in the Directive text) for the word “participation”, allowed the “freedom of arrangements” to extend into the processing phase, but the logic of this extension was not explained by the court.

In fact, the clear separation of the consultation and processing phases had been emphasised in the Directive’s requirement to “fix appropriate time limits for the various stages of the procedure”. The lack of easy access to EU court documents makes it difficult to establish whether the Commission had emphasised these points in its submissions. Cer­tainly consultation fees could have been levied, but only if such fees were reasonably related to the cost. As Ireland chose to allow only written submis­sions, there were no real extra costs involved to planning authorities, beyond the insignificant one of provision of a post-box.

There have been three revisions of the EIA Directive since its inception: one in 1997, one in 2011 and most recently one in 2014, which Ireland has not yet transposed, though it is now overdue.

The question arises as to whether the latest EIA Directive removes any previous wriggle-room for participation fees, especially when one considers the EU’s subsequent ratification of the Aarhus convention?

The updated Directive (2014/52/EU) alters the definition of an EIA from the 1985 definition. It states: “An EIA means a process consisting of… examination by the competent authority of…any relevant information received through the consul­tations under Articles 6 …”. This appears to impose an obligation on a planning authority, when an EIA is required, to examine any relevant information received through the consultation process. 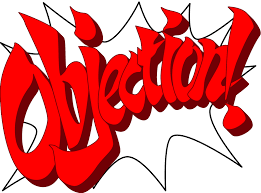 No conditionality can be entertained, once the particular means of receiving the information is determined, (i.e. when a post-box address is nominated). There is no cost to the government in providing the post-box facility, as all relevant authorities already have post-boxes, and any charges imposed in relation to same would be inconsistent with the East Sussex Co Co (2015) ECJ case, which (in the context of environmental information) held that initial set-up fees could not be imposed for information searches.

The term “received”, also hops over any potential hurdles that might be imposed by either “gathering” fees (taking the submission out of the post-box), or “internal distribution fees” (delivering the mail to the relevant depart­ment) within an authority.

Furthermore, as the EU ratified the convention in February 2005, it must now be taken into account, since member states are responsible for adhering to the international obligations of the EU when implementing EU laws. (This princi­ple was established in the 2004 ECJ case of Étang de Berre).

Hence, once an authority receives a submis­sion from the public related to an EIA, it then possesses “environmental information”, as the consultation is an activity likely to affect the environment (since the information which flows from it must be taken into account in decisions which require an EIA).

Ire­land’s “pay-to-partake” system harks back to the nineteenth century when only men above a certain level of wealth could vote.

This no-fees approach was advised by the UNECE Task-Force which produced a Guide on effective public participation in November 2015. The Maastricht Recommendations (Guide) state that in participating, “the public should be enti­tled to submit any comments, information, analyses or opinions that it considers relevant to the proposed activity: (a) Free of charge; and (b) Without undue formalities”. The UNECE Guide, though not binding, clearly raises issues for Ire­land’s compliance with the Aarhus convention.

A constitutional right to participate?

In 2001 (in the case of Redmond v Minister for Environment), the High Court held that there was a “fundamental entitlement of citizens to partici­pate in government as a right” and found that a financial deposit imposed on candidates for the Dáil was unconstitutional. The court found that “discriminating between human persons on the basis of money is an attack upon the dignity of those persons as human beings who do not have money”.

In an earlier Supreme Court decision (Finne­gan v An Bord Pleanála (1978)), the court held that a returnable £10 deposit required for plan­ning appeals to An Bord Pleanála, was not unconstitutional; the court cited the later impugned Dáil-candidate deposit as backup to the claim that such deposits were not unconsti­tutional. The court in Redmond relied on the constitutional basis of the right to stand for elec­tions to distinguish its decision from the (mere) statutory right in Finnegan, as well as on the refundable nature of the deposit. The right to get involved at first instance in planning decisions is arguably more of a constitutional nature than the right to appeal, which might be more ame­nable to limitations.

The legal landscape has evolved significantly since the failed C-216/05 case and it is difficult to see how any participation fees can be justified today where EIAs are involved. The updated and more holistic redefinition of an EIA in the 2014 Directive, coupled with the EU’s subsequent rati­fication of the Aarhus Convention casts serious doubt on the legality of “processing” fees. Ire­land’s “pay-to-partake” system harks back to the nineteenth century when only men above a certain level of wealth could vote. One can only hope that the government, when transposing the 2014 EIA Directive (and appraising the recently closed public consultation), removes all partici­pation fees, and brings Ireland into line with European practice.