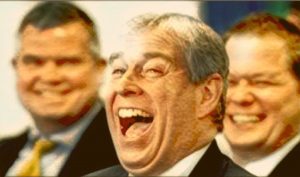 Prince Andrew is hardly in a sweat after the publication of the report on Lord Greville Janner by the Independent Inquiry into Child Sexual Abuse (IICSA). Janner was a paedophile who abused boys and girls. IICSA has confirmed what has been known for decades, namely that witness statements taken by the British police went missing instead of being sent to the Director of Public Prosecutions. Aside from confirming known facts, the report has added little to our knowledge of VIP sex abuse.

Janner was one of a special group of VIP paedophiles which was protected by Whitehall’s darkest forces including MI5.  Other beneficiaries included Margaret Thatcher’s private Secretary Sir Peter Morrison MP, Sir Cyril Smith MP and Sir Peter Hayman, the Deputy Chief of MI6.

Significantly, during its investigation into Janner, IICSA received the evidence of a former ‘rent boy’ from Belfast called Alan Kerr. Kerr’s life story was published by Village over two parts in 2018. (This was before he engaged with IICSA.) As a child, Kerr was let down badly by the NI welfare system and became an underage prostitute. He ended up in London where he still lives. By the age of 18, Kerr had fallen into Janner’s clutches.  Janner once brought him to a performance of ‘The Prince and the Pauper’ where the pair met Prince Andrew. Prior to the event, Kerr was vetted by Scotland Yard/ MI5.

The reason for the vetting was because Kerr was being put on the Royal’s guest list.

The reason for the vetting was because Kerr was being put on the Royal’s guest list.

The security officials approved his attendance. This happened despite the fact Kerr had convictions for sex related offences and was the brother of Richard Kerr, the boy who had blown the whistle on the Kincora Boys’ Home scandal in Belfast a few years earlier. MI5 was deeply involved in the Kincora scandal. Whatever about Kincora, Janner knew that Alan Kerr was a male prostitute who was known to the police. In other words, Janner was prepared to let Scotland Yard and MI5 know that he wanted to bring a practicing rent boy to the event.

Clearly, Janner knew he had nothing to hide  from MI5.

During the performance, Janner let Kerr and Prince Andrew talk to each other without interruption.

The pair were seated directly behind Prince Andrew during the performance.

Why did Prince Andrew seat Janner directly behind him?

Prince Andrew is currently facing a civil legal action brought by Virginia Roberts (Giufree). She accuses him of having raped her. She was procured for the Royal by Jeffrey Epstein and Ghislaine Maxwell.

It is beginning to look increasingly like Lord Janner was acting in a similar capacity for the Prince. Why did Janner think the Royal might be interested in meeting  and talking to a teenage rent boy?

While the Prince was friendly and told Alan Kerr that he would be visiting Belfast later that year, he never made any arrangement to meet him again.

Did MI5 warn the Royal subsequently that Alan Kerr was the younger brother of the boy who had blown the whistle on the Kincora scandal a few years earlier?

None of this – nor anything remotely connected to it – is  addressed by the IICSA report.

It is doubtful that the IICSA sought or was given MI5’s file on Alan Kerr or Prince Andrew.

Alan Kerr is not named in the IICSA  Report.

IICSA failed to investigate child sex abuse perpetrated by VIPs such as Enoch Powell MP, Jim Molyneaux MP and Knox Cunningham (all of whom were members of the Anglo-Irish Vice Ring) despite the fact IICSA was set up to probe sex abuse by VIPs.

There is nothing in the IICSA report on Janner which even hints that it sought Prince Andrew’s guest list for the performance of ‘The Prince and the Pauper’ which Kerr attended as one of the listed guests.

Prince Andrew was not asked to provide evidence by the IICSA.

Prince Andrew was not asked to provide evidence by the IICSA.

Fr. Dougal McGuire would probably have done a better job at finding the truth about VIP abuse than the IICSA. 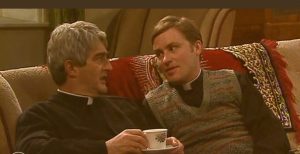 Last week the Metropolitan police confirmed that it will not be investigating Prince Andrew for the abuse of Virginia Roberts.

The sad and depressing reality is that MI5 has monitored the sexual excesses of members of the Royal Family, politicians and other persons of influence for decades. Lord Mountbatten was another member of the Royal Family who abused children, including boys from Kincora. Kincora was run by both MI5 and MI6. The boys Mountbatten abused were driven to him at his holiday castle in the Republic of Ireland by Joseph Mains, an MI5/6 agent who worked as the ‘warden’ at the home. MI6 has admitted a connection to the Kincora scandal. During the Hart Inquiry, MI6 revealed that its former Chief, Sir Maurice Oldfield, had a ‘relationship’ with Mains. Hart included this admission in his 2017 HIA report. The British media has ignored this fact.

Put simply, MI5 and MI6 are untouchable as they are the repositories of a mountain of vile ‘compromat’ about British and Northern Irish VIPs. A glimpse of the power they exert was exposed by former British PM David Cameron. He told the family of Patrick Finucane, the solicitor who was murdered by MI5 agents in the UDA in 1989, that he could not order an inquiry into the assassination because people around him in Whitehall would not let it happen.

Meanwhile, the British government continues to deny access to the diaries of Lord Mountbatten despite the fact it purchased them and gave them to Southampton University so they could be studied. What has that scrutiny revealed which has propelled their non disclosure?

Part 1 of Alan Kerr’s story can be found here: The Boy on the Meat Rack

The BBC’s failure to ask any hard questions of Prince Andrew about Alan Kerr can be found here: The Prince, the paup enquiry into sexual abuse except in England has produced its report in completely ignored the Asian maple statement of effectively shut if I press the Go button now you you adequately er and the paedophile peer: the dangerous questions the BBC failed to ask. 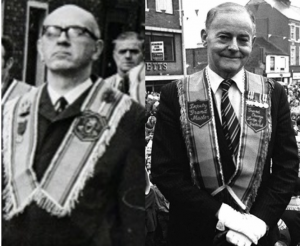 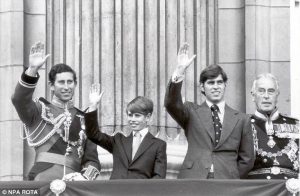 Also: Mountbatten, the Royal who abused boys aged 8-12. The British Government purchased Mountbatten’s archive for the benefit of historians (allegedly) but has locked it away. It may include details about his links to paedophile networks including the Anglo-Irish Vice Ring.

With regard to Prince Andrew:  The Prince, the pauper and the paedophile peer: the dangerous questions the BBC failed to ask. 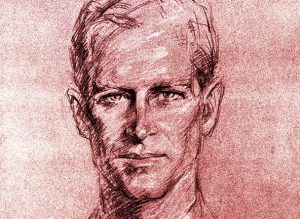 With regard to Roy Cohn who was Donald Trump’s mentor: Trump&#8217;s mentor: another sociopathic paedophile child-trafficker in the mix; from Roy Cohn to Epstein and Maxwell.

With regard to Enoch Powell: Suffer little children.

With regard to former British prime minister Ted Heath: Not just Ted Heath: British Establishment paedophilia and its links to Ireland

With regard to Margaret Thatcher, MI5 and the murder of the lawyer Patrick Finucane: Thatcher&#8217;s Murder Machine, the British State assassination of Patrick Finucane. By Joseph de Burca.