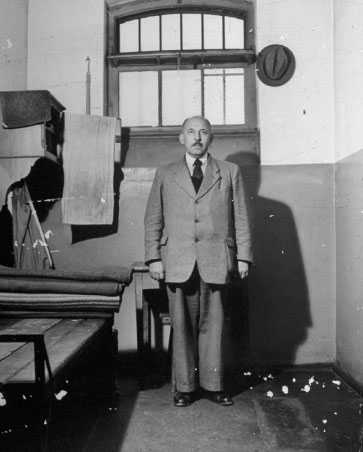 Prosecute a banker (A DIY guide for Village readers)

Since the beginning of the banking crisis in September 2008, the government’s strategy has been to protect the banks at all costs.  With the IMF/EU deal announced recently, it is now clear that the government intends that the taxpayer will pay for bank losses irrespective of the impact on public services and on the wider economy.  The final cost of this policy is not yet known, and it may never be known.  We have lost track of the billions of euro already spent and the billions more promised.  The government’s decisions may lead to national bankruptcy.  The voters will get a chance to express their opinion on this policy in the upcoming general election.

It is also clear that there will not be any criminal prosecution of senior bankers under this government.  More than two years have passed since this crisis began and apart from a little grandstanding by the Gardaí in March 2010 (with the arrest of Sean FitzPatrick) and the occasional public statement by the Gardaí, nothing appears to have happened.  In a previous article I wrote about how some of these criminal offences were not very complex.  Two in particular carry jail terms of up to 5 years and a number of board members from both Anglo Irish Bank and Irish Life and Permanent could be prosecuted and face jail terms of up to 35 years.  Voters may take direct action against politicians on polling day, but is there any direct action they may take to prosecute white-collar criminals?

The general rule in criminal law is that the State prosecutes the defendant on behalf of the people.  For serious cases the Director of Public Prosecutions (DPP) initiates the prosecution and for minor offences it is the responsibility of the individual Garda who is in charge of the case to initiate a prosecution. But audit  is not the only possible source of criminality that could ground an action; and the Financial Regulator is, for example, investigating allegations that banks provided “false and misleading information” to NAMA about the value of their toxic property loans.

But there is a little-used process whereby any individual may initiate a criminal prosecution.  This is known as the right of Common Informer.  Over recent years the rights of the Common Informer have been limited by Acts of the Oireachtas, but the basic right still exists.  The rest of this article will set out the process involved in taking a criminal case by way of Common Informer.  But first, it is necessary to explain some principles of sentencing in criminal law.

A summary offence is a minor offence, triable in the District Court, with the judge acting as both judge and jury.  The maximum penalty is two years in jail or a fine of up to €5,000.  An indictable offence is a serious offence, triable in the Circuit Criminal Court or the Central Criminal Court.  The case is heard by a judge and jury and there is no limit on jail term or fine.  The punishment available for any individual offence is set out in the relevant statute.  For many crimes the statute sets out a punishment if the case is tried in the District Court and a heavier punishment if the case is heard in the Circuit Criminal Court.  The choice of court is, in general, determined by the prosecuting authority (such as the DPP).

For example, S197 of the Companies Act 1990 makes it an offence for an officer of a company to give a false statement to the company’s auditors.  S240 (as amended) sets the punishment for that offence as follows:

Should more than one false statement be given to auditors, for example, were a false statement made in each of 7 different years, the defendant could be charged with 7 instances of the same offence.  Were the prosecution to be successful, it would be up to the judge to determine if the sentences should be served concurrently or consecutively.  Were the former chosen then the defendant would serve a 5 year jail term, while in the latter case he would serve a 35 year jail term (5 years x 7 offences).  The normal procedure is for concurrent sentences to be handed down but if the offences are serious enough then the judge may impose a consecutive sentence, or a combination of both.

Any private individual may initiate a criminal prosecution as a Common Informer.  The process begins with the making of a complaint under S10 of the Petty Sessions Act 1851.  That act states that a complaint is made to a judge of the District Court.  If the judge is satisfied that there is a prima facia case then he must issue a summons for the defendant to appear in court to answer the complaint.  The judge must ensure that there is substance to the complaint and may refuse to issue a summons.  But the evidential threshold that the Common Informer must reach at this stage is low.  There is no time-limit on the making of the complaint by the Common Informer for offences that may be tried either in the District Court or the Circuit Criminal Court.

This decision is a difficult one.  On the one hand, in the District Court, the Common Informer has full control and there is no room for political interference.  But on the other hand the possible punishment for the very serious crimes that have been committed is low.  It may be that no one will ever spend time in jail for these banking offences due to inaction by the authorities.  In this case, it would be a success if a 1 year jail term were handed down.  Also the Common Informer must produce evidence to prove each element of the offence, a point which is discussed further below.

The solution here might be to initially seek to have the offences tried in the Circuit Criminal Court.  If the DPP does not continue with the prosecution, then the case may be taken again, this time in the District Court.  This should not fall foul of the long standing legal principle of double jeopardy.  This states that it is not possible for a defendant to be tried for the same crime twice.  It was developed as a vital protection of citizens from an abuse of the power of prosecution by the State.  But according to S4A(4) of the Criminal Justice Act 1967 that does not arise in these circumstances.  If the DPP does not continue with the prosecution, another case may be taken at a later time.  It  is not clear if this section would withstand the inevitable constitutional challenge by any proposed defendants.

The most difficult part of any private criminal prosecution will be the gathering of evidence.  The State has wide resources such as powers of arrest, search and seizure.  It may detain suspects for questioning and ask the court to issue warrants for the searching of offices and private homes.  The Common Informer has none of these resources, but the burden of proof is the same.  In order for a prosecution to succeed, the Common Informer must be able to prove all the elements of the offence beyond a reasonable doubt.  Attempting a prosecution without this evidence is, at best, counterproductive.  Some of the white-collar crimes are complex, but others are relatively simple.  But even for simple offences the evidence must be sufficient to meet the burden of proof.  The offence of giving a misleading statement to an auditor contains the following elements:

The key evidence here would be the testimony of the auditors.  The precise date and time of the making of the statement would need to be proven.  Co-operation of the auditors would be desirable but not essential.  Expert evidence must be tendered that proves that the misleading statement was material to the audit.  Failure on any of those elements and the prosecution will also fail.

But auditors are not the only possible crimes that could ground a and the Financial Regulator are investigating allegations that banks provided “false and misleading information” to NAMA about the value of their toxic property loans.

Following recent complaints from Michael McGrath TD, the Gardaí and the Financial Regulator are investigating allegations that banks provided “false and misleading information” to NAMA about the value of their toxic property loans. It is possible that complaints could also be made about possible inaccurate information provided by the banks some time before that – immediately before the bank guarantee.  But both of these possible wrongdoings could also be prosecuted by Common Informers.

The right of a Common Informer is limited, but still very powerful.  It has never been used in this way.  Normally it is used as a procedural device to allow an individual Garda to initiate a prosecution.  There is no reason why a properly researched, funded and proven case would not work.  Any case would need to have access to legal advice from criminal lawyers, financial advice from accountants and auditors and sufficient resources to deal with the legal challenges that the powerful defendants would inevitably raise.  But if the DPP and the incoming government fail to take action against Ireland’s corporate criminals, ordinary citizens should use this residual power.  It is vital for the future of our democracy that the rich and powerful are treated by the law on equal terms as the poor and weak.

Gary Fitzgerald is a practising barrister and recently resigned as chairman of the Greens National Executive Council.