Donald Trump is pulling out of the Transpacific Partnership (TPP). He is also likely to abandon the TTIP (Transatlantic Trade and Investment Partnership) and NAFTA (the North American Free Trade Agreement).

You would be forgiven for thinking that organised labour in Ireland might be pleased about this. After all, we have engaged in several campaigns in opposition to TTIP. To be clear: we do not mourn the probable passing of TTIP, but Donald Trump is tearing it up for all the wrong reasons and, what’s more, he wants to replace it with something that may be even worse.

To understand where we’re coming from, let me first refresh your memory as to why we opposed TTIP in the first instance. This point is not moot given that TTIP is still alive; CETA, its sister agreement, continues to progress; and our opposition to TTIP is the context in which we oppose Trump’s new vision.

We opposed TTIP because, despite what its cheerleaders might say, it is not a ‘free trade agreement’ in any meaningful sense. Rather, TTIP (along with TPP and NAFTA) are, as Noam Chomsky has pointed out, investor rights agreements for US corporations.

It’s no coincidence that these giant agreements (beginning with NAFTA in 1994) come about just as the emerging economies of the so-called BRIC countries (Brazil, Russia, India and China) begin to gain some leverage within the World Trade Organisation.

Competition from these regional powers is intolerable to the US superpower, and so its government embarks on a mission to set up a parallel global trading and investment system specifically aimed at strangling these emergent challenges.
NAFTA is designed to isolate Brazil, TPP to isolate China and TTIP to isolate Russia. Both the TPP and TTIP have negative effects on India.

Immediately, then, it is obvious that these agreements are not interested in facilitating open, free trade. In fact, their main purpose is to protect wealthy, powerful US incumbents. They are protectionist agreements.

Part of the key to understanding this is to realise what percentage of what is called ‘global trade’ is actually just intra-firm transfer, and helps to facilitate some very large -scale tax avoidance operations. That is to say, one arm of company ‘X’ shifting goods over to another arm of company ‘X’ and happening to cross a border in the process (a grocer moving a tin of beans from one shelf to another is often used as an analogy).

The working paper concedes that the actual figures are likely to be higher as the data do not capture various forms of intra-industry transfers in which very closely related (though not identical) firms transfer goods among themselves.

So, it’s likely that in more than half the cases we refer to as ‘international trade with the US’ we are talking about multinational corporations shifting goods around internally in their organisations.

We should consider why it is that multinational corporations split up their operations and locate parts of themselves in various places around the globe. The idea is that, as long as there are no penalties for shifting capital across borders, these corporations can locate the various sections of their enterprise in the places most advantageously set up to receive those particular parts.

For example, a company may locate manufacturing in a low-wage, high-repression environment where it relies on the state to bust unions through violence. It might locate waste disposal in West Africa, having ensured there are no environmental regulations to contend with.

It might choose to pay its tax in Ireland, where it can be sure Government will mobilise state resources to defend its low corporate-tax rate against external upwards pressure. It might also locate its research and development somewhere where it can rely on the taxpayer to fund it through subsidies to universities’ science departments.

Finally, it might use the population of the United States as its consumer base: it can rely on the US government to bailout the financial system when it collapses, meaning that US citizens can continue to consume on credit. In order to ensure this state-support these corporations buy elections for pro-business candidates.

There is risk involved in globalising a business though. All of a sudden, the corporation has to contend with numerous different electorates, regulatory systems, leaders and so on, who may disrupt business activities.
In order to mitigate this risk, the corporation designs these investor right agreements that transfer power away from the state and into their hands. The agreements do away with tariffs – economic barriers to entry that enrich the state – and replace them with (as in TTIP) extremely strict patent protections – economic barriers to entry that enrich incumbent private enterprise. They also include detailed rules of origin which offer preferential treatment to US incumbents and prevent BRIC competitors from entering the market.

These are not free trade measures, they are highly protectionist measures aimed at protecting US incumbents from competition and state interference. These measures demonstrate a contempt for the principles of the free market – they are market distortions on a grand scale.

These are not conspiracy theories. Of course agreements like TTIP have to contain complex regulations and much of the detail has to be agreed upon behind closed doors in order to allow for serious negotiation. Unregulated free trade is not a good alternative. Regulation is good – what’s important is making sure that the regulation included in these agreements is the right regulation for workers, the environment and wider society.

A one-stop-shop for corporate exploitation

In the most recent American election, two major candidates ran on anti-TTIP/TPP/NAFTA platforms: Bernie Sanders and Donald Trump. Unsurprisingly, neither received any significant corporate financial support. Sanders was crowd-funded through micro-donations from individuals, while Trump relied largely on his own wealth to fund his campaign. The corporate candidate was Hillary Clinton (whose husband, former US president Bill Clinton, signed NAFTA).

We know from Wikileaks that the Democratic primary was rigged against Sanders in order to prevent him from winning. Trump was not taken seriously as an opponent as even Clinton’s corporate sponsors could not foresee that one of those BRIC rivals (Russia in this case) would intervene in the election to ensure that the pro-TTIP candidate lost.

Of course, the other major reason Trump won was that he breached the Democrats’ so-called ‘blue wall’ and took the Rustbelt. The reason that the Rustbelt provided such fertile ground for Trumpian rhetoric (oversupply of cheap labour) can – of course – also be traced back to NAFTA.

Donald Trump is against TTIP, the TPP and NAFTA in a very specific sense. His idea is to import into the US Irish tax policy, West African environmental policy, Mexican wages and to fund research and development under the guise of increased military spending.

In other words, he wants to turn the US into a one-stop-shop for corporate exploitation. Both TTIP and Trump are protectionist (in slightly different ways) and protectionism is of little use when it is designed to protect such narrow corporate interests.

A protectionist US policy that deregulates private industry in order to attract multinationals home represents a real risk for European economies. But a system of global trade deals (such as TTIP) that lead to neo-colonialist corporations on the scale – and with the power of – the Dutch East India Company, is an equally unattractive option.

There are other options if we are prepared to look at them. Reasonable trade deals that protect workers, the environment – and encourage innovation – are achievable. A few weeks in to the new US administration, there seems little hope that that such an approach is likely.

Europe needs to get behind a more progressive alternative. 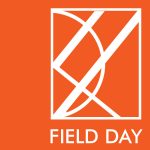 Field Day will contribute articles on a range of Irish and non-Irish themes.
Founded in 1980, Field Day is a publishing and theatre company dedicated to cultural critique.
A Field Day podcast will be launched later in 2017. www.fieldday.ie