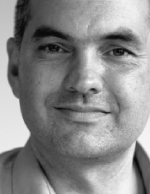 As I write this in early December, many of the world’s newspapers are leading with the extraordinary achievements of a group of remarkable women.   Okay, so the celebrated achievements of Rachel Uchitel, Jaimee Grubbs, Kalika Moquin and perhaps other improbably-named “birdies” (har-de-har) are to do with their alleged capacity to engage in sexual activities with Tiger Woods.  Liberation has got to start somewhere.  The prominence enjoyed by this bevy of beauties (and more power to them) is a consequence of the media’s ever-ready shock (shock!) at the fact that a very attractive and rich person, brimming with competitive ego, and constantly travelling the world, would have sex with people other than the lawfully married spouse.
If ever a story should qualify as non-news under the rubric of dog-bites-man, it’s this one.  Notwithstanding the golfer’s own “transgressions”-speak, nonsense about the sanctity of marriage or about the special sanctity of this particular celebrity marriage can be dismissed out of hand as an excuse for covering this story the way ice used to cover the North Pole.  Nope, we all know Woods’ behaviour is predictable and, frankly, commonplace.  We read and talk about it precisely because it’s a nasty piece of privacy-invading gossip.  No decent newspaper would go near it.  Luckily for our baser natures, there is no such thing as a decent newspaper; the Irish Times put it on page 1.
As several commentators have pointed out in the midst of the continuing national argument about the economy, one situation in which women are slightly more likely than average to get a fair shake for reasons other than their genital connections is when they work in the public sector.  This is one of the countless reasons to reject the prevailing orthodoxy that suggests public-sector workers have had it too good in this country.  There is a strong argument, on the other hand, that they (we – I lecture for a living in a publicly funded third-level institute) have had it good.  I didn’t think much of the benchmarking lark when it was first introduced, but after a few years I came to address benchmarking with a polite tip of the hat and thanks from me and all the family.
But “too good”? The concept is admissible only in a pragmatic sense; did public-servants’ relative good fortune do serious damage to this society? It’s very hard to argue that they did – not when the spectacle of Anglo Irish Bank is there to remind what a real menace to society looks like, a menace that is still employing people on six-figure salaries to try not to do any more harm, at a cost of billions to the Exchequer.  No, the complaints against public servants that rang through 2009 had a tone of moral-outrage, a way of lashing out at a different sort of promiscuous Tiger, rather than containing any practical analysis.  Why should they (we) have secure jobs, half-decent pensions, reasonable holidays, unions to look after them…? The question, of course, should be: why shouldn’t everyone have these things? There should be no moral superiority about being exploited more than your neighbour.
The campaign against public servants comes, of course, at a time when many in the private sector feel fortunate to be exploited by an employer as opposed to queuing for the dole.  But the crisis shall pass, eventually, and workers in all sectors must resist our very own Shock Doctrine, the use of crisis to roll back the gains made by workers over decades, not only in our wages and conditions but in the provision of public services (admittedly pretty crummy public-service gains in Ireland, poster-isle for neo-liberalism).
Ah, but what about “competitiveness”? The bland acceptance of this word’s applicability to this crisis, usually preceded by “restore”, has been one of the great achievements of the Shock Doctrinaires.  And it is a nonsense, firstly because it should have little relevance to public services, we don’t pay our nurses a salary that will make them employable by, say, the Estonian health system; we are not (yet) in the position where we are flogging our civil service on the world market.  The fact that our wages are high compared to other EU states is not surprising; most things are more expensive here.
But shouldn’t we be cutting salaries across the economy, with public-sector workers setting a good example, so that we can “competitively” sell our private-sector goods and services abroad? Well, believe it or not, we’re doing just fine with that.  In the midst of the greatest global economic crisis in decades, Irish exports rose by 4 per cent to June of this year.  In December we learned that Irish manufacturing output had risen.  And remember, that’s without any evidence of substantial cuts in private-sector wages.  Google Michael Burke’s article, “Ireland: The Nature of the Crisis”, Socialist Economic Bulletin for a detailed, rigorous and eye-opening explanation of what we’ve been going through.  The “competitiveness” narrative is, as Burke writes, “a misjudgment, at least”.  But don’t expect to read that sort of sober analysis in Irish newspapers, which, even as they die out, are still very much in the business of delivering all sorts of shocks.  We are literally the poorer for it.