The resignation of the chairman and vice-chairman of the Kildare and Wicklow Education and Training Board (KWETB) in early December is the latest dramatic development in a controversy that has already been marked by the early retirement of its chief executive, Seamus Ashe.

Chairman and Wicklow councillor Jim Ruttle and vice-chairman, Kildare Fine Gael councillor, Brendan Weld announced their resignations in early December after a number of different inquiries were launched into various matters relating to the KWETB, which has an annual budget of €116m.

Controversy erupted following a report by the Comptroller and Auditor General (C&AG) which queried the KWETB accounts for 2016 and raised issues including the award of tenders, the rent of properties and the use of vehicles controlled by the board. Among the matters raised was the rent of a property in Naas to a company, Postbrook Ltd controlled by Jennifer Ashe, a daughter of the chief executive, as reported previously by Village.

The refusal by the C&AG to approve the accounts and other matters he raised prompted the appointment by education minister, Richard Bruton, of an independent consultant, Dr Richard Thorn to investigate various issues at the KWETB.

A potentially more serious issue engulfing the Board and its executives was the intervention of the Health and Safety Authority (HSA) in a dispute over the safety of a new school extension, funded by the KWETB, at St Conleth’s Community College, in Newbridge. The National Economic Crime Bureau (aka the Fraud Squad) has also been called in to look at this aspect of the growing controversy.

In late November, the architects on the project, MCOH based in Tullamore, County Offaly, issued a notice to construction company, K & J Townmore Construction Ltd., another Tullamore-based operation, to cease work on the almost completed school extension pending provision of certification required to guarantee the quality and safety of the work.

In particular, MCOH, the assigned certifier, sought a testing report for precast concrete frame work and for precast hollowcore floors as well as further information required by the HSA. A senior HSA executive, Kevin Brannigan, also wrote to Townmore in recent weeks seeking information which he required in order to satisfy its requirements about the quality of work at the school extension which is due to open for students in the new year. 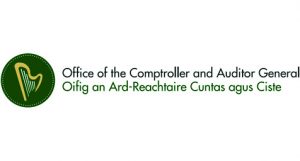 On 5 December, Brannigan complained to Townmore about “a dripfeed of emails/memory stick” which had been sent to him as a “result of me identifying deficiencies” with regard to proposals by the construction company to resolve outstanding certification and other matters. Among the issues in contention is the quality and certification of work completed by a now liquidated company, Concrete Designs Concepts Ltd (CDC) which Townmore had contracted to supply beams and columns.

Brannigan wrote that he had “expected for some time a structured proposal with clear identification of the specific number of identified beams/ columns, designed/manufactured by CDC; a defined methodology of what processes you intend to adopt such as scanning and if any destructive/ intrusive testing is intended to be undertaken; and clear identification of the body/persons who will undertake the analysis…”.

A further meeting between the companies involved and the HSA took place on Tuesday, 12th December, to try and resolve the outstanding issues.

In parallel with the HSA investigation, the High Court heard arguments on affidavit from Townmore which was seeking to force Wexford company, Drumderry Aggregate Ltd, to provide required certification for the hollowcore floors it installed in the school. Drumderry claimed that it could not certify the work as the floors were now connected to beams and columns which it did not manufacture.

In a recent affidavit provided to the High Court, Drumderry claimed that the floors it installed are attached and connected to columns which it did not erect.

It stated: “The columns are not CE marked as required. The result is that the Defendant (Drumderry) cannot certify that its floors are installed in accordance with the drawings it was given”.

Complicating this is a claim by Drumderry owner, Sam Deacon, that CDC Ltd had been created by a former employee of his and had used the headed notepaper of his company without permission, among other misdeeds.

If this was not enough of a headache for the KWETB as well as the contractors and others involved in the St Conleth’s project, an appearance before the Public Accounts Committee (PAC) of the Oireachtas revived earlier complaints of mismanagement in the education sector in Kildare stretching back several years.

At a PAC hearing on 16 November, Seamus Ashe confirmed that he had previously appeared before the committee in 2012 in his capacity as a senior executive with Kildare VEC.

Sinn Fein TD, Mary Lou McDonald, reminded Ashe that his 2012 appearance at the PAC was in connection with “the sorry saga of €180,000 worth of computers and support services bought from a former employee”.

She said: “We heard of failings in Kildare VEC’s handling of a €23m school building development, as a consequence of which the Department (of Education) had to bail out the VEC to the tune of €20m. Issues were raised relating to land and property and a school development, with €139,150 paid to an auctioneer in 2008 without a competitive tender…”.

Ashe confirmed that a year later, he was appointed as chief executive to the newly established KWETB. Asked whether the previous issues relating to poor governance were raised prior to his appointment, Ashe replied that he had been redeployed within the public service.

Asked about the current investigation into the KWETB by independent consultant, Dr Richard Thorn, following the refusal by the C&AG to approve its 2016 accounts, Ashe said that he was “precluded from discussing that matter”.

McDonald asked whether his decision to retire at the end of December was “influenced in any way by the fact that the investigation is under way?”.

“Not in the slightest… It is for personal reasons”, he replied.

Ashe told the hearing that they had been advised not to discuss matters at the PAC pertaining to the current investigation. Dr Thorn, the man tasked with leading the inquiry had advised them not to talk to anyone as it could interfere with his investigation, Ashe claimed. Jim Ruttle also declined to answer questions relating to the inquiry by the C&AG into the 2016 accounts of KWETB.

McDonald replied: “With respect to…Mr Ashe, Mr Ruttle and Dr Thorn, this is a committee of the Oireachtas; it is not the local bingo club or a forum one can attend and decide whether one will answer questions. The witnesses’ organisations are in receipt of massive amounts of public money. There are now matters of controversy arising from their stewardship, oversight and expenditure of that money. It is part of the democratic accountability of our structures and it is not for Dr Thorn to advise anybody not to come in here and co-operate with our committee. I find that shocking and scandalous”.

In relation to potential conflicts of interest at the Board, which are among issues mentioned in the terms of reference of the Thorn inquiry, McDonald asked Ashe whether his son worked in procurement for the KWETB.

Ashe confirmed that he worked as “administrative officer in the corporate services section” of the board.