Daring to be a Daniel

Nearing his 84th birthday, the man once denounced in The Sun as the most dangerous man in Britain battles to stay scary. “The final corruption in politics”, says Tony Benn, is “to be a national treasure”. The most outspoken figure on the left of the British Labour Party  worried in his   diaries published in the late 1980s about becoming a “cuddly” socialist, more indulged than respected, in an age that had left socialism well and truly behind. Today, he’s more aware than ever of the challenge facing a once-feared politician. “You become a kindly, harmless old gentleman. And I am kindly, I am old, I could be a gentleman. But I hope I’m not harmless”, he says.

To avoid harmlessness, Benn goes to extraordinary lengths. From  death threats  (he speaks of a recent one  as validation) – to resigning from parliament in 2001 to “spend more time involved in politics”, his ongoing struggle for relevancy is unmatched by most octogenarians. Last year, Benn estimates that he spoke at 161 meetings and made 170 broadcasts. “I’m working harder than I did as a member of parliament,” he argues convincingly. As if to underline the point, he’s interrupted by a call from the Stop the War Coalition – of which he is President – “no doubt for another meeting”.

Benn has involved himself in many other issues.  For example he was in Ireland last year to speak against the Lisbon Treaty. He has form in opposing European integration: Benn fought against the Maastricht Treaty in the 1990s, and mounted a campaign for Britain to withdraw from the Communities in the 1970s. “I’m a European – I was born one and will die one – but the present European Union structure is the most undemocratic you can imagine”, he says. “Power is in the hands of people you don’t elect and cannot remove, and therefore they don’t have to listen to you. That whole structure needs to be changed by an infusion of democracy. The next Irish referendum is a very important turning point, not just for Ireland, but  for Europe”, asserts Benn.

“I came to Dublin to speak against the first referendum last year. If I’m asked again I will come back”, he adds, undeterred by recent polls that show far greater support for the treaty this time around. Interestingly, rather then singling out any specific aspect of the Treaty he disagrees with, Benn seems to relish the consequences of a ‘no’ vote. “If the Irish voters turn it down again, then Europe will have to think and rethink. I hope out of that comes a looser, more co-operative and less dictatorial system”, he claims optimistically.

Indeed, Benn’s optimism is extraordinary for a politician who has suffered repeated disillusionment. It means that, when he speaks earnestly of pessimism as “a prison into which you put yourself,” and of hope as “the fuel that powers engines of change,” he sounds less like cloying Tony Blair and more like an unrepentant idealist. At any rate, he’s unrepentant about diving headlong into controversial causes. “Looked at it one way, the greatest offence in politics is to be a little bit ahead of your time”, he says. “I supported a well-known terrorist when he was sentenced to life in prison – that was Nelson Mandela. I supported gay rights when it was considered unspeakable. I was in favour of freedom of information, colonial liberation”, he continues. “I was threatened with expulsion from the Labour Party for meeting Gerry Adams, and now I can’t get to see him because he’s in and out of Number 10 Downing Street all the time!” Benn’s connection to Ireland, however, runs deeper than a meeting with Adams. “I’ve always been a supporter of the Irish cause”, he says. “My grandfather was elected in 1892 as a Member of Parliament in favour of Home Rule for Ireland and my father campaigned passionately against the black and tans. I was in the Cabinet when the troops were sent in during 1969 and noted at the time that I thought this was a dangerous thing to do.”

Benn’s experience in Cabinet, in fact, is what he credits with the most remarkable aspect of his career in politics: a dramatic leap to the left after tasting the trappings of ministerial office. Two stints in Government – from 1964 to 1970 and from 1974 to 1979 – saw him serve as Postmaster General, Minister of Technology, Secretary of State for Industry and Secretary of State for Energy. Despite having established radical credentials early, by renouncing a peerage, Benn was a sufficiently mainstream figure to be a serious leadership contender – and branded a fascist by protesting students in 1968. However, after Labour lost the 1979 election, he resigned from Michael Foot’s shadow cabinet, and began to sound more like those activists himself. “Within days”, he told the 1980 Labour Party Conference, a Labour government should grant powers to nationalise industries, and abolish the House of Lords “within weeks”. According to Benn, it wasn’t quite the u-turn that it may appear. “You mustn’t think I moved from right to left: I moved from left to socialist”. However, adds Benn, his experience at the peak of his career radicalised him. “When I got into the Government and realised that the power in society wasn’t trusted to parliament, but to enormous centres of power elsewhere, it moved me to the left”, he says. “It made a socialist realise that the real clash in the world is not between black and white, men and women, Muslim, Christian and Jew. It’s between the 95 per cent of the population who create the world’s wealth and the five per cent who own the world’s wealth”.

Of-the-peg mutterings about unseen centres of power – when pressed, he names the media, the business community and the European Commission – have made it easy to characterise Benn as a fire-breathing conspiracy theorist. However, despite being outspoken on individual issues, Benn is fairly ambivalent about ideology itself. “If I weren’t a socialist, I don’t think I’d find it easy to understand the world but I’m not trying to persuade people to share that view,” he says. “At the moment, I think it’s right to campaign on issues. I’m President of the “Stop the War” coalition and do masses of meetings for them. I support the pensioners in their claim for a living pension. I’m against students being saddled with debt. I’m campaigning for civil liberties and union rights – and for democracy generally. I find that, if you campaign on an issue, you do draw support from across the whole political spectrum”. He’s quick to contrast an open-minded approach with ideological purists. “There’s one paper that I get sent every week – the Weekly Worker. Now, Weekly Worker on page one calls for socialist unity. And on pages two, three, four, five and six it denounces every other group for betraying socialism! The idea of everybody being the leader of a socialist party with one member – themselves – doesn’t get you anywhere. My view is that you have to work together, but co-operate around the issue, and not around your own particular ideological viewpoint”.

It’s strange to hear such a sanguine view coming from someone often blamed for making Labour unelectable in the 1980s, and whose clashes with its leaders were documented in 50 million words’ worth of diaries. Neil Kinnock, he predicted, would go down in history as “the man who ruined the Labour Party”. Today, he still has little time for the man he challenged for the party leadership in 1988. “I don’t want to be too personal, but he gave up everything he believed in to get power. And, in the end, nobody believed a word he said about anything”. His diaries are also peppered with caustic comments about New Labour, and the memorable line that he would not trust Gordon Brown “to run a corner shop”. Benn is a little bit more generous about the Prime Minister today, but still contemptuous of New Labour’s approach despite his son Hilary’s centrality to it. “The theory was that you’d never win with Labour policy. Therefore, you’d only win if you got Mrs. Thatcher’s economic policy,” he says, adding how Thatcher cited New Labour as her greatest political achievement.

If, Benn seems particularly derisive of New Labour and Kinnock, or takes perverse pride in being vilified, it’s probably because he places such importance on sticking to beliefs. “I divide politicians into two categories, regardless of their party: the signposts and the weathercocks”, he explains. “The signpost holds out a hand and says ‘this is the way you should go’. You don’t have to take its advice but, if you come back in ten years time, the signpost is still there. The weathercock hasn’t got an opinion. It’s looked at the polls, studied the focus groups, talked to the spin doctors. I have no time for weathercocks – I try to be a signpost man. Of course, there are periods when people reject the advice on the signpost, but, if they come back, it’s still there. Trust in politics requires a degree of consistency”. This belief, he claims, came from his father, who urged him to stick to his principles in politics. “He also said something else to me: ‘dare to be a Daniel’”, a reference to the Old Testament prophet whose outspokenness landed him in a lions’ den. Like Daniel, there’s a strong strain of personal morality in Benn’s approach to issues. “Most political questions are at root moral questions: is it right or is it wrong?” he says. “Although technology changes at an exponential rate, the moral questions don’t really change. If it’s wrong to kill somebody with a bow and arrow, it’s wrong – even more wrong – to kill them with an atomic bomb” .

Having followed his father’s advice – and ploughed an increasingly lonely furrow during the 1980s – Benn now enjoys notoriety with the freedom of having nothing to lose. “I’ve got a decent pension and don’t want anyone to vote for me”, he insists. “The most important thing for the old to do is to encourage people. People are being put down, belittled and ignored all the time. If you encourage people, then it doesn’t reflect to your credit – but it means they walk ten feet tall and are more likely to do things”. Career politicians wouldn’t be encouraged by the story of a talented minister whose insistence on principle probably cost him any hope of power. Anyone contemplating political self-sacrifice for what they think is right, however, can take some comfort in the thought that, like Benn, they may one day be prouder for it. 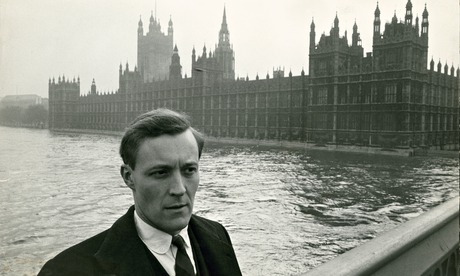